Cameras at an exhibition

The Oshkosh Public Museum’s Then and Now exhibit will include a selection of cameras from the Museum’s collection.

The collection is rather small and nothing is particularly valuable but it does include a few items of interest. Until recently they were generally uncatalogued. Since I spent most of last year working with them, I was asked to choose what would be included in the exhibit.

I went to retrieve them from storage with Neville and my new little Joby tripod.

Waiting for the elevator on the third floor. 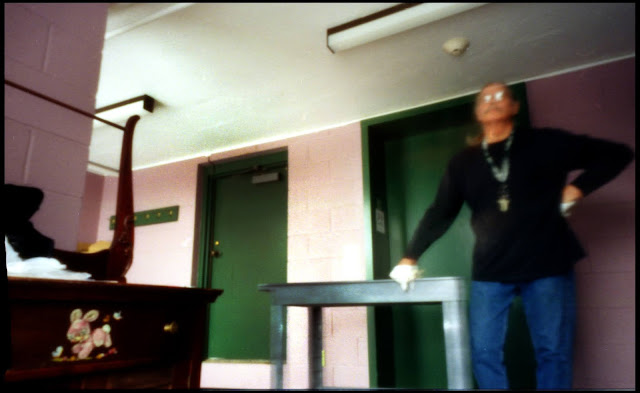 Most of the artifacts are stored in the annex which was the carriage house of the Sawyer Mansion. To get to the storage area, you have to go through the well equipped museum shop. 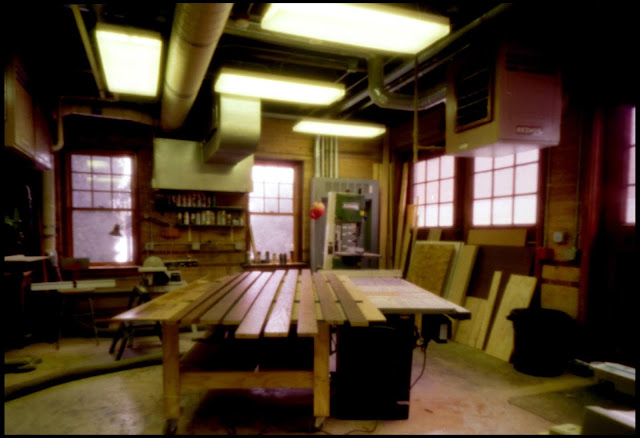 All the photographic technology is stored in compact shelving. 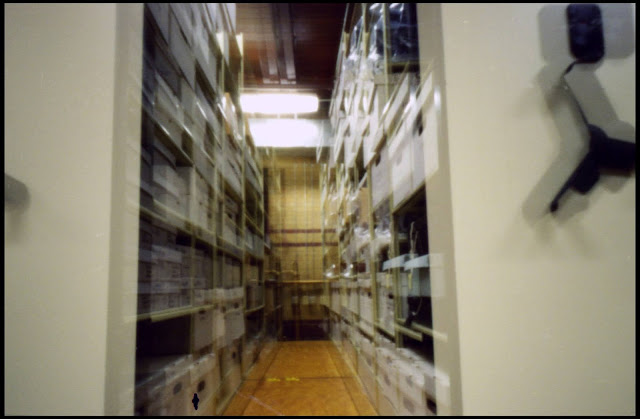 Everything that will fit is stored in boxes, but some items, such as this wooden 8x10 studio camera and its massive stand, are too large and sit on the shelves by themselves. 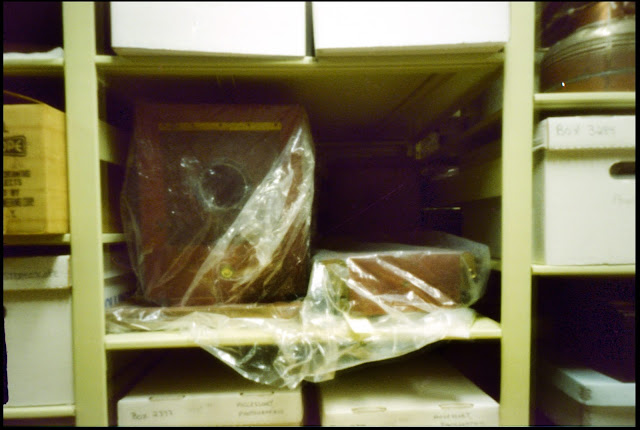 Some of the boxes have quite a few items in them and the box has to be nearly emptied to get to the right item. 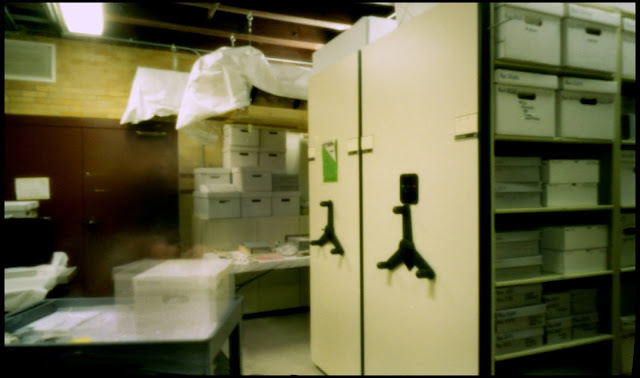 As I got them out I put them on the bottom shelf of the cart. 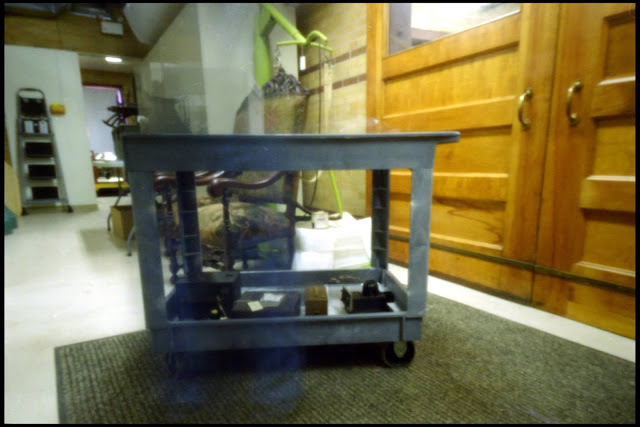 Back on the third floor, here they are all opened and ready to be cleaned and prepped for exhibition. (n. b. I made use of the magnetic feet on my new little Joby tripod to just attach the camera to the metal cabinet door) 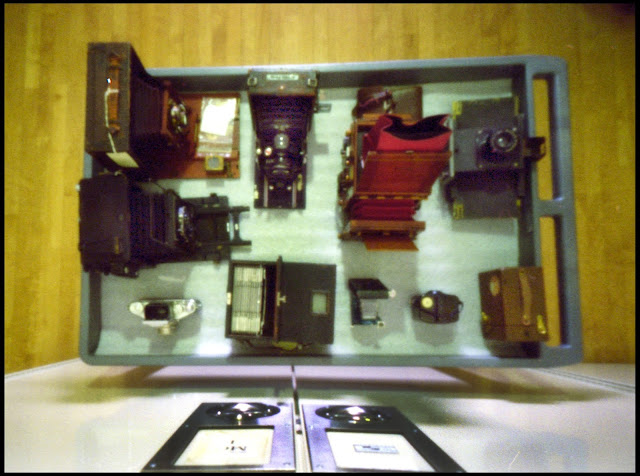 They are, clockwise starting in upper left hand corner:


The Museum doesn’t have any pinhole cameras.