Andy and Kristin flew into Minneapolis in order for Kristin to experience Andy's ancestral homeland, western Wisconsin. As long as we were in the Twin Cities we thought we'd take the opportunity to visit a museum we had never been to, the Weisman Art Museum at the University of Minnesota.

The building is designed by Frank Gehry and is reminiscent of some of his other metal clad structures such as the Disney Concert Hall in Los Angeles and the Guggenheim Museum in Bilbao, Spain. 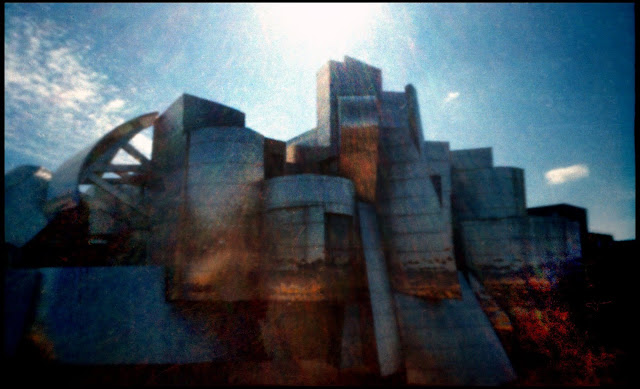 In case you're wondering what those reflections are, it's located right on the Mississippi River with a fine view of downtown Minneapolis. 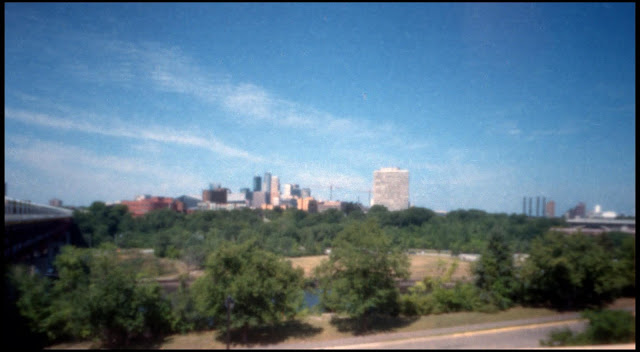 Their flight arrived at 8:45 in the morning, so we got to campus before the museum opened. Coffman Memorial Union is right next door, so we had a cup of Starbucks while we waited. 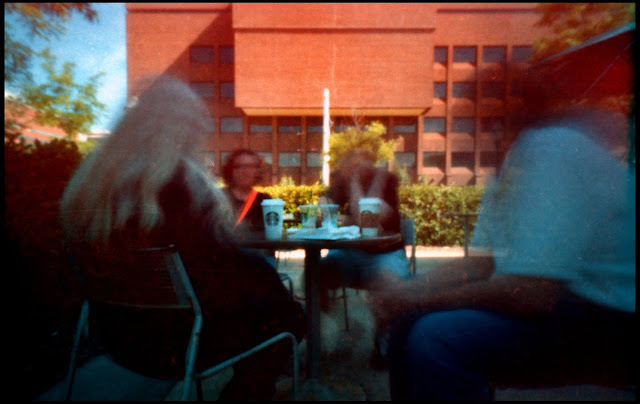 An unexpected exhibit was the world's most beautiful top fuel dragster which was built in the 70's, stolen (how do you steal a top fuel dragster?), found in decay in 2005 and restored to it's original condition. 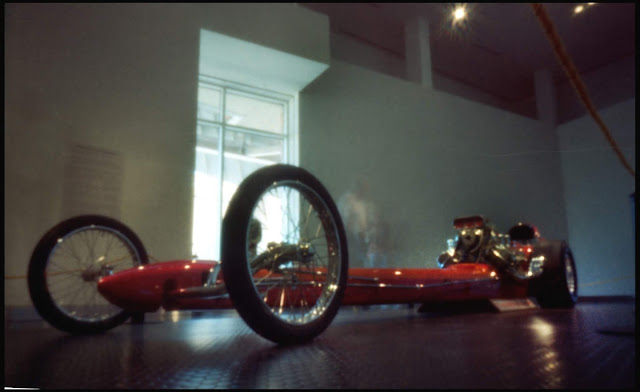 The building is almost as unique in the interior as it is outside. 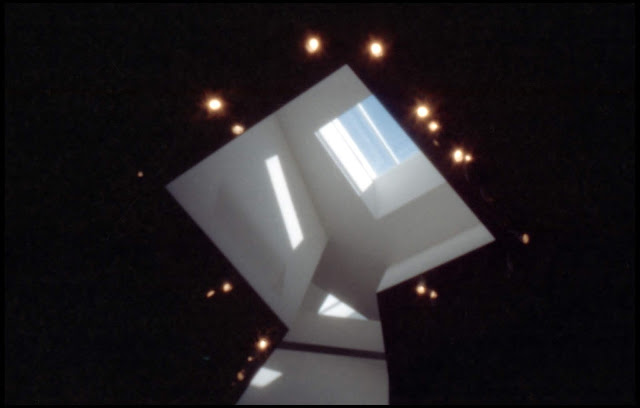 After viewing the rest of the exhibits, we walked across campus over to Dinkytown to go to the elaborately decorated Loring Pasta Bar for lunch. 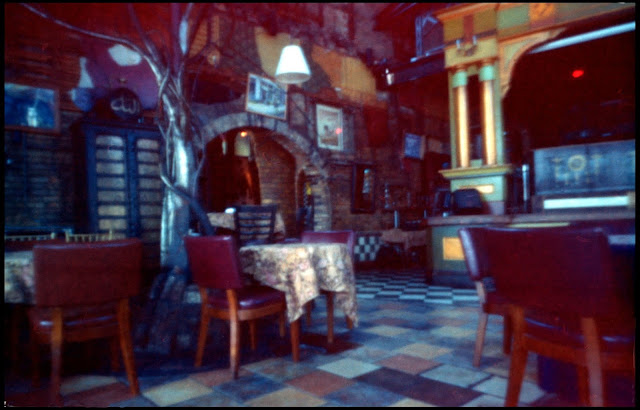 One of the highlights of the Loring Pasta Bar are the unique restrooms, but the zen of pinhole intervened and I ran out of film.