In the 1830's, the ruins of a Native American settlement were discovered in Jefferson County. The guy who did the earliest archeology there named it Aztalan after the mythic northern home of the Aztecs because, under the influence of the popular writings of Alexander Von Humboldt about Mesoamerica, he thought the mounds looked like Aztec ruins. 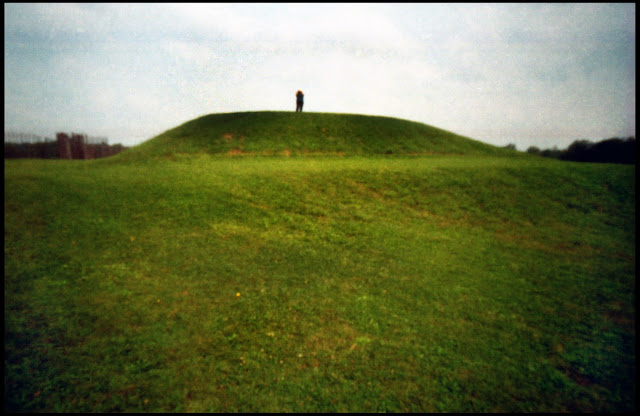 Although there is some evidence of occasional habitation for a long period, it was a bustling small town between about 1100 and 1300 CE  - the northernmost incursion of the Mississippian people, most often associated with Cahokia in Illinois - and then they just split and no one knows why.

The town was completely surrounded by a stockade that was covered with wattle and daub. Everything you see is a recreation.  In 1968, the mounds were re-sculpted to their original terracing and just enough of the stockade was rebuilt (out of telephone poles) so your imagination can fill in the settlement, especially when, like Sarah and I were on a Thursday morning, the only people in the whole park. This also happened to us at Natural Bridge State Park last year. 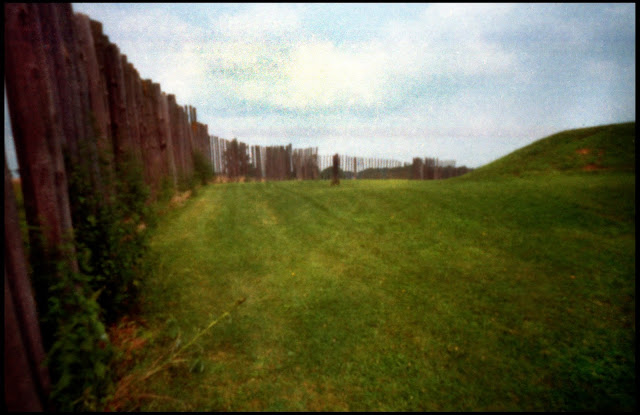 Periodically there were these enclosures that were probably defensive towers. 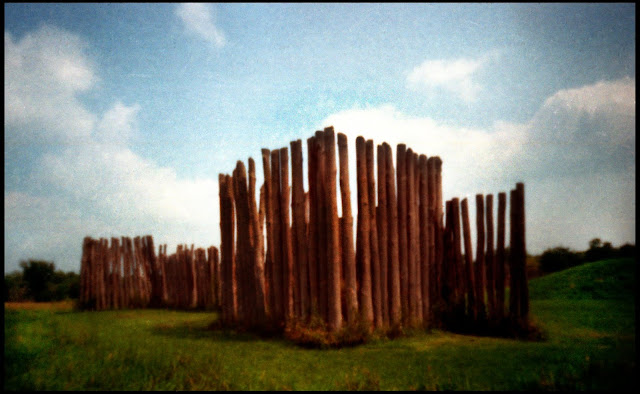 The central feature is a terraced mound that was constructed by humans carrying buckets of dirt. 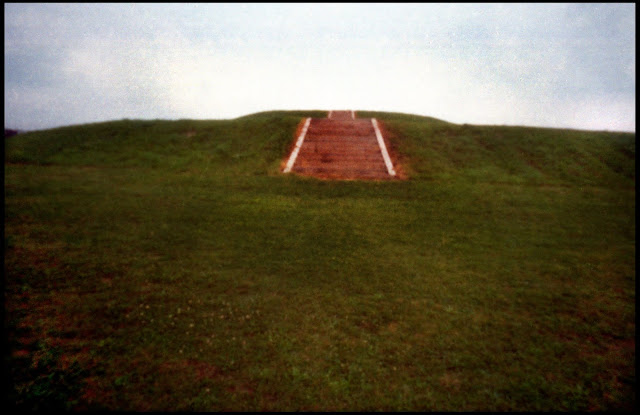 There was some kind of structure on the top and a nice view of the whole site. 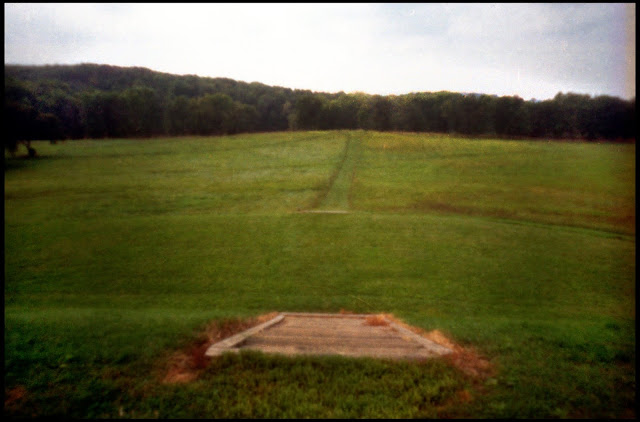 The Crawfish River which was a rich resource borders the settlement on one side,  behind a profusion of goldenrod. 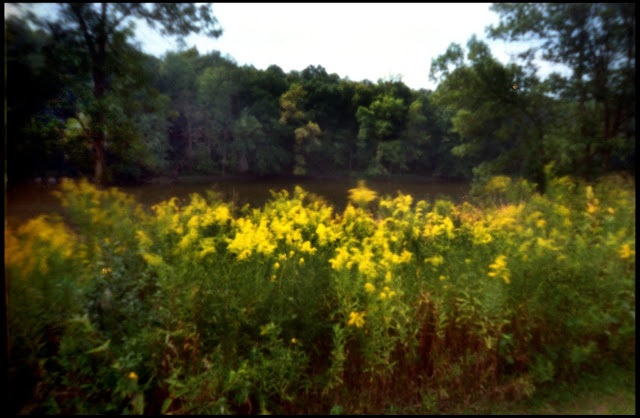 If you ignore, for a second, the pre-historic aspects, it's a big native Wisconsin prairie. Wild white morning glories dot the landscape nestled among the grasses. 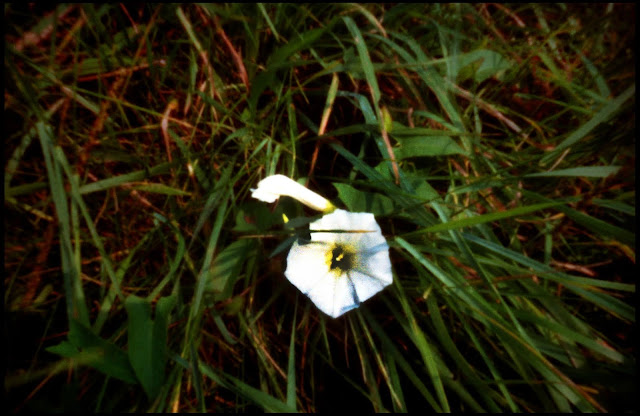 And some kind of snapdragon bush. 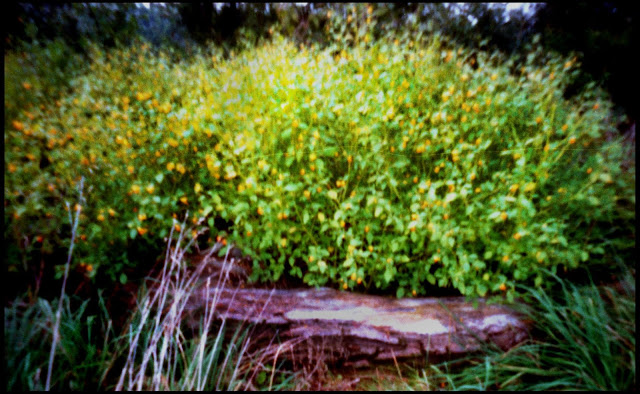