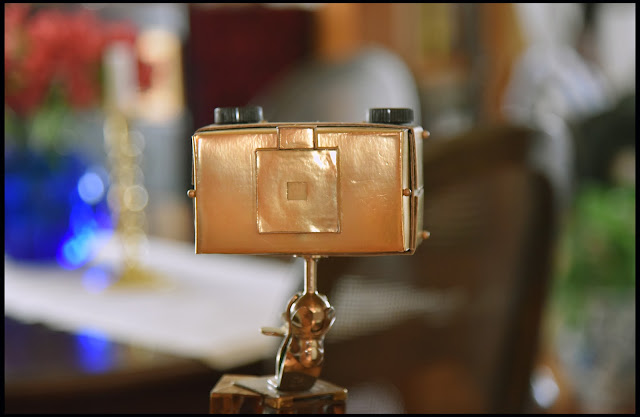 One day Sarah and I were breaking down shipping boxes to be recycled. I opened one in which Sarah had received a very nice scarf. It was rather thin for corrugated cardboard and the inside was completely lined with gold foil.   My first thought was: "You could make a pinhole camera out of that."

I asked Sarah, if I were to make her a new camera for Worldwide Pinhole Photography Day, what characteristics would she like it to have. I've made two cameras for her for Pinhole Day before.  One was wide horizontally but kind of narrow vertically, and other was rather wide angle.  She replied: "I'd like one that sees normally like I do."

It so happens that I've never made a 120 Populist in the normal range.  I've always had a funny reaction to that word normal, and I never really did a lot of photography with a normal lens or pinhole. It does sound dreary. Normal. I shouldn't knock it. Cartier-Bresson, Kertész, Frank and a lot of others did most of their work with normal lenses.

For winders, we looked through the collection of Scotch, cordial and olive oil corks and Sarah chose this pair from bottles of Port. 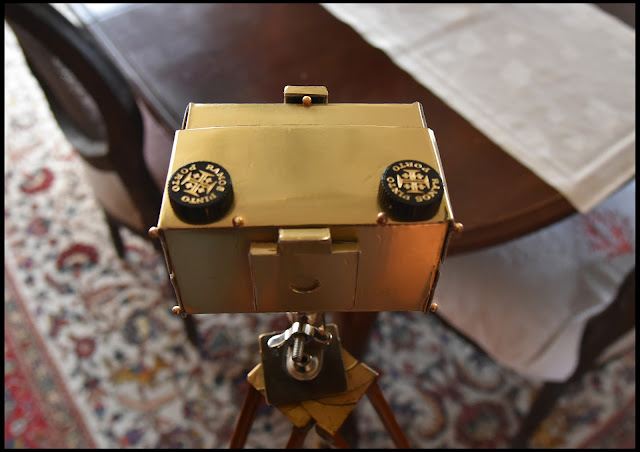 The viewfinders are map tacks that I dipped in Gold Testors Paint.  It was a little weird re-encountering a product that I had used to paint model cars when I was 10 years old in the exact same little bottle with the same labeling it had almost 60 years ago. 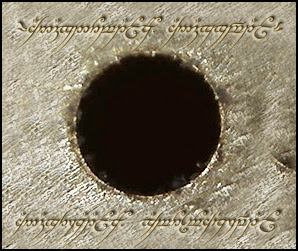 The corrugated cardboard turned out to be not bad to work with.  It was a little thicker than cereal boxes so I had to modify the back a bit on the fly while I built it, but it fits together pretty well.

I drilled a .32mm pinhole.   As usual, smaller than the calculated optimum, but remember that's a measure of diffraction, not sharpness. That makes it f250.

I've learned my lesson not to give someone a camera that hasn't been tested.  I thought since the camera looked like gold, I would pair it with something that featured silver, it's neighbor one row up on the periodic table - black & white Arista.edu 100. Kind of a slow combination, but there were only a few hazy clouds and there's a big star fairly nearby that really lights up the landscape.

You know, the River Withywindle is named for the willows that grow on it's banks. 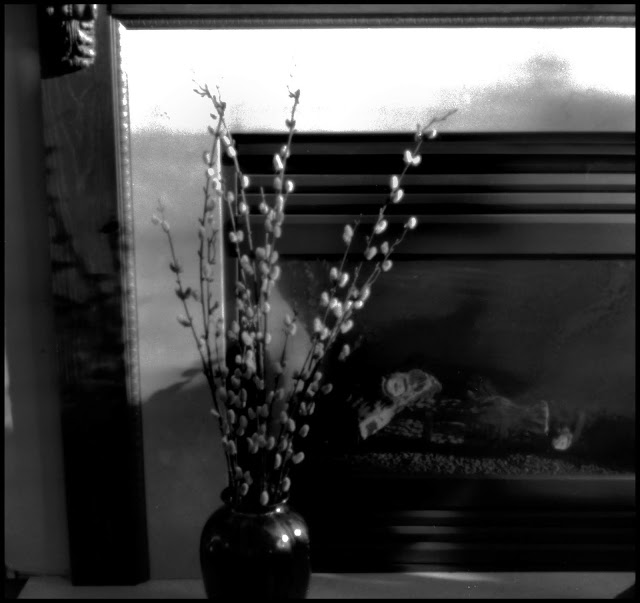 It's not Middle Earth, but I ventured forth on a journey around Oshkosh.

Looking over the ice on Miller's Bay. 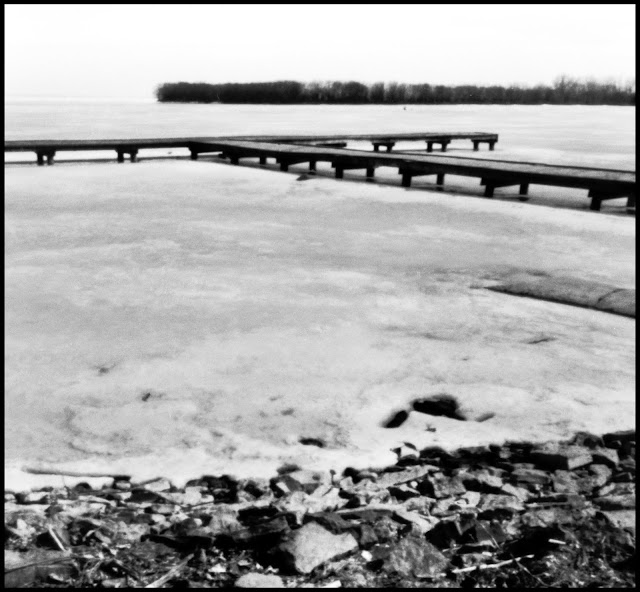 Where Andy went to Kindergarten. 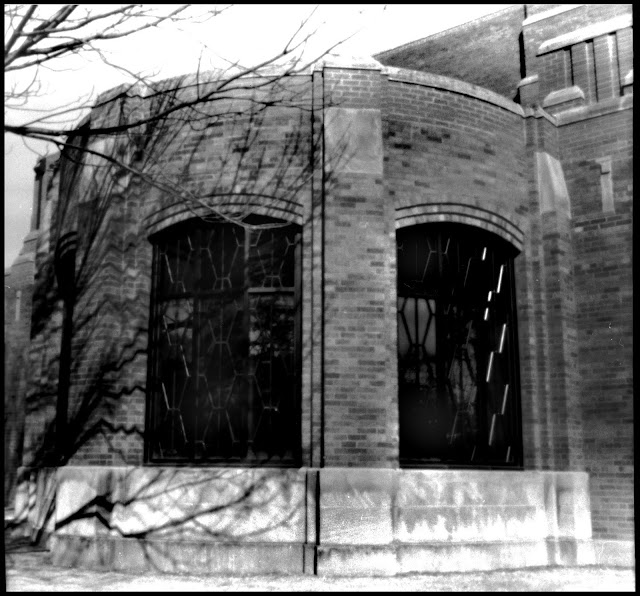 First Grade, down at the other end of the building. 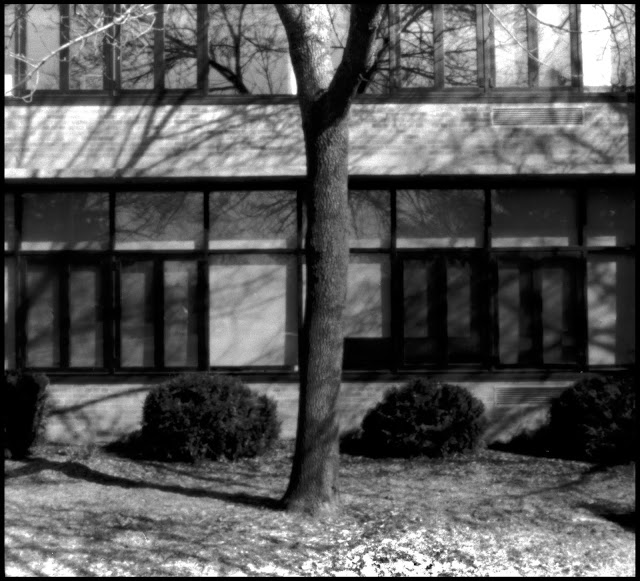 Over to the University.  The shadow of a stair rail rippling down the steps of Halsey Science Center. 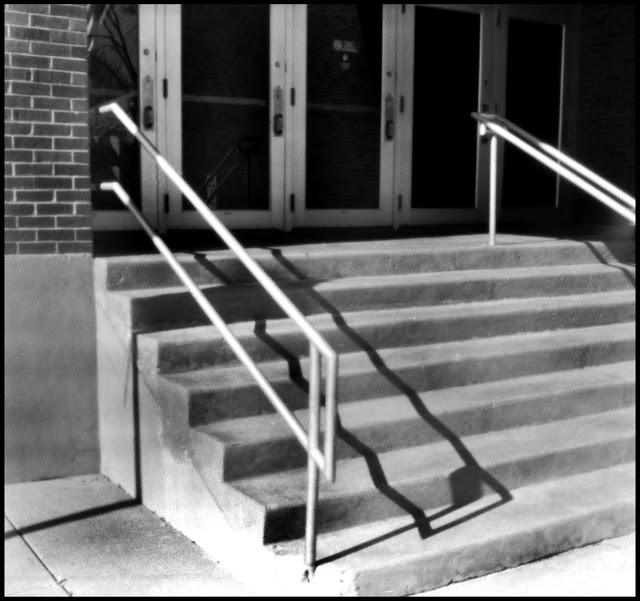 Just to the right, Buckstaff Planetarium.  Doesn't that name sound a little Hobbitish? 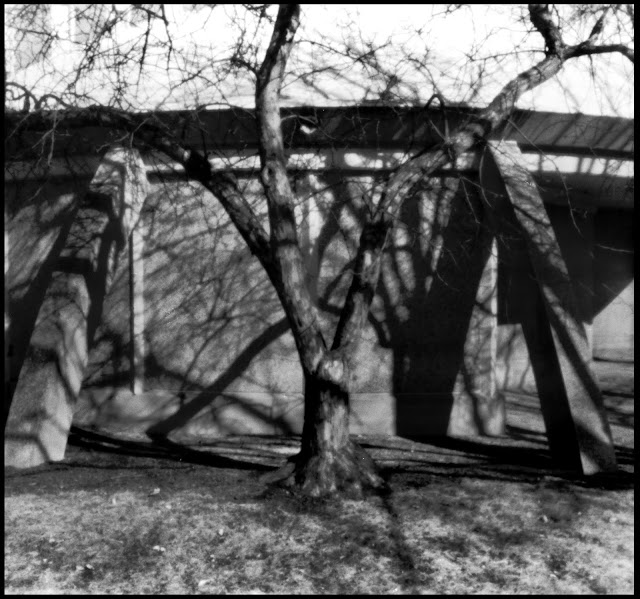 Down the mall to the modernist Polk Library in whose subterranean halls I labored for three decades. 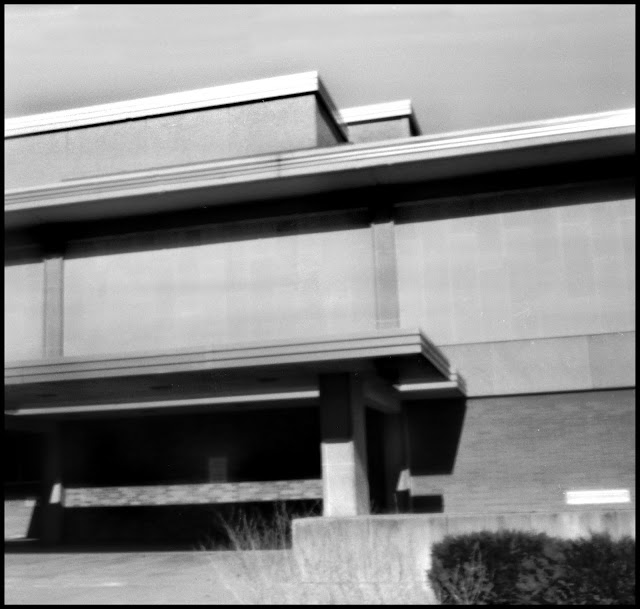 A solar panel giving another spin on sensitivity to light.  This is starting to look more like science fiction. 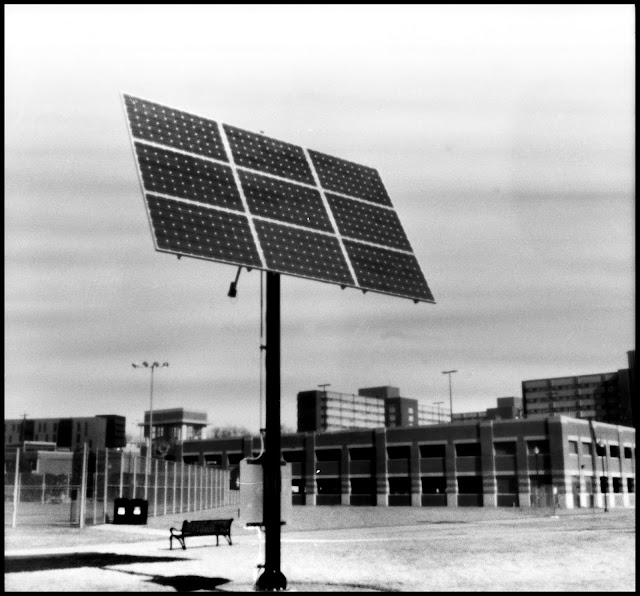 Down the river to the somewhat brutalist former shopping mall which now houses several large businesses. 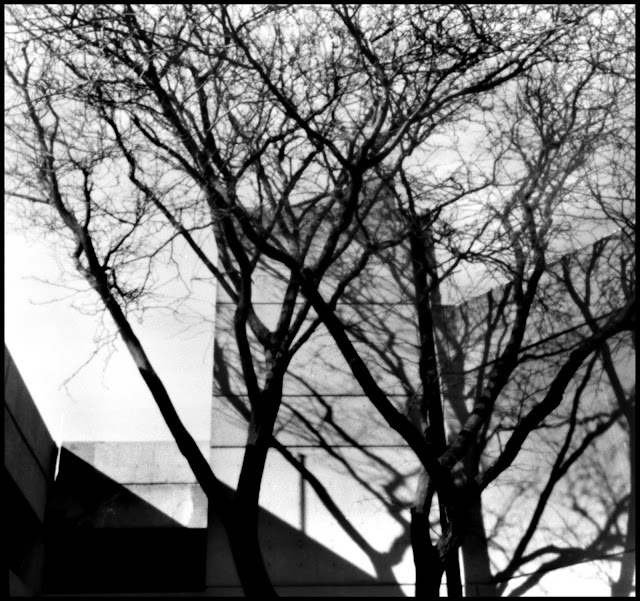 Just across the alleyway, along the river, the ramp to the hotel parking structure. 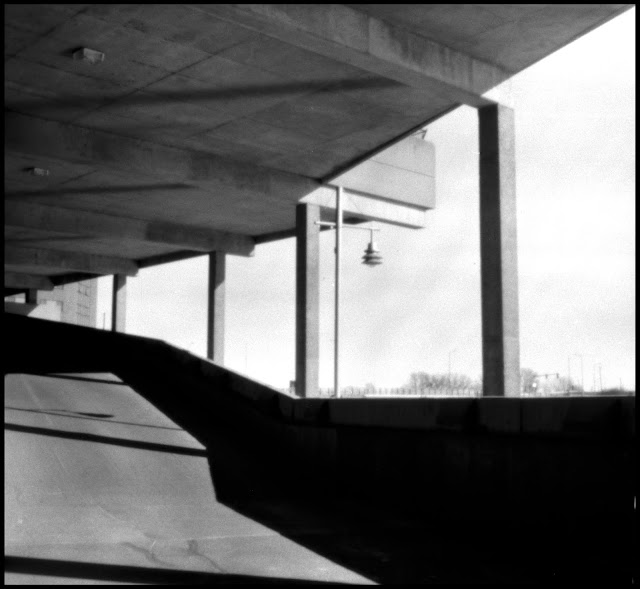 Further down toward the lake, the railroad bridge. 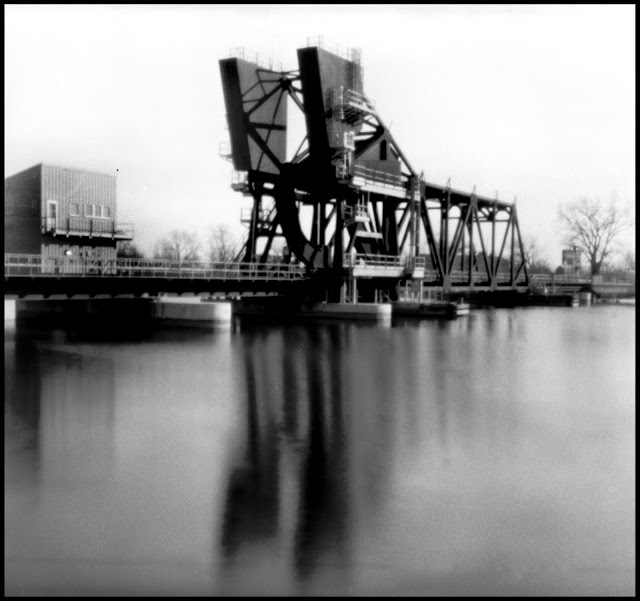 And from there, back again, up north past our first home in Oshkosh in the Dale School. 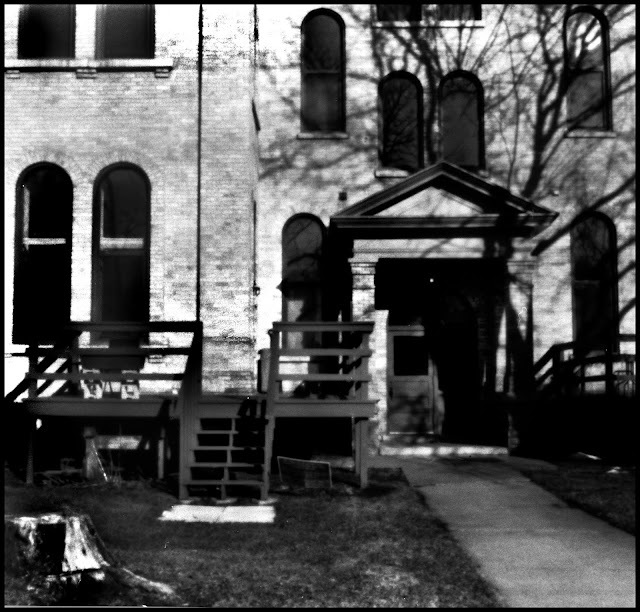 Looks like the camera is as good as gold, although it does still seem a little like magic.
Posted by Anonymous at 8:36 PM