In order to experience using a tripod, you have to shoot some film. Here's some of the data for my tripodology study.

Occasionally my bike rides take me on the Wiowash trail next to Highway 41 on the causeway over the Fox River and Lake Butte des Morte. In the center where it opens into a bridge, there are trails that lead down to the water's edge. I'd been down the one on the north side but until now had never gone down the one on the south. I discovered that it goes under the highway and over to the other side.

There was a boat full of fishermen just off shore sitting relatively still. I started with the PinRui flexible tripod wrapped around my bicycle handlebars. 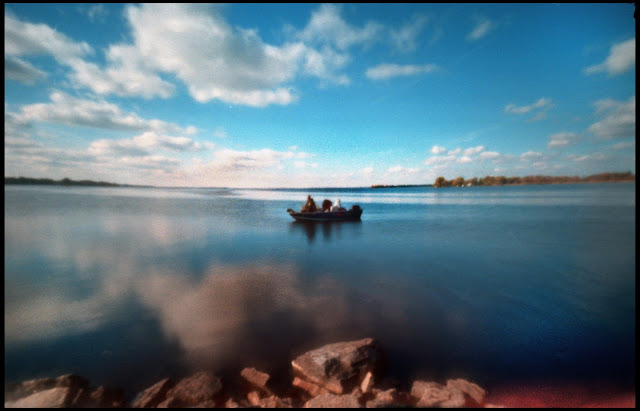 Turning around, the view of the bridge itself. 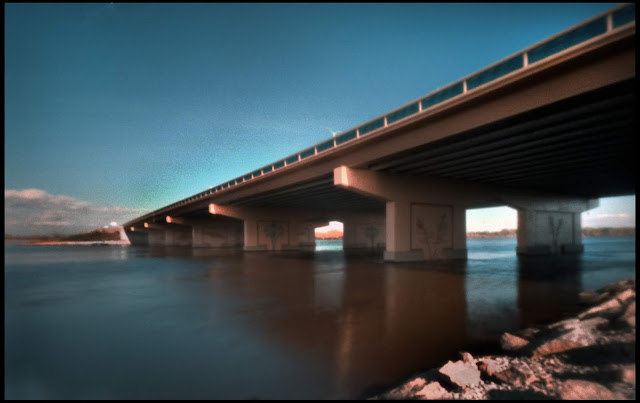 Between 1980 and 2011, for state projects that are primarily for access by the public, there was a Wisconsin law which mandated that a small percentage of the construction budget be used to commission art work. Apparently they felt people accessing the bridge would be going by boat. Although the bridge has some decorative railings on top, I never knew these graphics were down here. 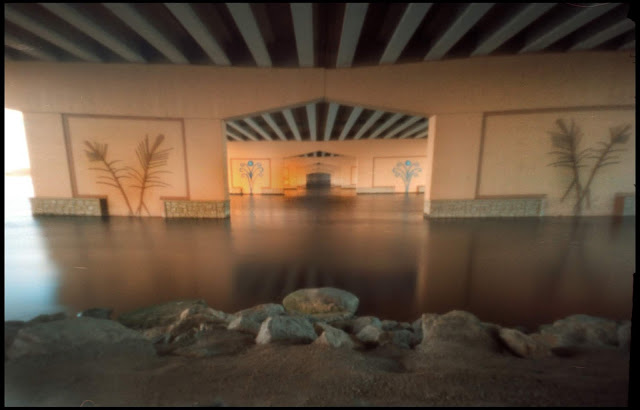 Walgreen's has decorative plantings around their parking lot. I had walked over so no handlbars to wrap the tripod around and nothing else handy. I had to put it down on the ground to capture this burning bush. 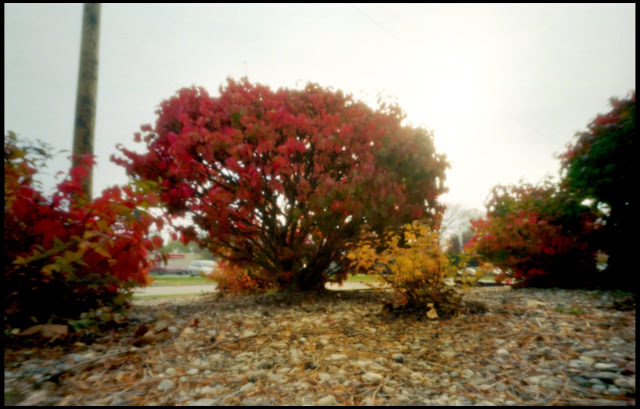 Another autumn show-off, again from about seven inches off the ground. 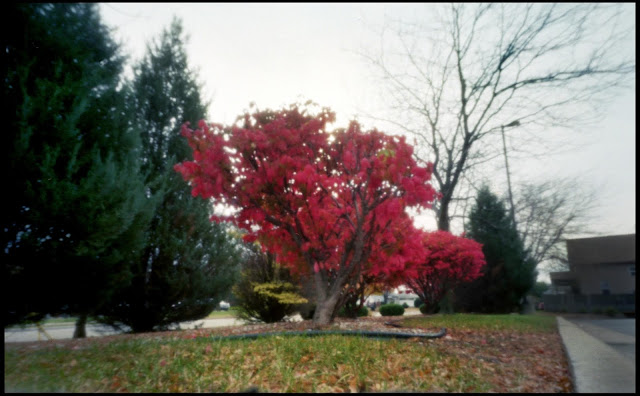 I switched to the ProMaster when I went out to rake leaves. Here I'm holding it against the trunk of our large pine. 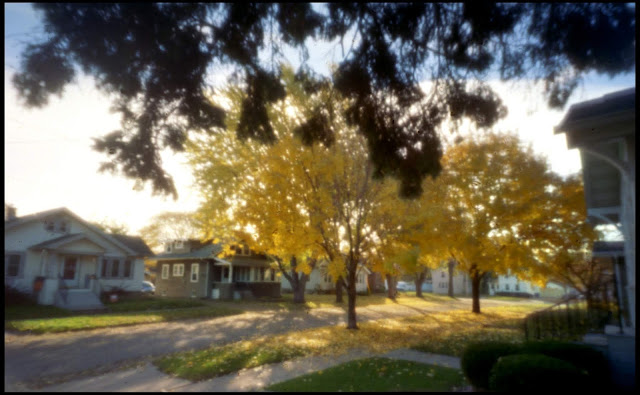 Still held up against the pine tree but looking the other way up Central St. I thought I felt the camera slip around so I tried three exposures to hold it still. They all look about the same. This is the last one that I thought wasn't moving. The slight movement does give it a little extra pinholiness. 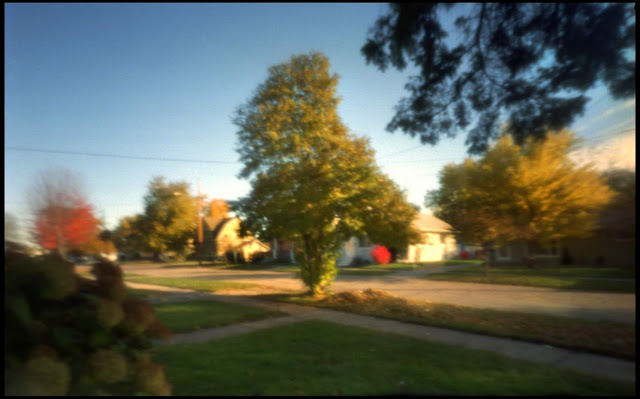 A view with the tripod on the ground, so no camera movement here. 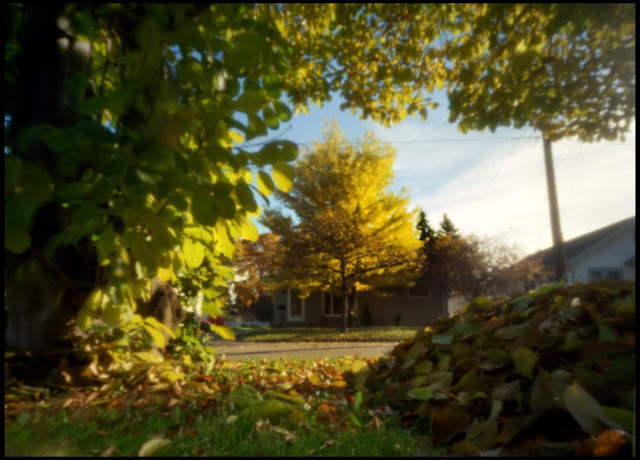 An unsuccessful attempt at Footography. 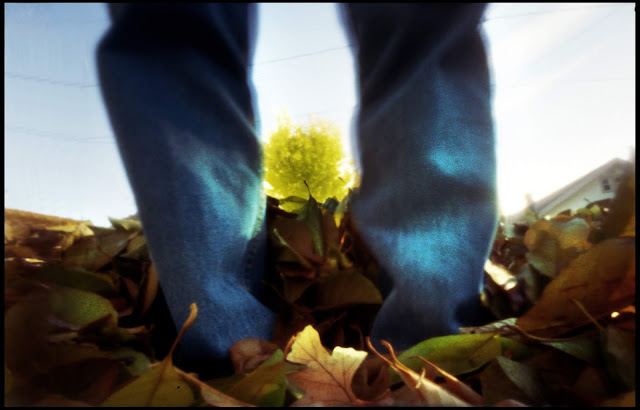 I went on a bike ride with the Amazon. Can't wrap this one around my handlbars. Here it's held up against an oak tree. 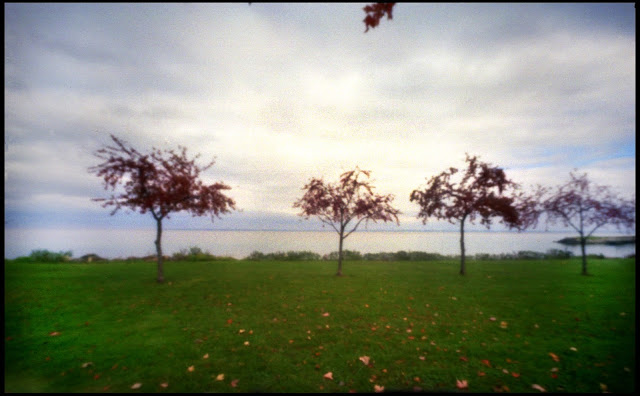 Held up against a fence at the Yacht Club. 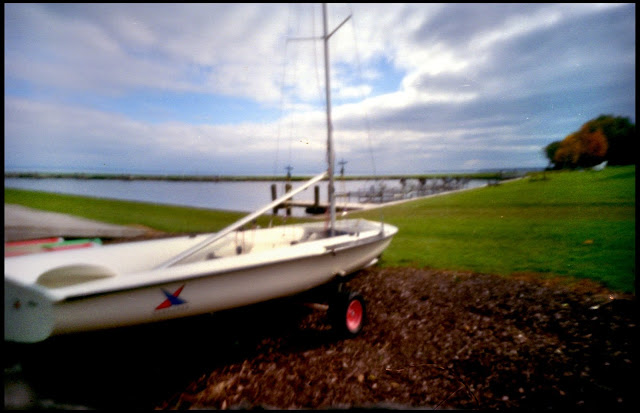 This happened to be on Halloween. It may look like the tripod is on the floor but it's held up against a column on the porch to get it just a little higher in order to look this guy right in the eye. The fluting provides some nice bracing to keep the hard plastic feet from sliding around. 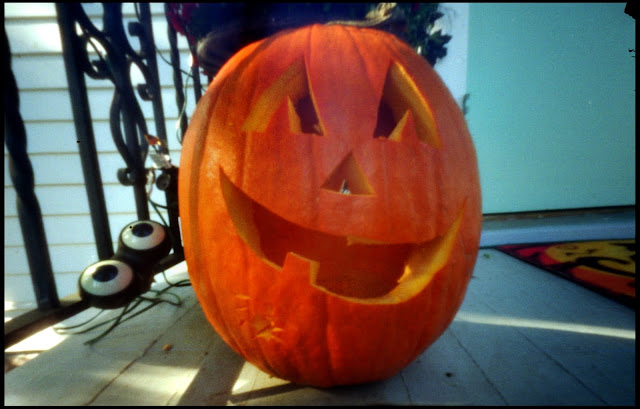 This summer the arbor was covered with morning glory vines, although few morning glory blossoms. The first frost gave it a bit more of a Halloween appearance. The tripod is sitting on the gazing ball. 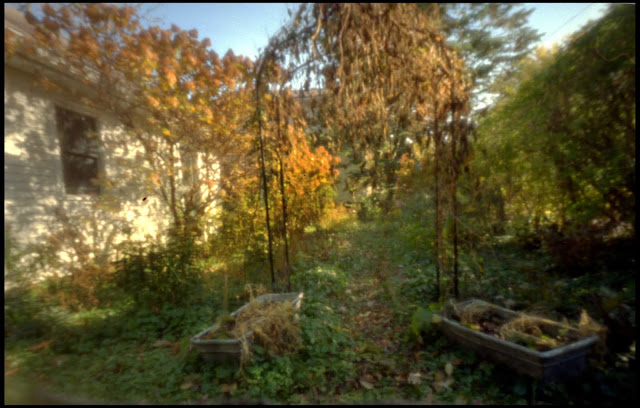 It is possible to hold the camera motionless held against a smooth wall but it takes some concentration. 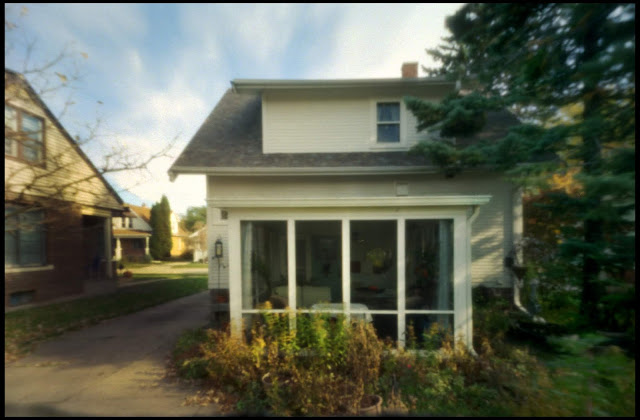 I suppose if it were listed in a cooking supply catalog it would be called a counter top tripod. 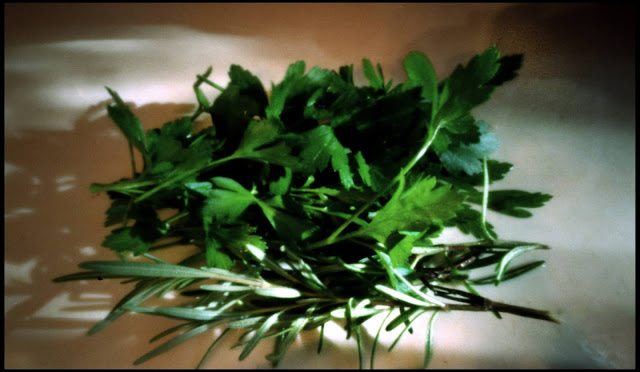 It doesn't make any difference what the tripod is if you bump the subject during the exposure. 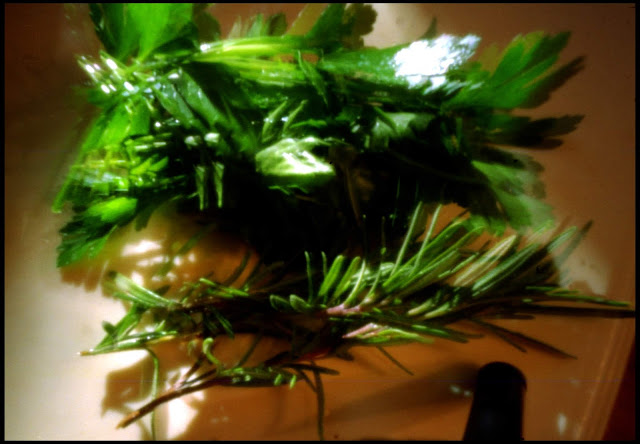