That's a really dramatic title for a middle of the week getaway for two retired couples.  Laura, Gene, Sarah and I went on a roadtrip to Door County including a day on Washington Island at the tip of the peninsula. The straight between them is known as Death's Door from the time before marine engines and weather satellites. Lots of Great Lakes sailing ship captains lost the bet trying to save the extra day sailing around the island and got surprised by a sudden storm. We only had to deal with overcast skies and frequent drizzle.

We stayed at the Sunset Resort on Figenscaus Harbor on the west side of the island, so-called because most of the rooms have a direct view of the sunset, when the weather allows. 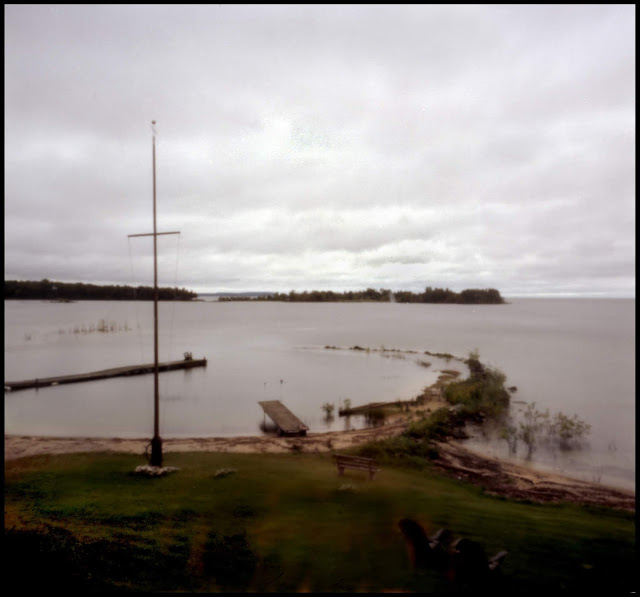 The quaintness of the place was reminiscent of the Gordon Beach Inn on the other side of Lake Michigan. This wet shingled building is right next to the main lodge. 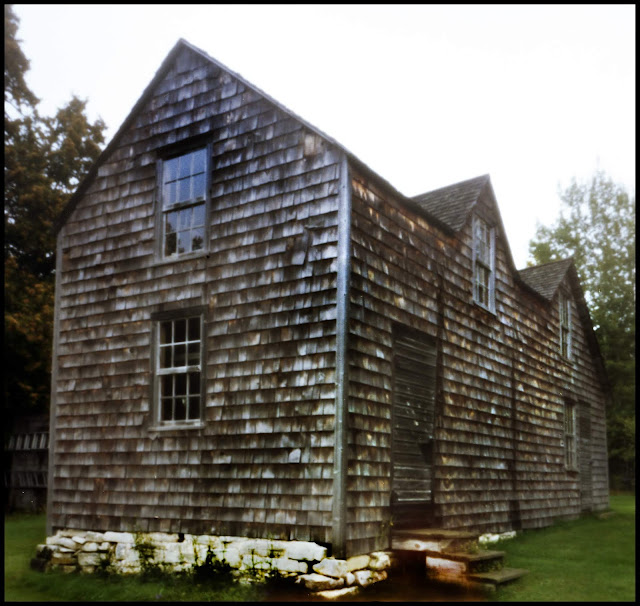 I guess it's no surprise that a bunch of Scandinavians settled in the area with it's fishing, rocky farm land, and ice. This twenty-five year old stavkirke was built by some of their descendants. It's based on the one in Borgund, Norway which I saw once for a brief moment when we literally swung by it on a nauseous Nor-Way Bussekspress trip through the mountains from Balastrand to Oslo. 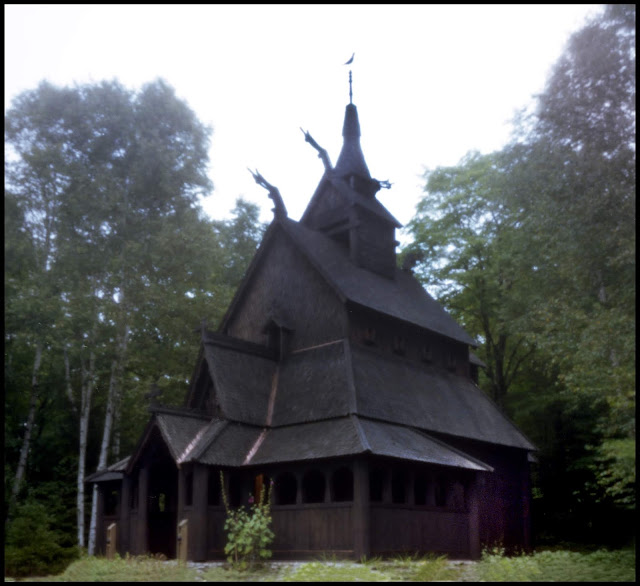 There's a parking lot in front of it but there is also a woodsy path which leads to the mid-century modern Trinity Lutheran Church, whose congregation built it. Approached from that way, it is a little like finding yourself in Middle Earth. 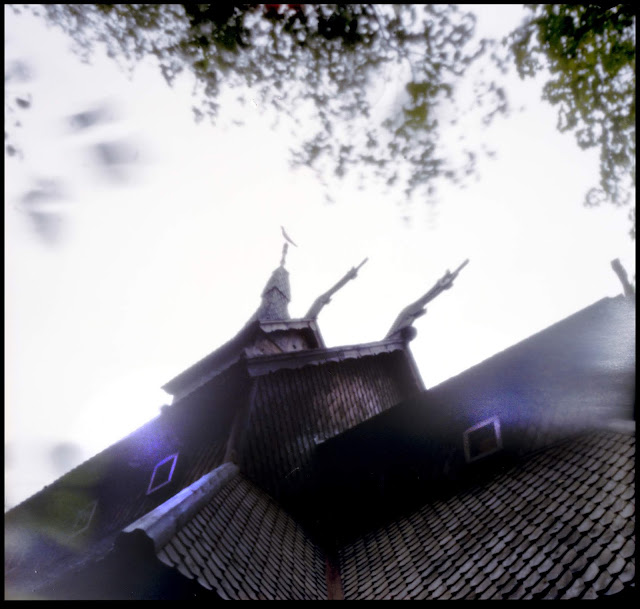 I can imagine meeting with Gandalf in there. 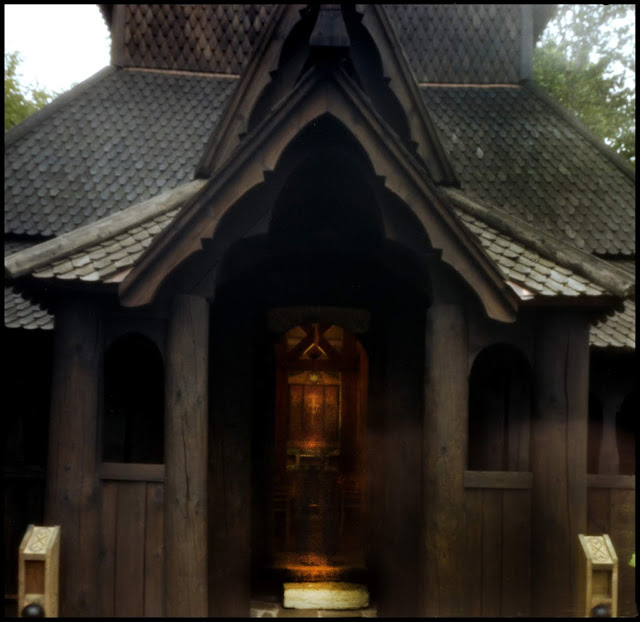 We went to Washington Harbor at the northwest corner of the island to visit School House Beach, notable for the smooth limestone rocks that cover the shore. During the sailing era, this was the center of commerce on the island.  Going around the island was no guarantee of safety.  There is a sign describing a major shipwreck out about where the buoys are. After school starts the tourist demographic in this area is noticeably in the older range so it was kind of a pleasant surprise to encounter this young family pondering the waves. 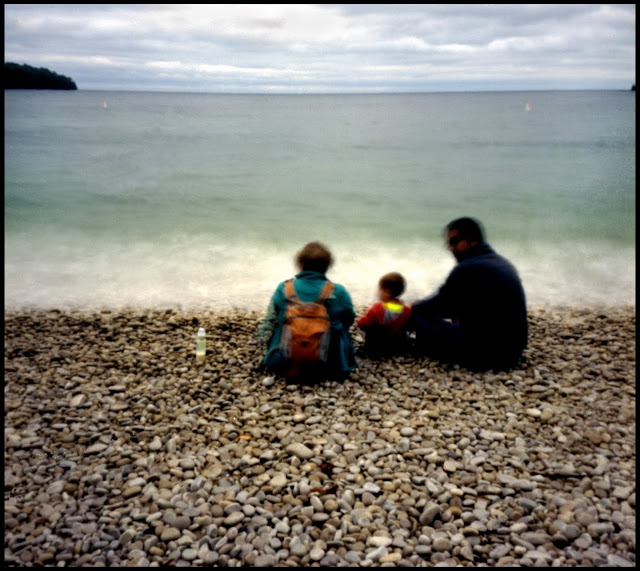 Jackson Harbor in the northeast corner was the center of the fishing industry in it's heyday before the invasive mussels cleaned the water and disrupted the food chain. The local Maritime Museum is located there. 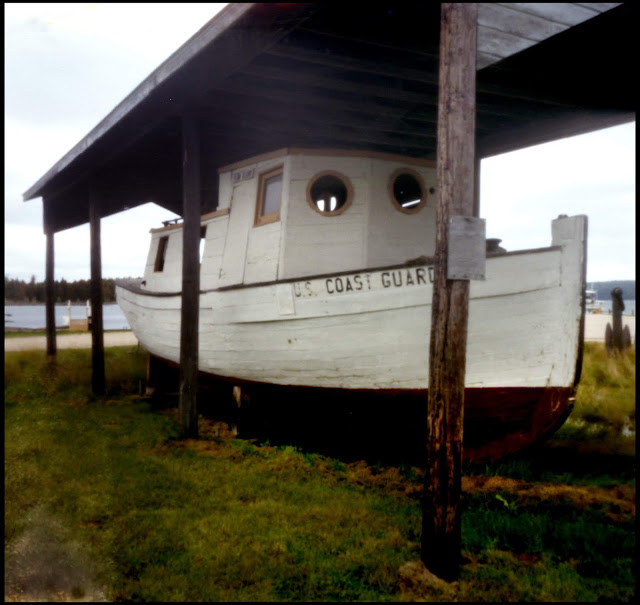 Our trip back was on the ferry boat Washington. The airport is a grass strip and the only other way in or out is across the water. 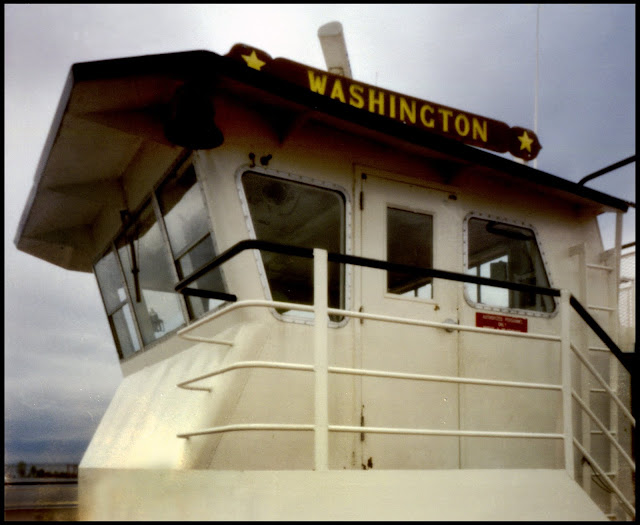 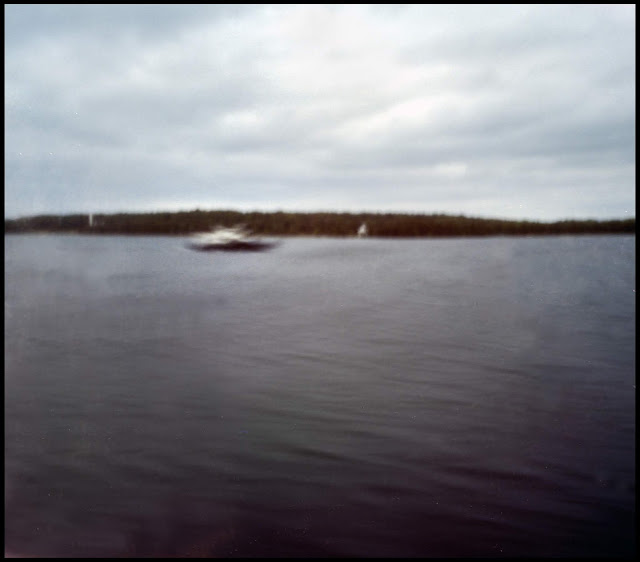 Lot's more of this from Neville to come.
Posted by Nick Dvoracek at 10:00 AM