Manic Expression in the Garden

Working with color again was fun. However, I kept wondering if every shot I considered was the best photograph of the 21st century and worthy of the investment of a frame of 120 color film. There’s only one cure for that kind of thinking - Manic Expression.

I loaded the Manic Expression Cube with a “36 exposure” roll of Lomo 100 and tried to shoot it as fast as I could.

As luck would have it, this occurred during the mid-June flowering of a lot of perennials. It was also shortly after a rain fall, and quite still. So down the garden path again. 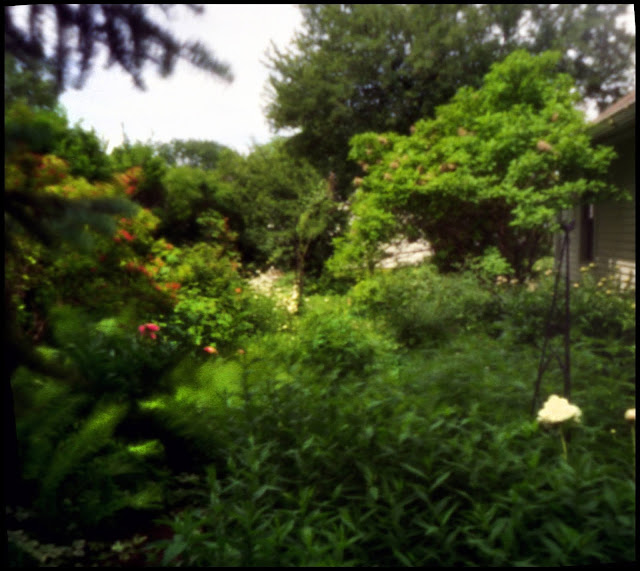 A basket on the bench just outside the porch door. The black petunias kind of disappear. 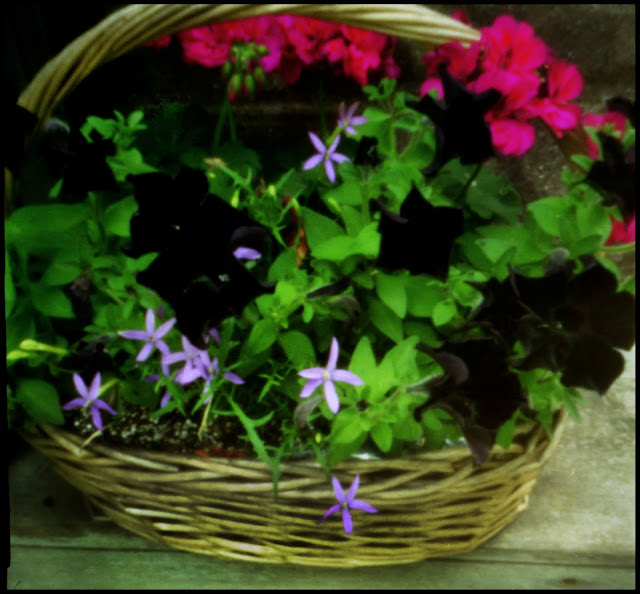 The daisies are just wild. 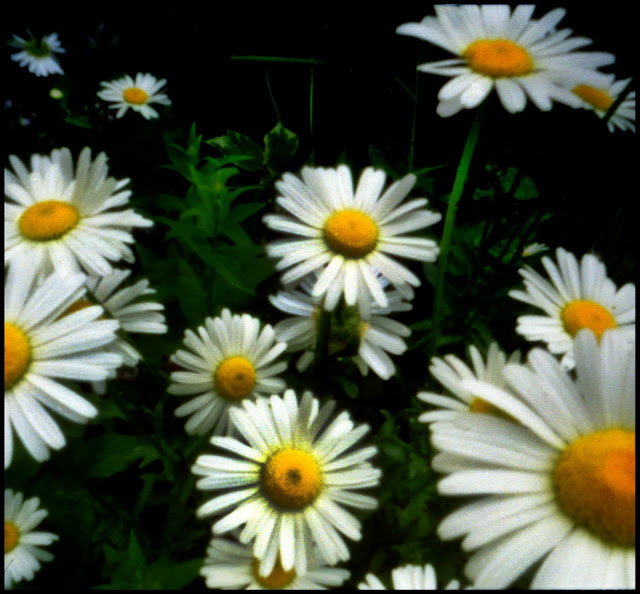 Elwood’s corner.  I should have turned him on for the picture. 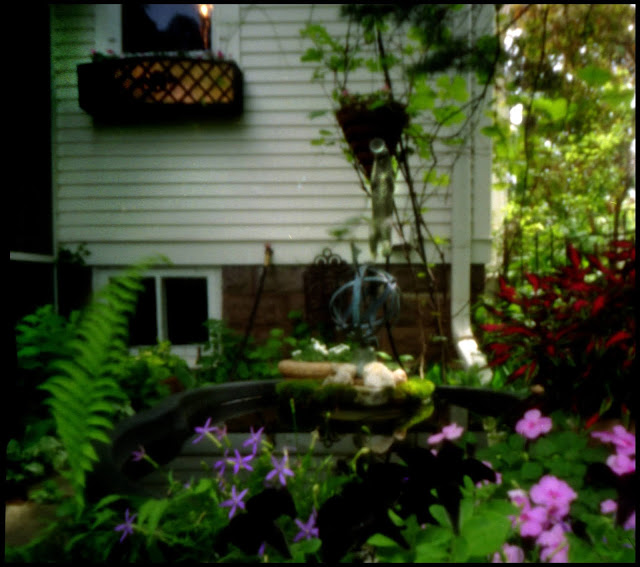 Four years ago our former neighbors tore out the privet hedge, poured Roundup all over the ground and truncated the fence to just the corner of the house using a variety of agricultural fencing held together with baling wire. The new neighbors just had this much, much less ugly corner installed. Still would like to get a vine to grow on it though. 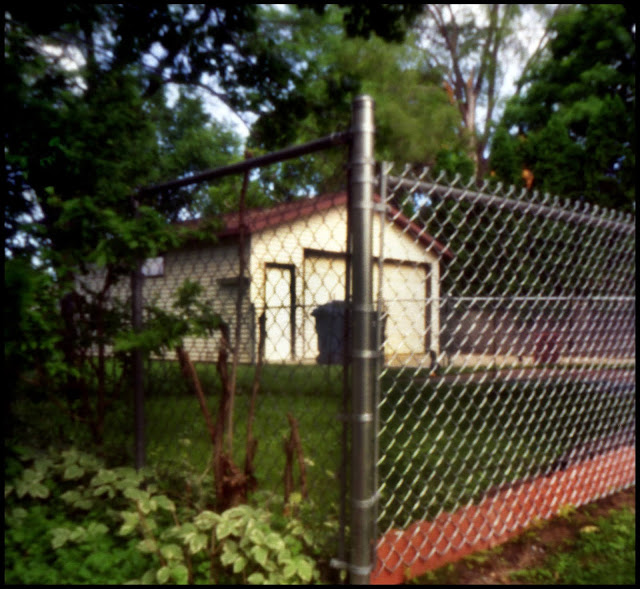 A mandevilla blossom holding still by leaning against the house. 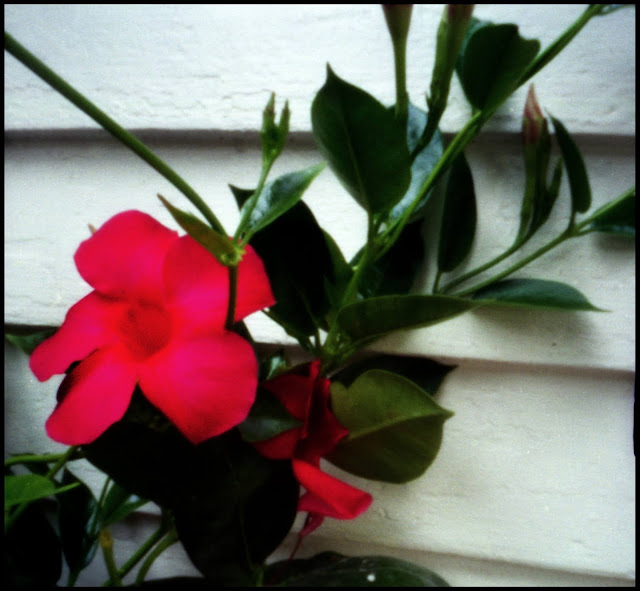 This year’s papyrus, joined by a branch from one of the oak trees. 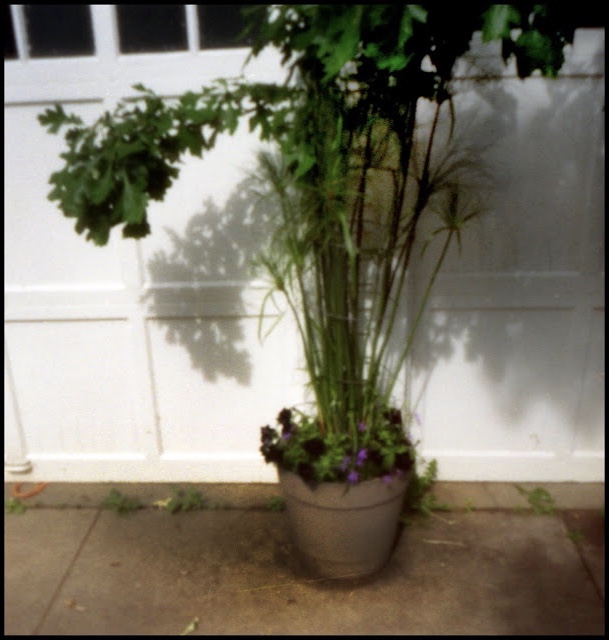 A progression of peony blossoms. 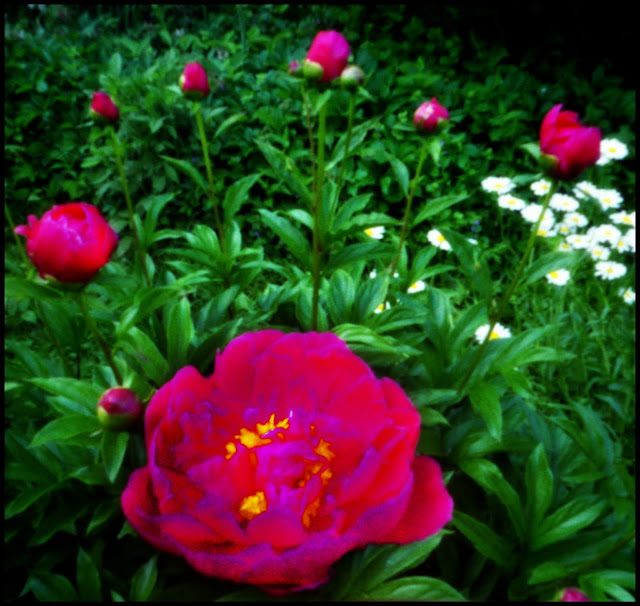 Rosebuds waiting in the wings. 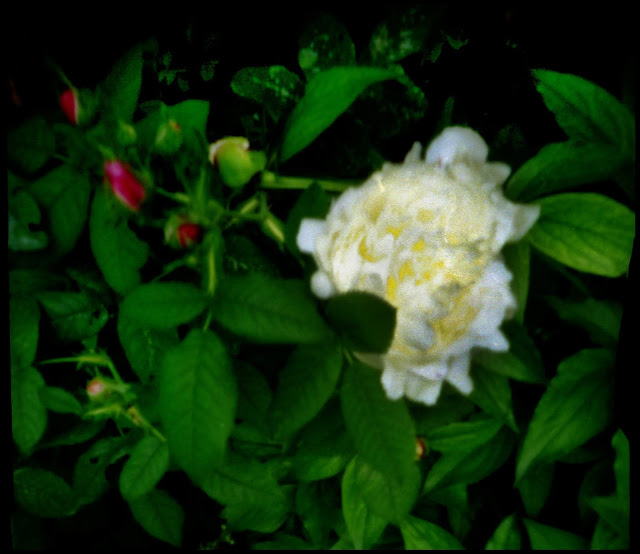 A peony with a fern draped over its shoulders. 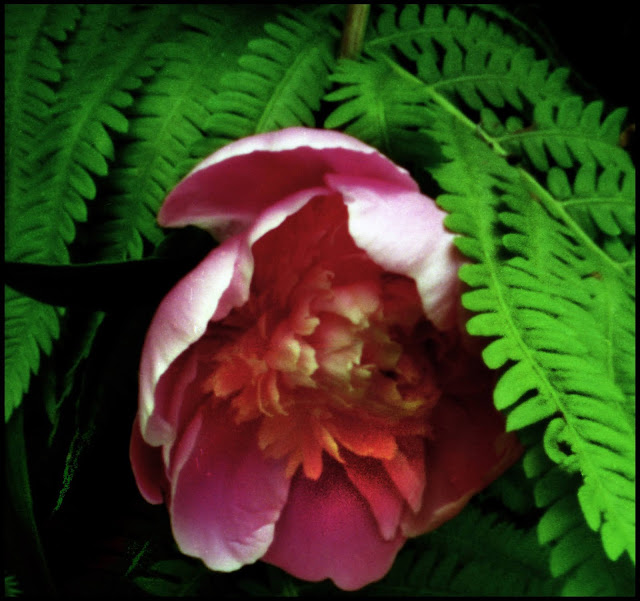 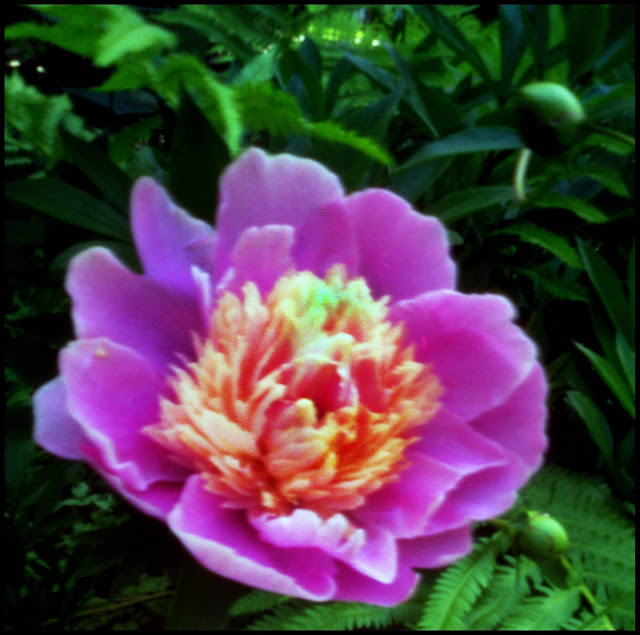 Arugula, lettuce, parsley, onions and a strawberry that survived the winter. 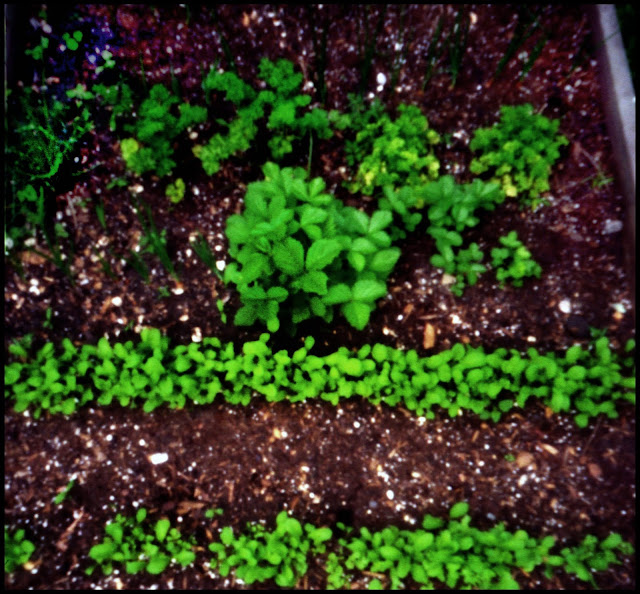 Looking down a tomato cage. 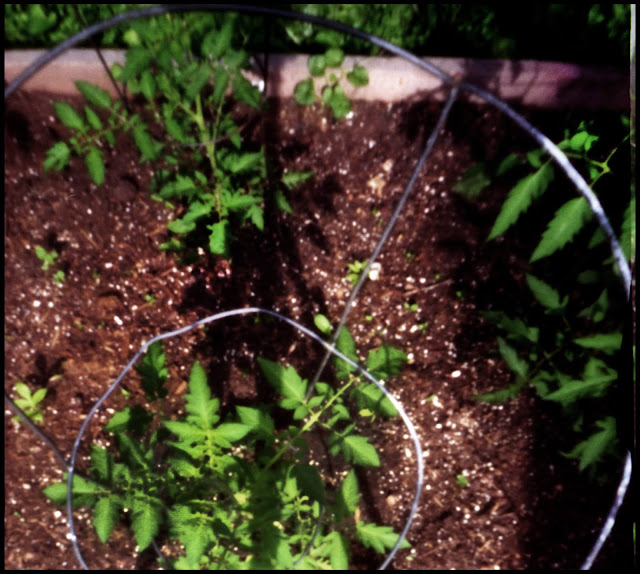 A peony bud and some snow-on-the-mountain blossoms, a restricted invasive in Wisconsin.` 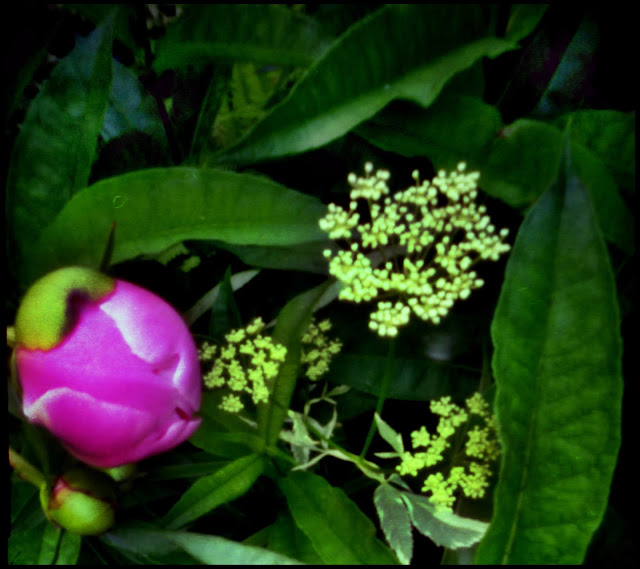 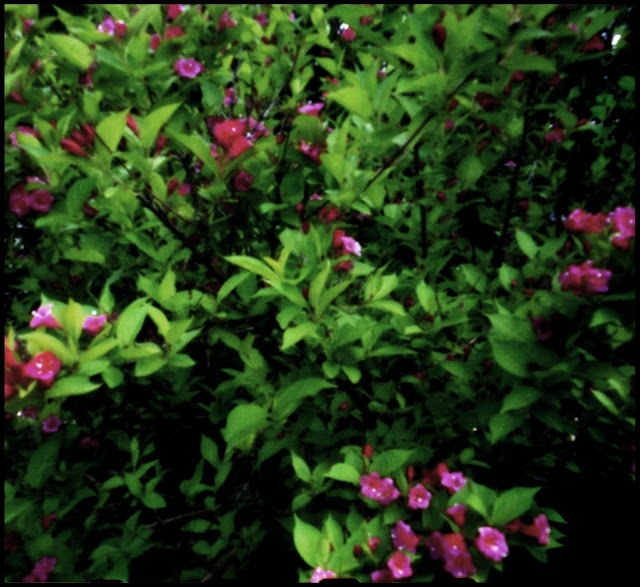 White peonies among the phlox. 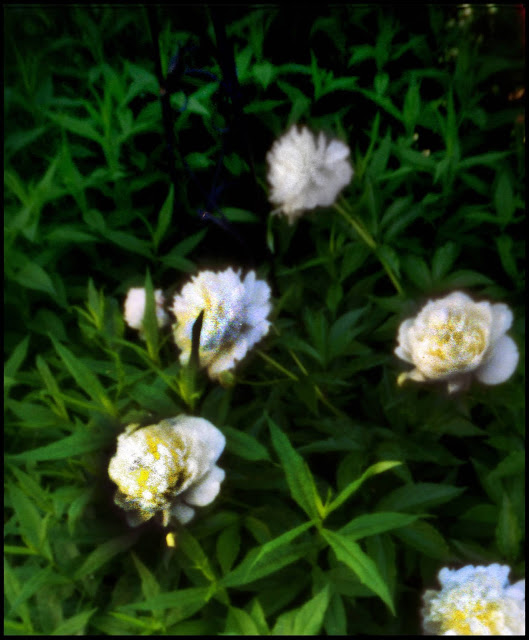 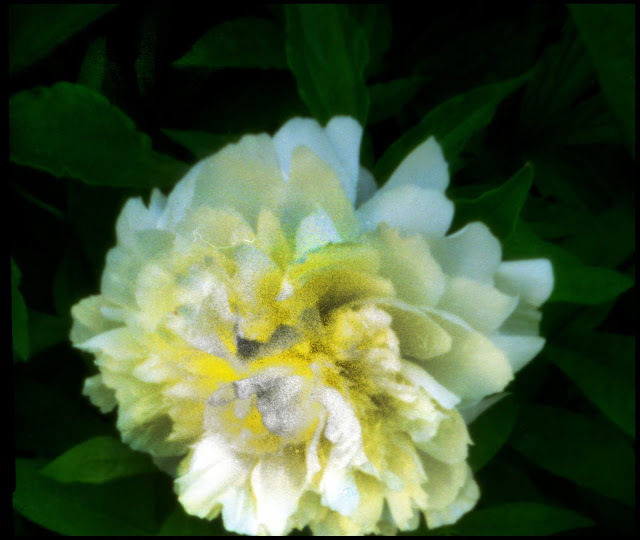 It rained again so I had to stop. 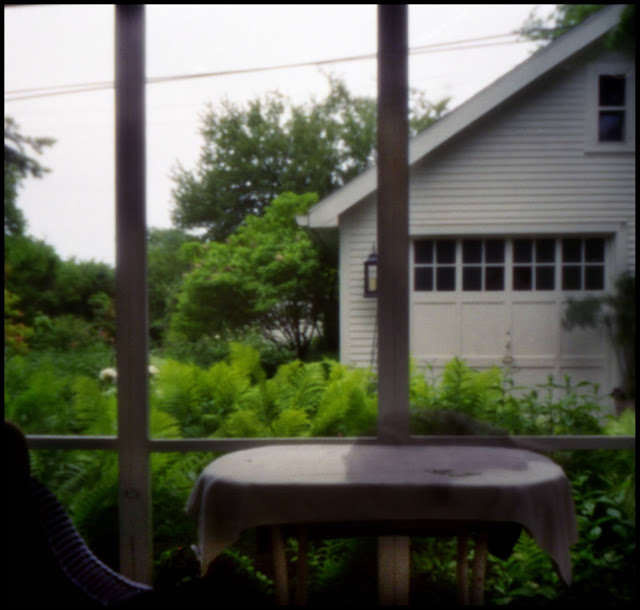 Spenser slept through it all. 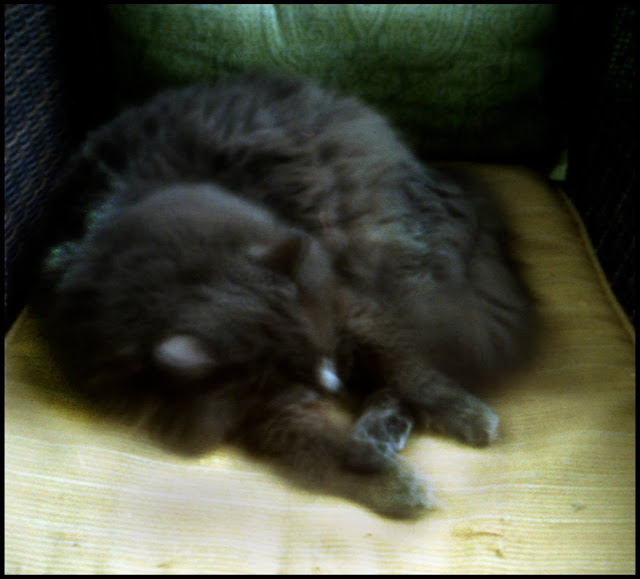 And that’s only half the roll.  Time to hit the road.

The Manic Expression Cube has hand drilled .17mm pinhole.24mm from a 24x24mm frame.
Posted by Nick Dvoracek at 11:54 AM