Visible from the highway just south of Oshkosh is the Experimental Aircraft Association Museum. Parked out front where you can just walk up to it with a pinhole camera is a DC-3 in it’s 1942 C47 outfit. When I moved to Oshkosh, I worked with a soon-to-retire graphic artist who had flown over the hump in these during World War II. They were still used for passenger service in Eau Claire until after I graduated from high school. 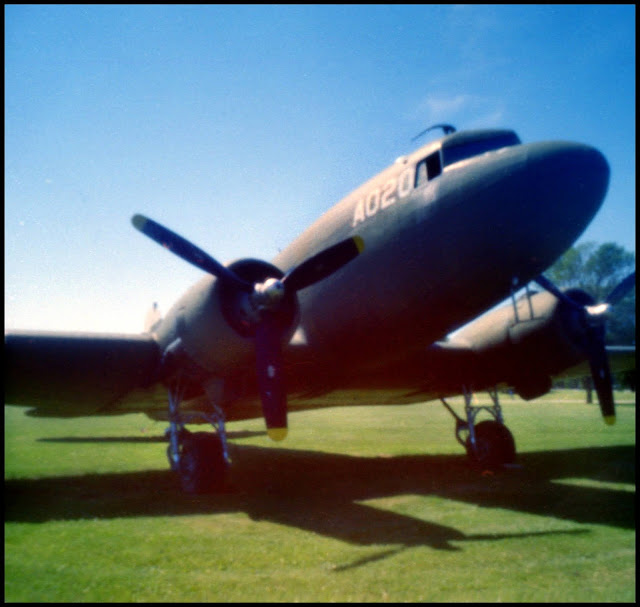 You still see them flying over Oshkosh all the time. On the other side of the airport is Basler Turbo Conversions, who converts them to modern airplanes. Only 600 civil versions were ever built, but there were 10,000 of them made for the military during the war. The last new one was built in 1945. The Soviets built about half that many under license until 1950. 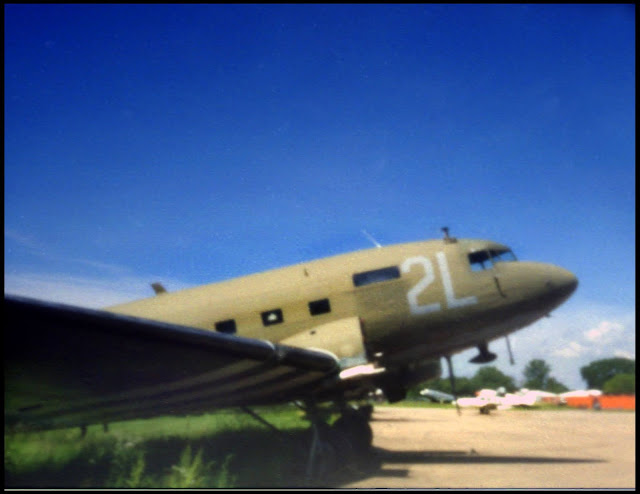 There’s quite a few parked in the field behind the plant. They recently discovered and restored the plane that led the paratrooper assault on D-Day in this lot. 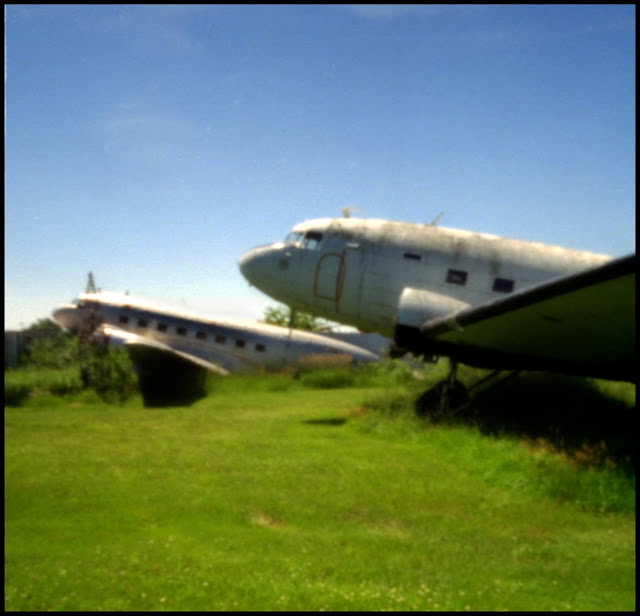 Most are in some state of disassembly. 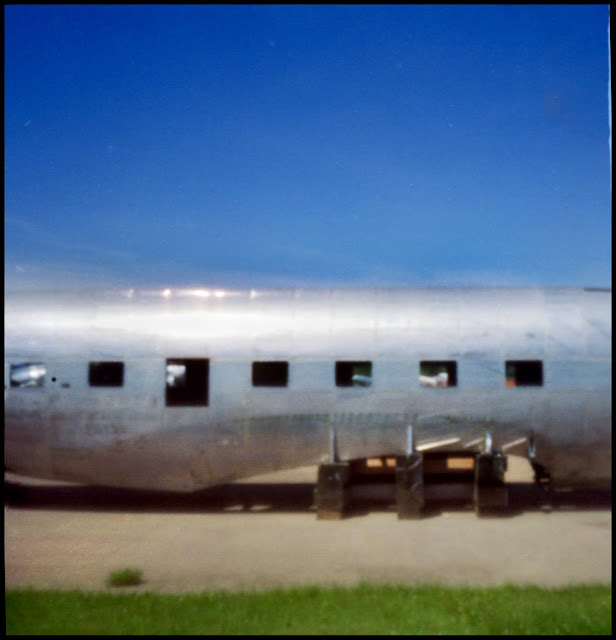 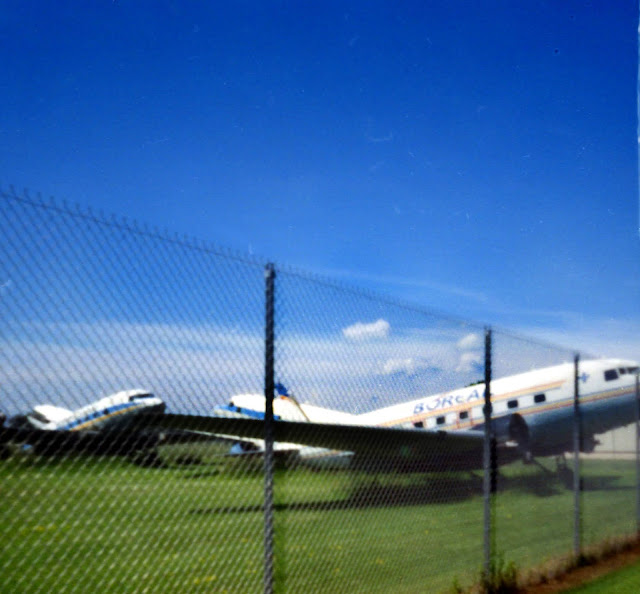 Usually they were used in some pretty remote places, such as this one from Boreal Airlines, now part of Nordair, which flies north from Quebec. 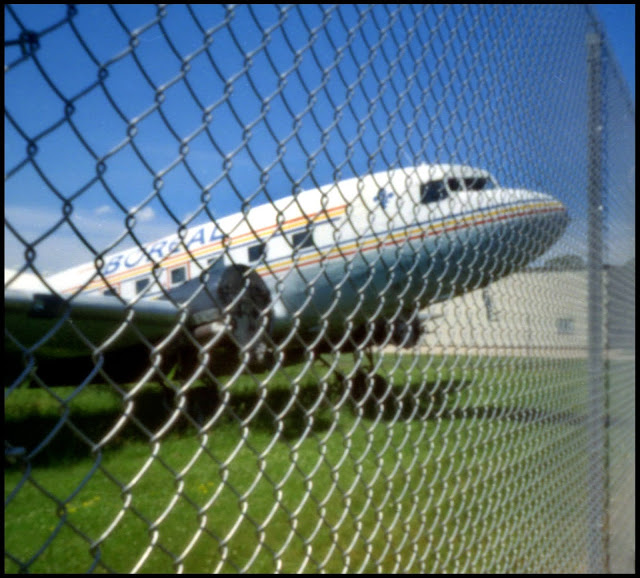