Even though I’m feeling better, it’s important to take the entire prescription. Out on my bicycle again with the Manic Expression Cube, northeast this time.

In the late 20th century, Oshkosh experienced numerous floods because the storm sewer system was inadequate after development altered the drainage of the land. Shortly after the millennium, the city addressed the problem by installing giant pipes under the streets. Anywhere there was a handy spot of vacant land they dug storm water runoff ponds, which are left as natural wetlands. I walk past this one on my way to the grocery store several times a week. There’s been an egret hanging out in it the last few days, much to the chagrin of the red-winged blackbirds. 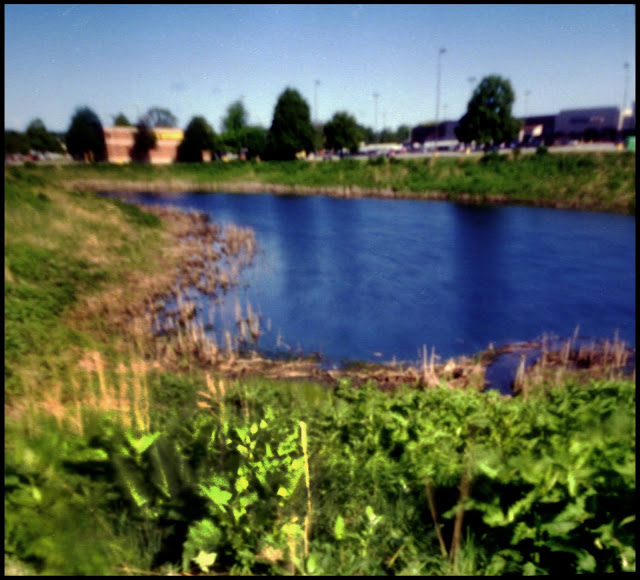 There’s another just across the road behind a large townhouse development. For some reason they cut most of the growth on the other one but have left the cattails and reeds grow in this one. In the spring millions of frogs provide a choral performance as you pass by. 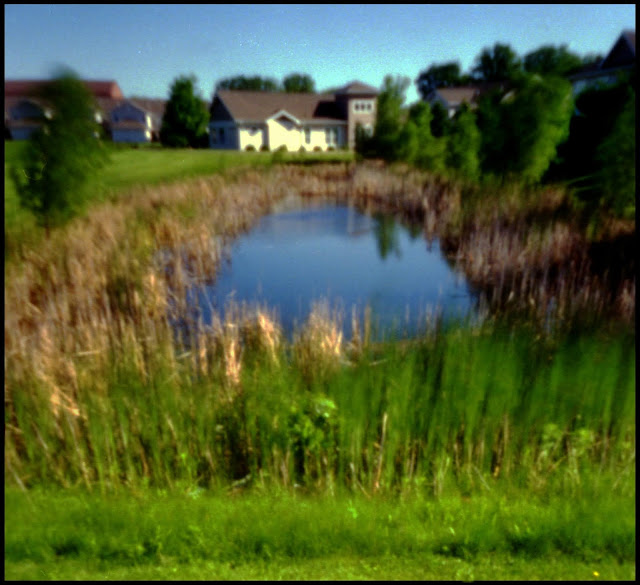 Farther down North Main, just about where the neighborhoods end, is another that stretches about two city blocks. 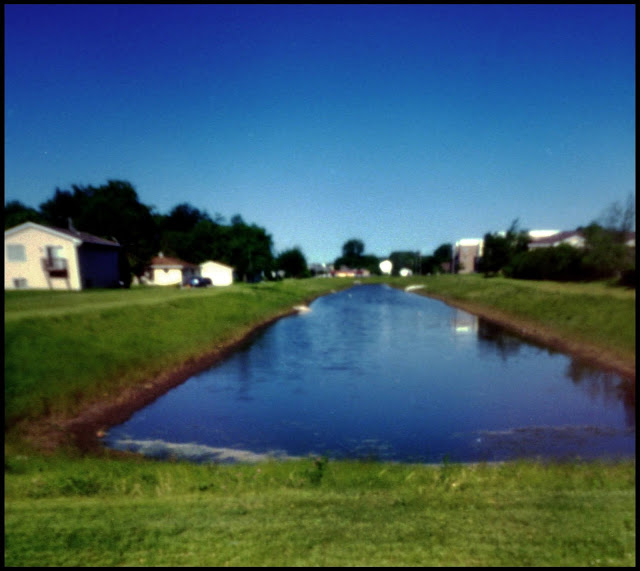 Just north of that is a cluster of apartment buildings, and then another pond stretching most of the block with decorative rocks on the Main Street side. 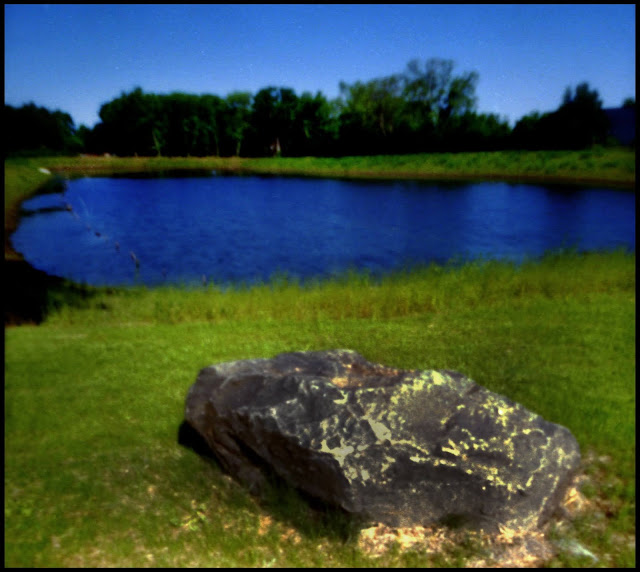 At the intersection of Main and Packer is another which looks more like a natural wetland. 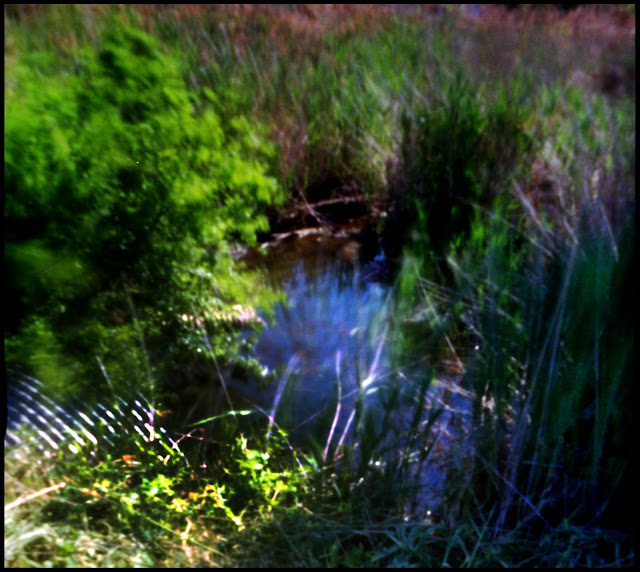 The area is an industrial park with some pretty large factories, most of which pay at least some attention to landscaping next to the road. 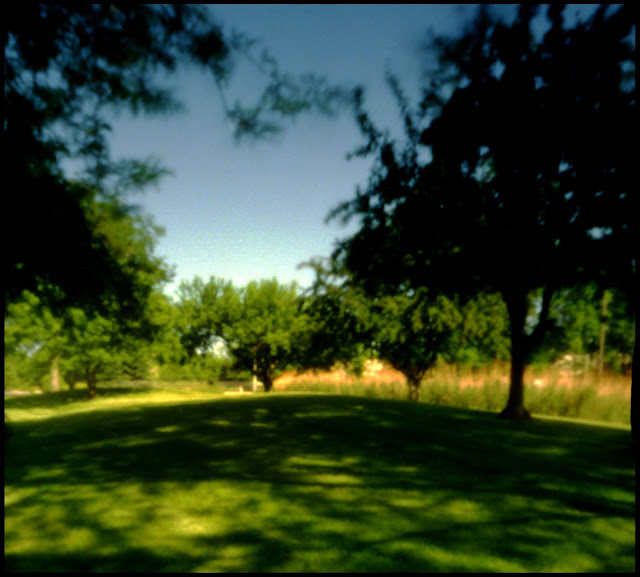 It also includes a sizable water feature which I wouldn’t be surprised to hear had something to do with storm water management. 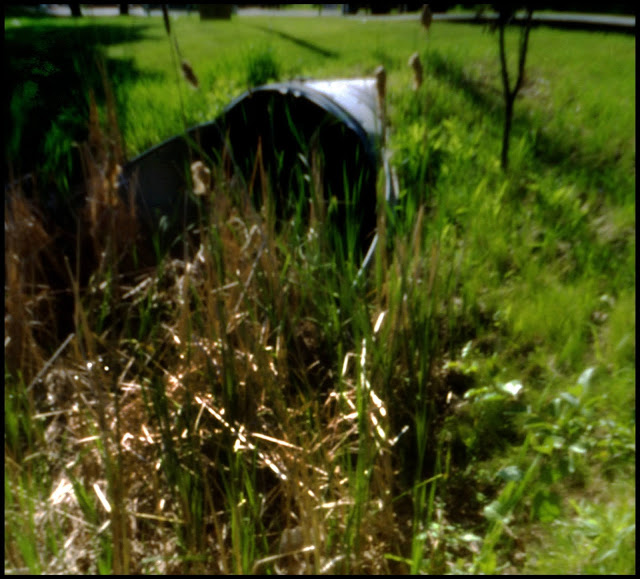 After getting sucked out of Lake Winnebago and run through a lot of modern treatment, the water ends up here. 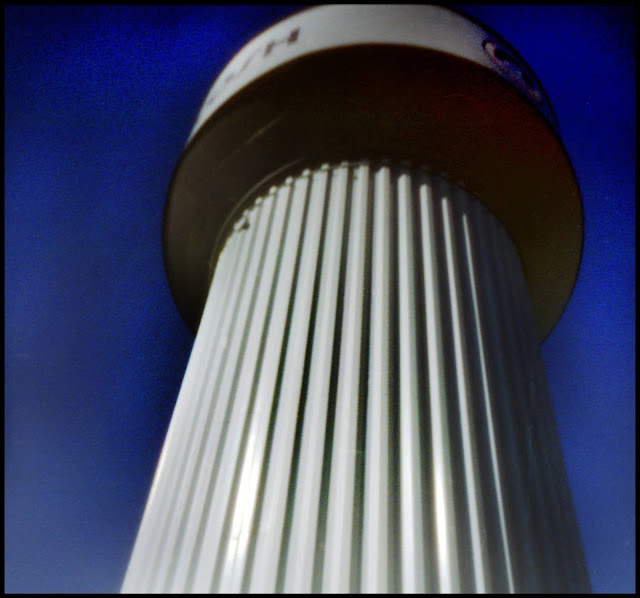 There’s a little roadway behind the water tower that turns into a dead end after just a few yards. 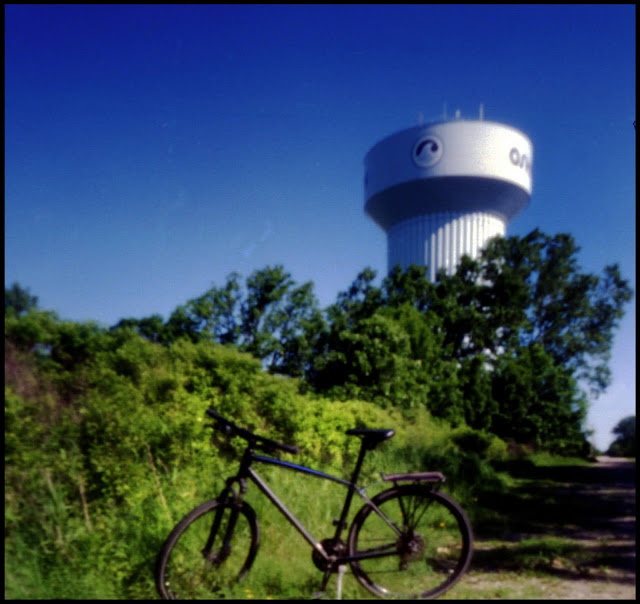 I suppose you have to get heavy equipment and supplies inside to maintain these things. 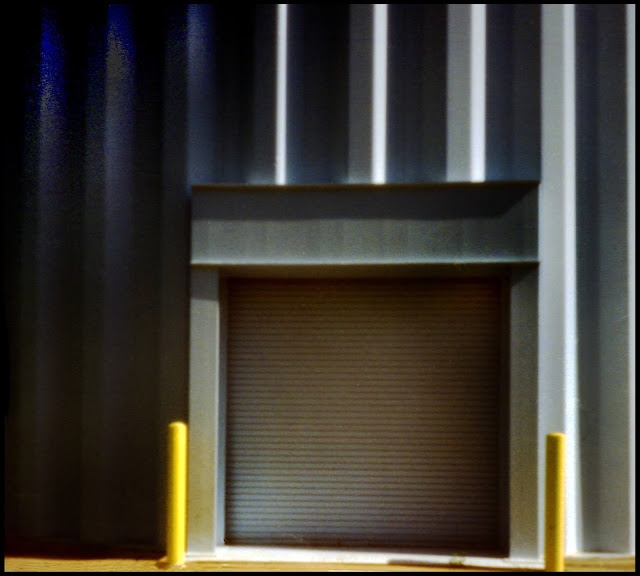 The storm water of course ends up in Lake Winnebago.

Here’s a group launching a boat into Asylum Bay. 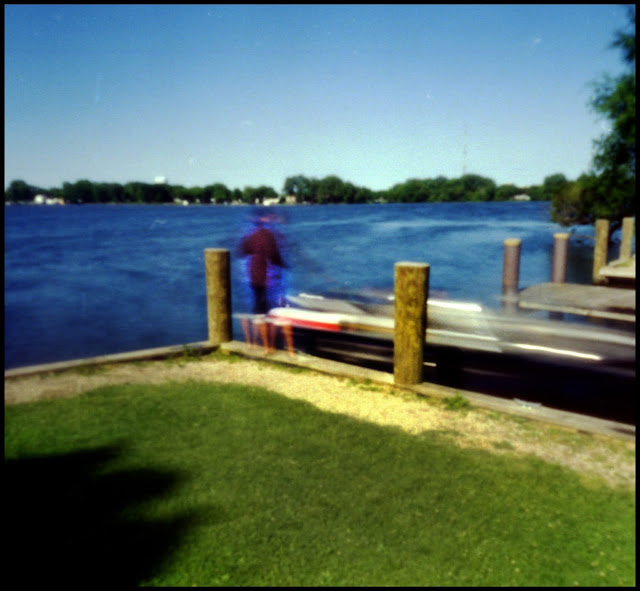 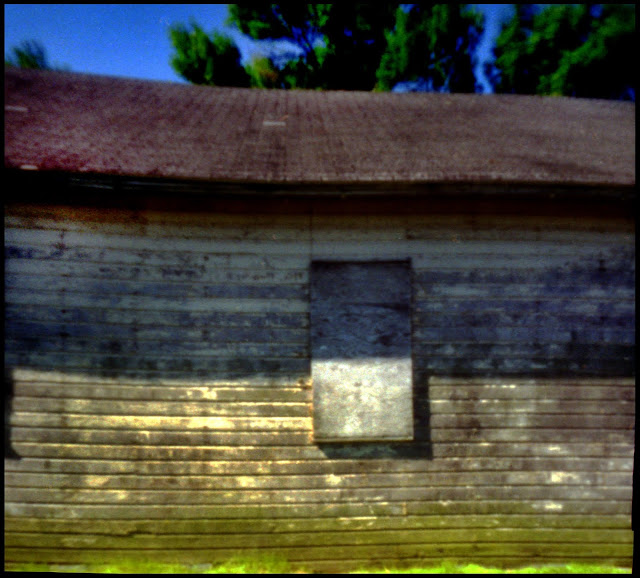 Looking back across the bay from Asylum Point. 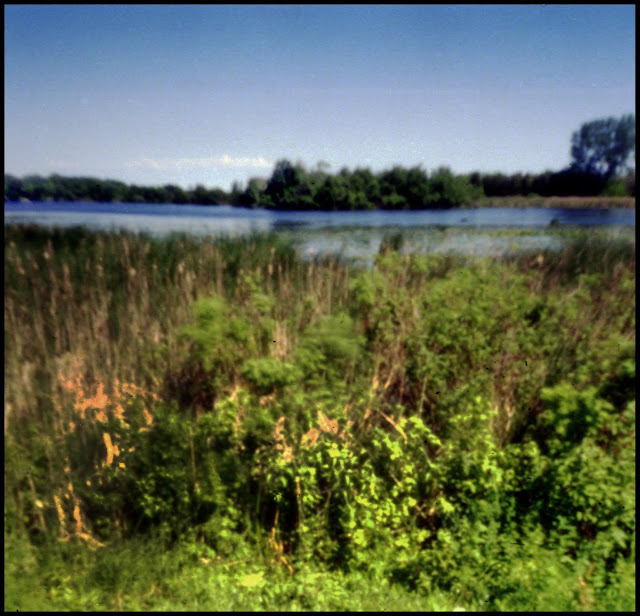 They’ve removed most of the damaged bridge which went over to the island at the end of the point, but still have to deal with these pilings. 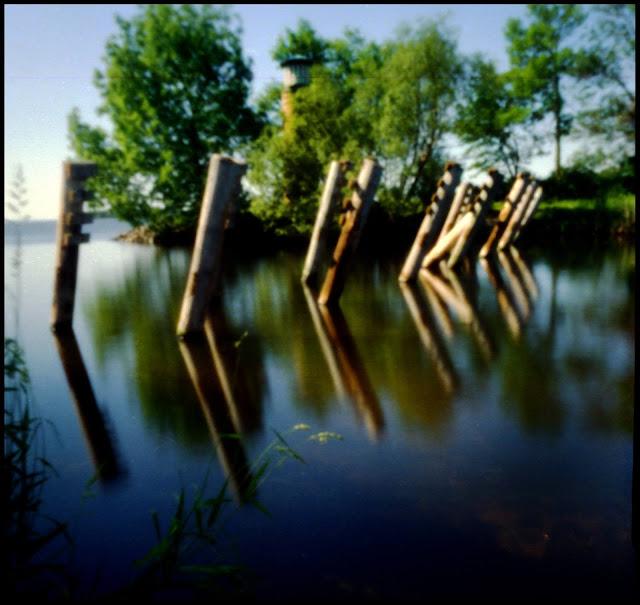 Between the ice shoves and offshore winds, it’s not uncommon for trees to fall into Lake Winnebago. 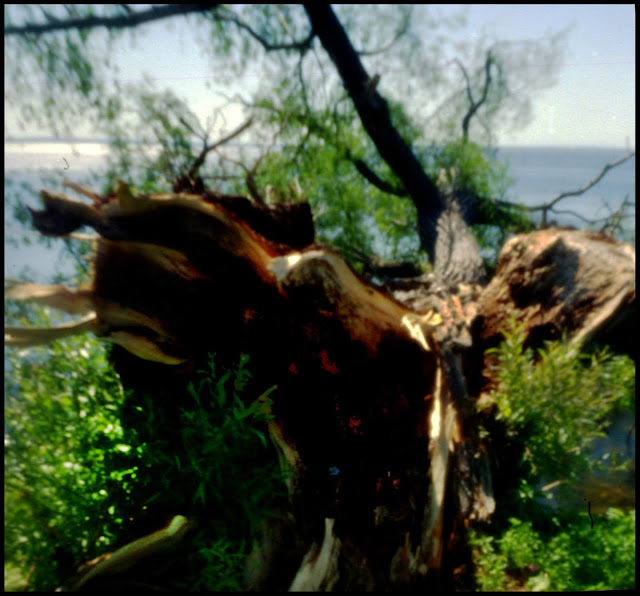 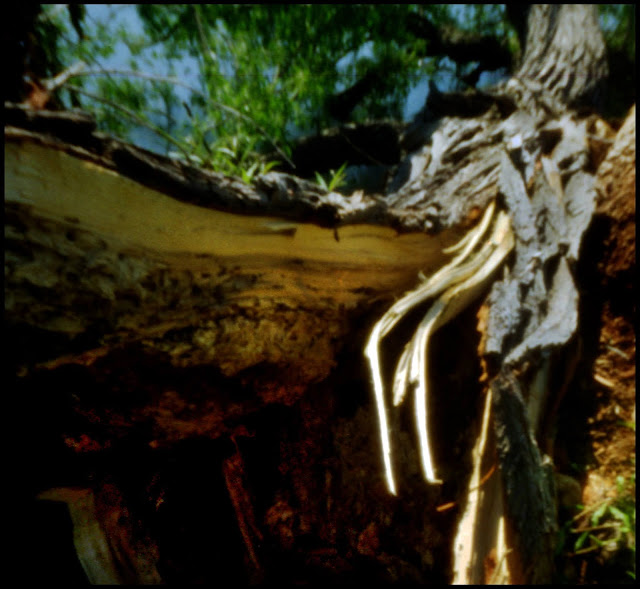 A boat with the kind of grid of lines that’s irresistible to a user of a camera with a rising front. 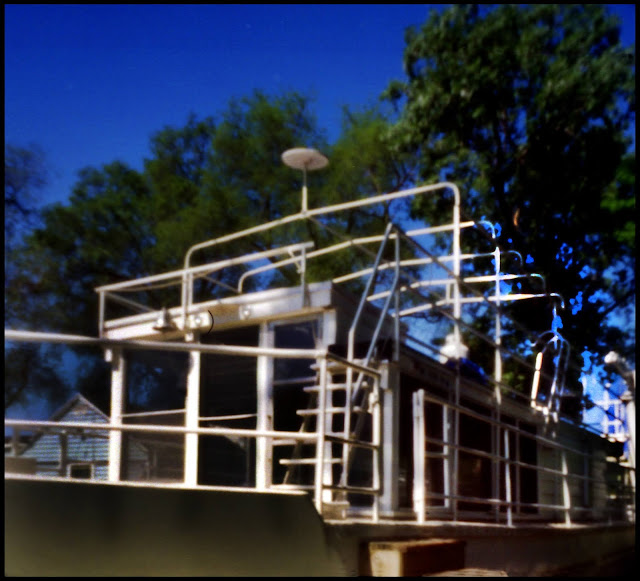 At least half of the Winnebago County Community Park is covered by wetlands. 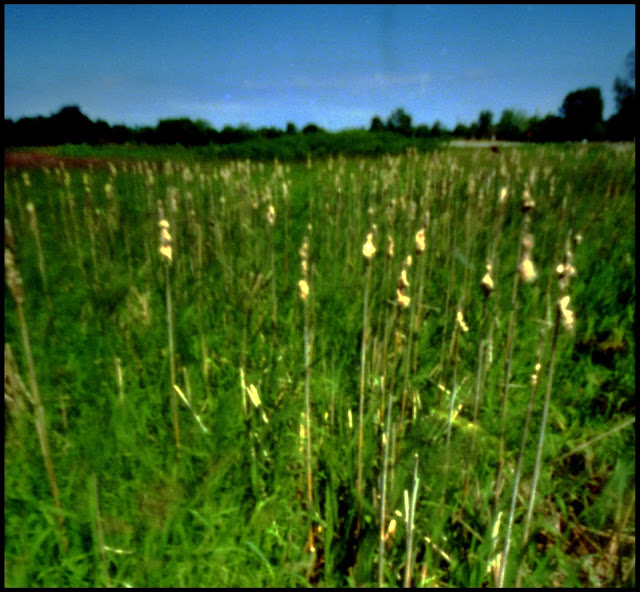 There’s a disk golf course threaded between the marshes with the occasional boardwalk to cross between the fairways. 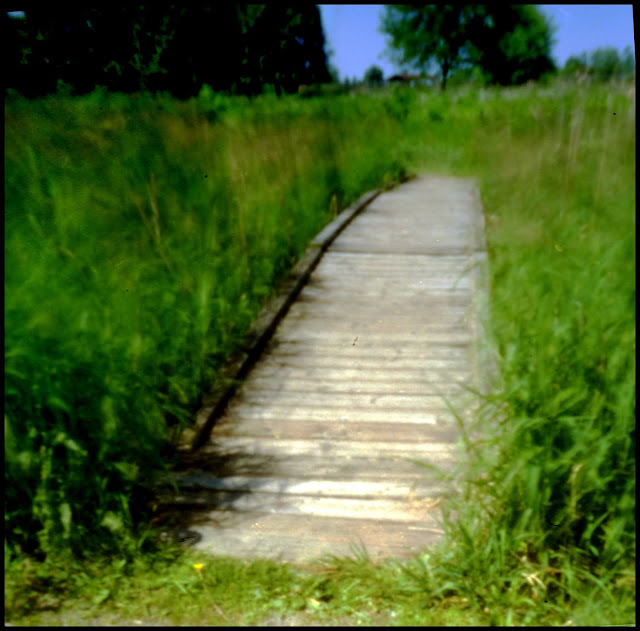 The south end of the park includes a long lagoon, home to families of geese at this time of year. 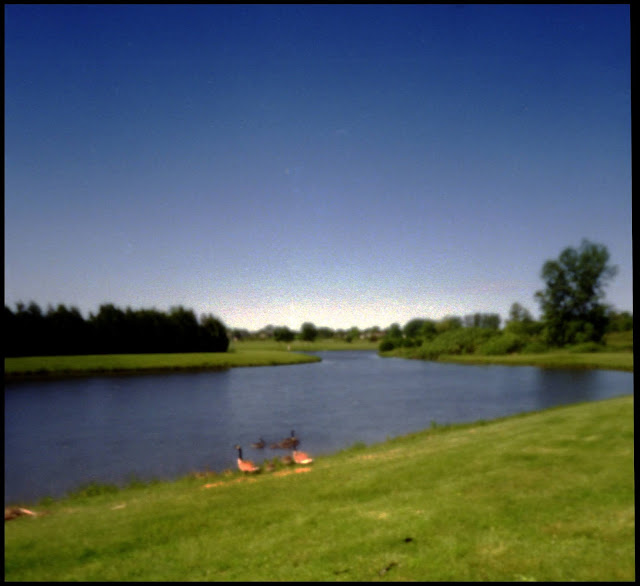 No matter how slowly and casually you approach, it’s hard not to look threatening to a goose when you’re carrying a tripod. 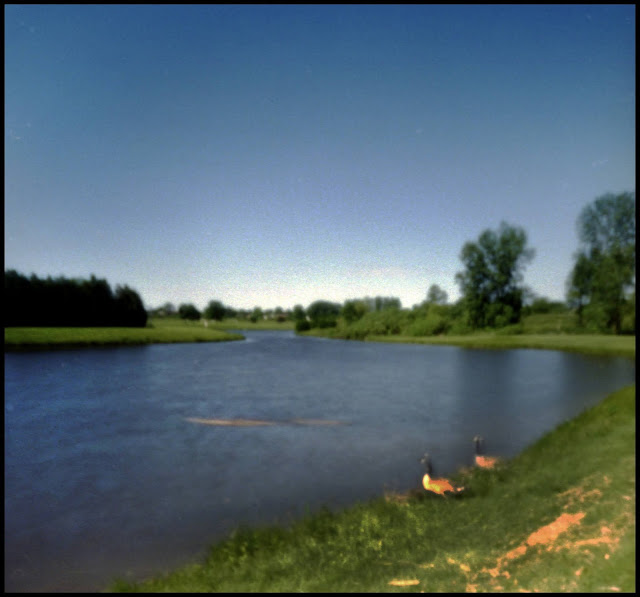 They shed a lot of feathers. 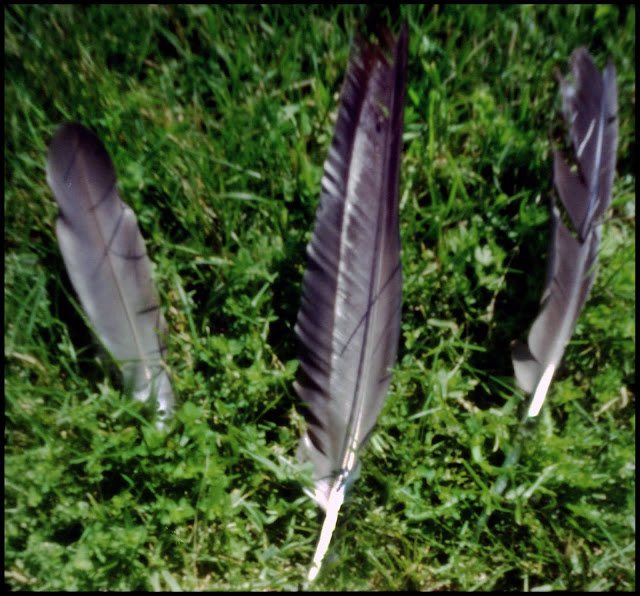 A small private campground is sandwiched between a ranch house development and the old landfill. It includes a recreational water feature. 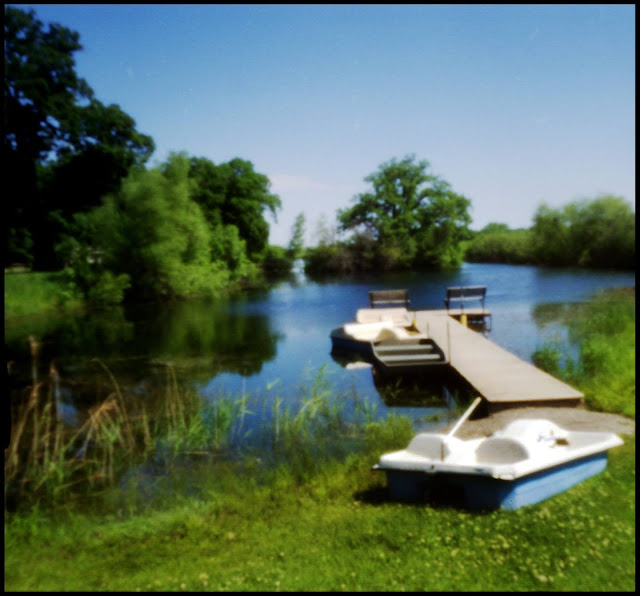 Nice place to get the rustic rural Wisconsin experience. 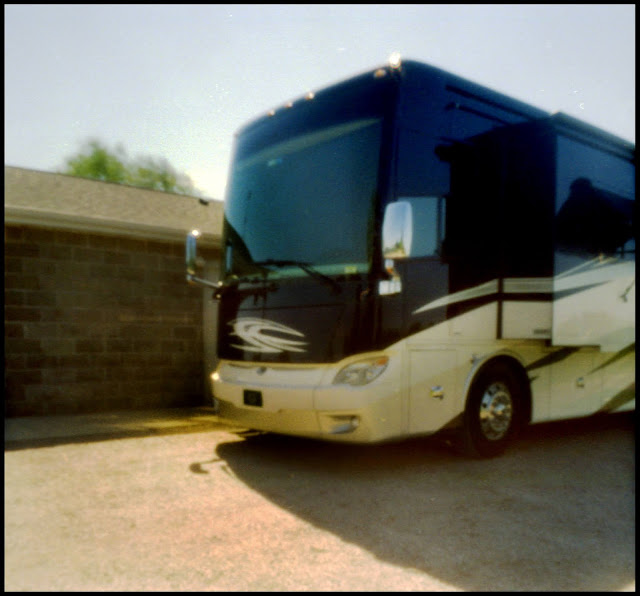 A few farm fields still exist between the campground, the suburbs, a horse ranch and a few factories. On one side of the road were soybeans. 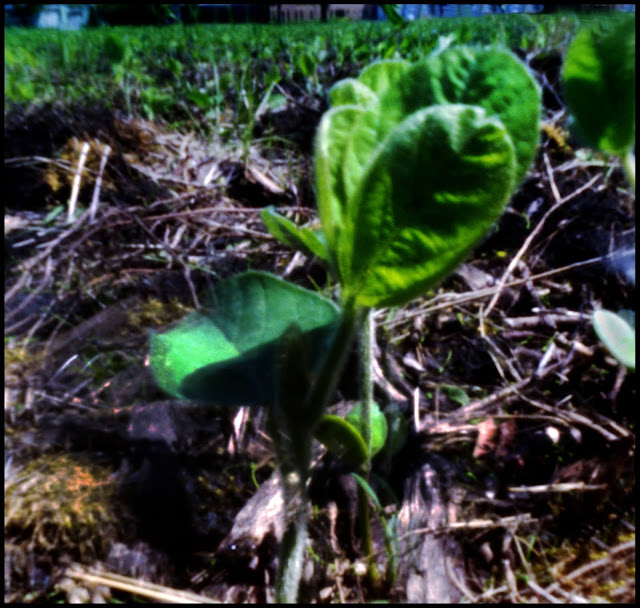 On the other, corn. 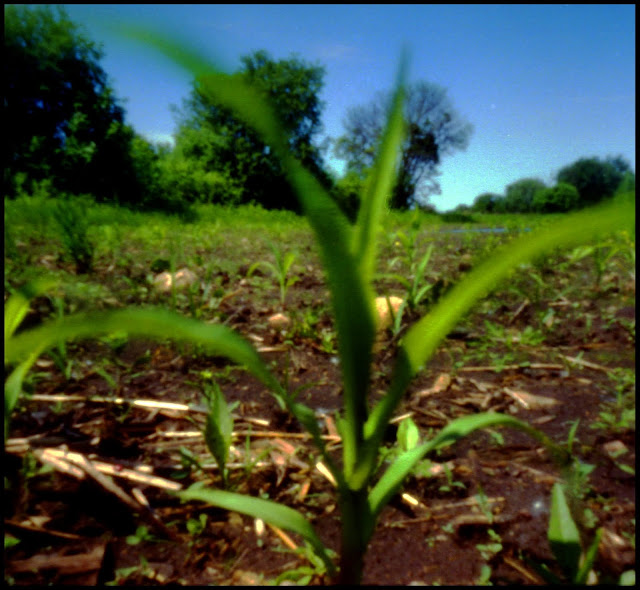 Back in the city, the North High School Nature Laboratory drains the water off the school parking lots. 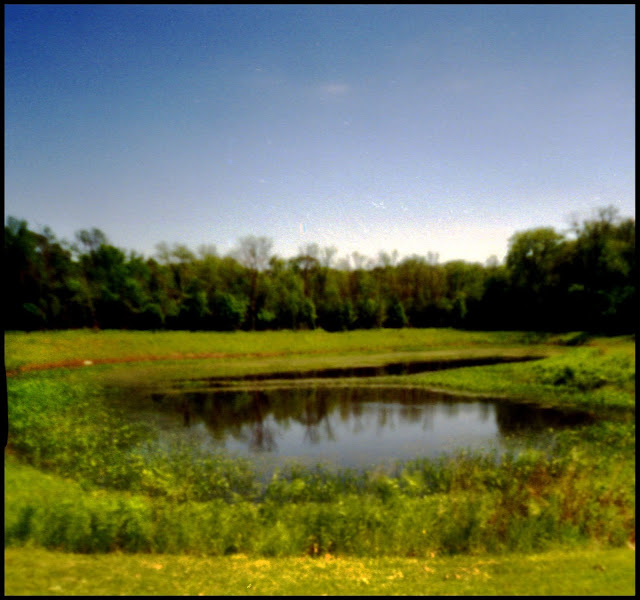