One thing I think digital-native photographers will never understand is that sweet conflict when you've finished a project and you still have half a roll of film in three cameras - you're impatient to look at the pictures but it's an excuse to go out and play pinhole. Therefore, here is a piece in three movements.

First movement: Allegretto - North and east of the city.

Great Northern Stratagraph - a packaging digital printer.  Whaddya think they have in that giant white hopper? 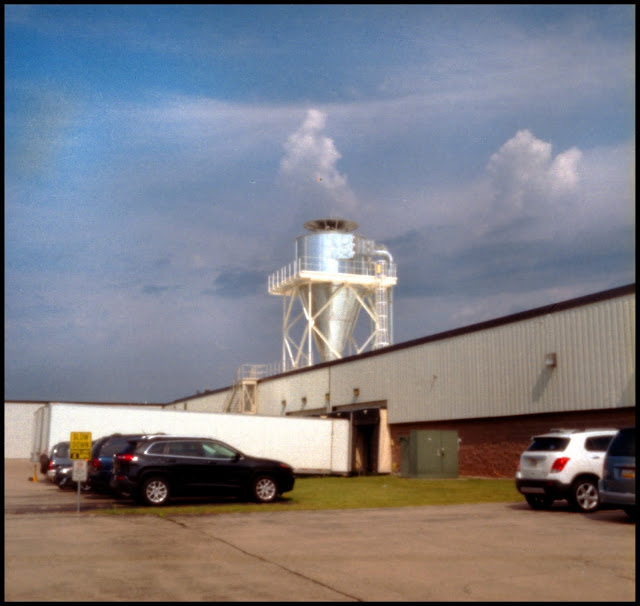 Over at the county park, those clouds look a little peevish when you're under them. 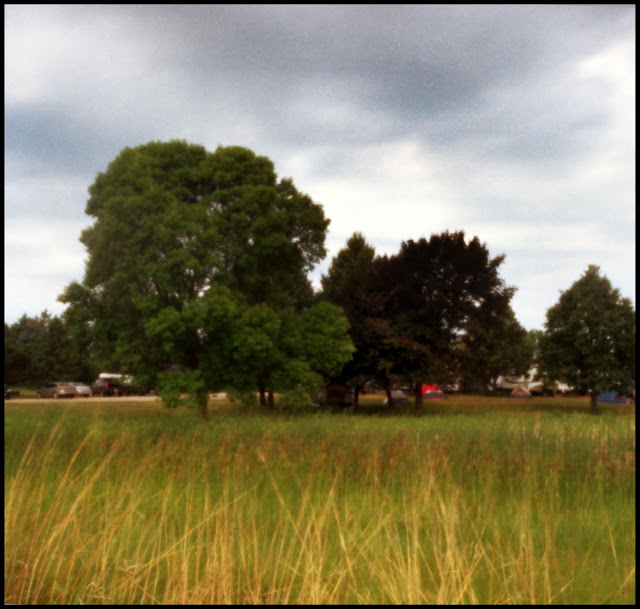 Baseball backstops are almost as ubiquitous as schools and churches in the United States.  Zoom in and check out the resolved chain link. 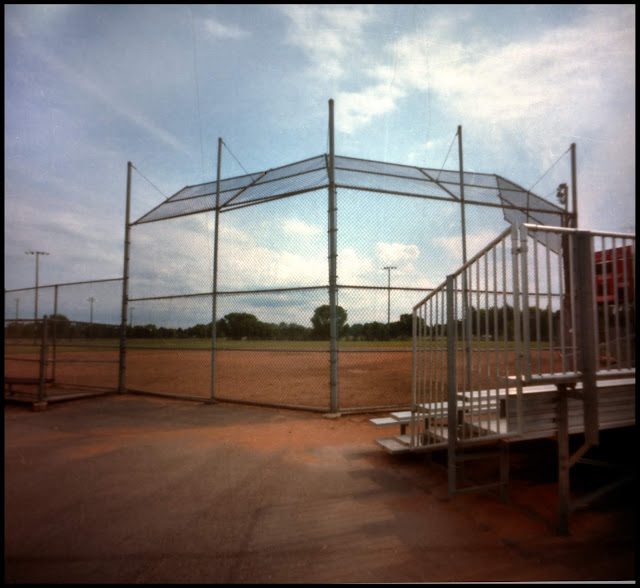 Most of the north end of the park is wetland laced with disk golf fairways. 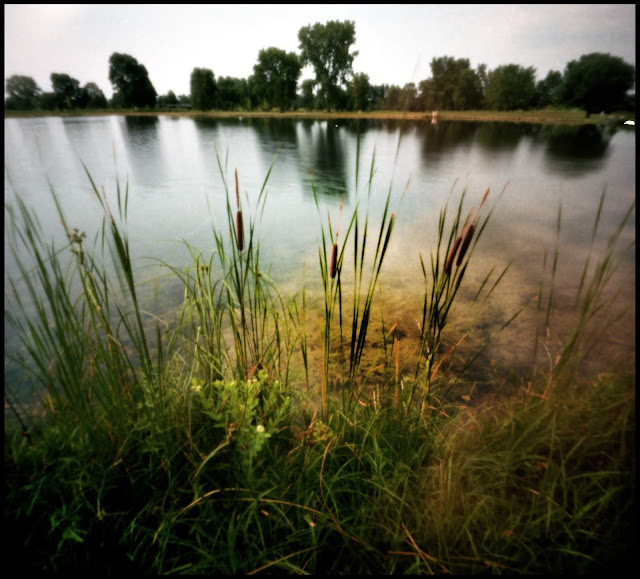 Following Sherman Road to the lake, I encountered this fallen giant being engulfed by vines. 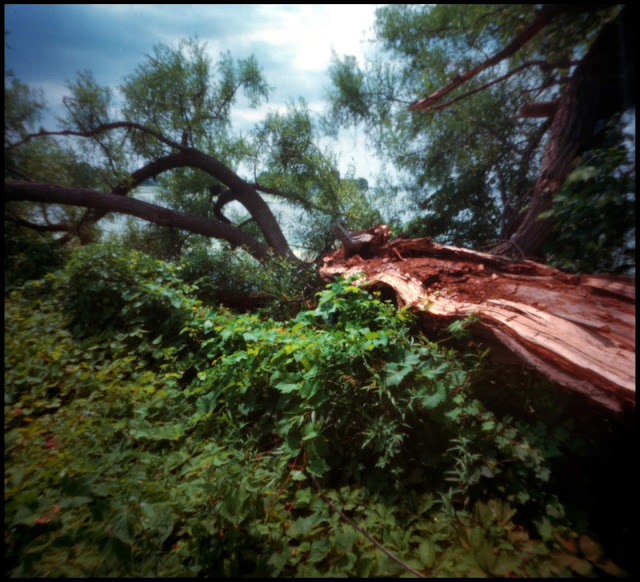 A public fishing dock in about as good shape as the tree. Probably both victims of an ice attack. 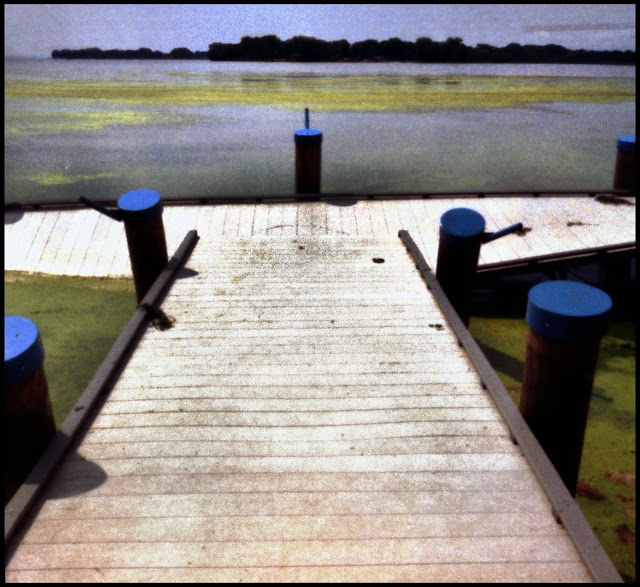 Looking across Asylum Bay.  That's Asylum Point to the left. 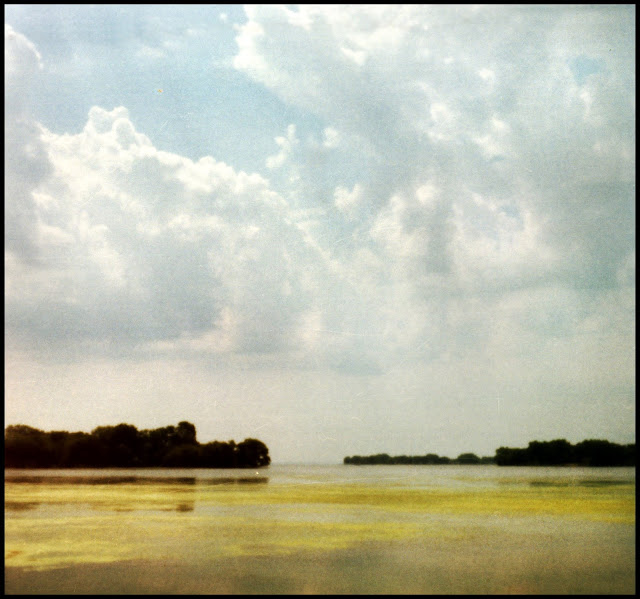 The clouds got not only angry but downright aggressive and I had to hightail it home.  I made it to within two blocks before the rain began.

The Second Movement: Moderato - South and west of the Fox.

I seem to have weak spot around 700 nanometers.  This playground equipment is at the south end of where Knagg's Ferry crossed the Fox, the only way for 19 years. Noted on the nearby Official State Historical Marker: "Governor Henry Dodge and his party crossed on the way to the Council at the Cedars where the Menomonie Indians ceded to the United States all their lands between the Fox and Wolf Rivers."  It's called Rainbow Park, but I can't see any deliberate ROYGBIV or LGBTQ. 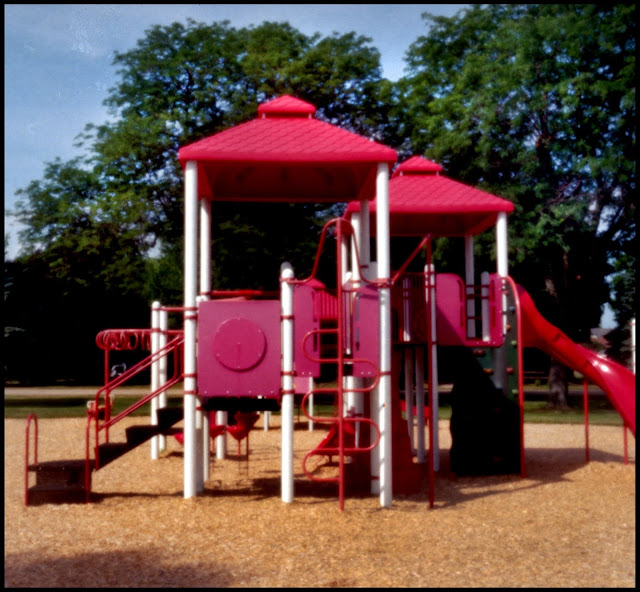 Mark Rothko and Franz Kline made me take this picture. 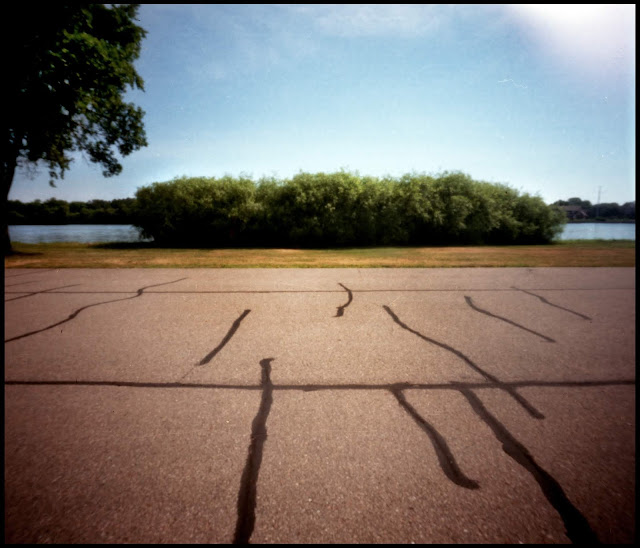 Not sure who to blame for this one - Joel Meyerowitz or William Eggleston. 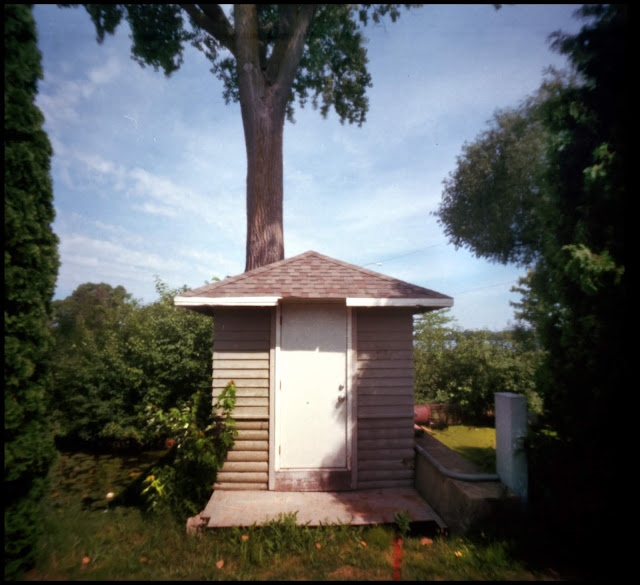 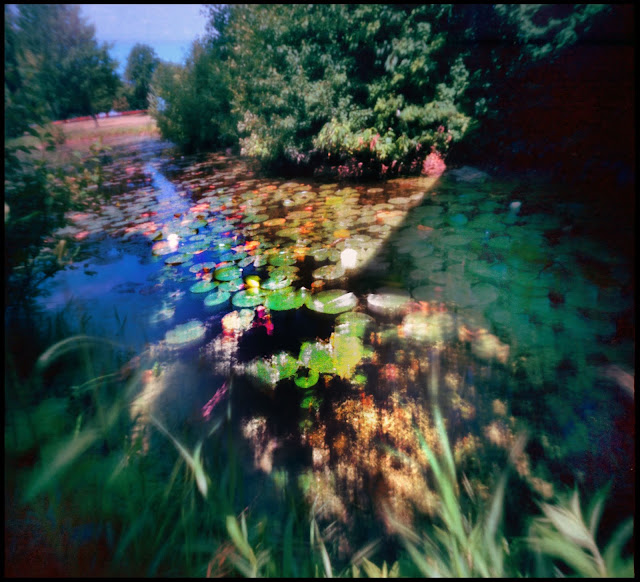 Can't put a name to this one, but it looks familiar. 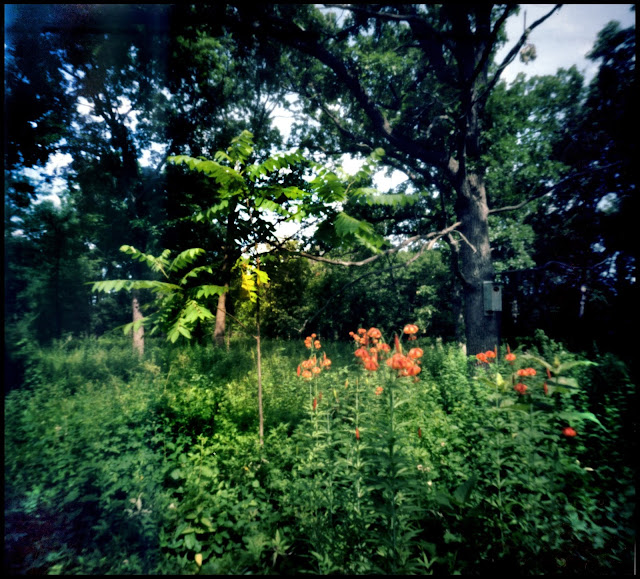 A new palm acquired in the endless quest to replace the privacy of the privet hedge. 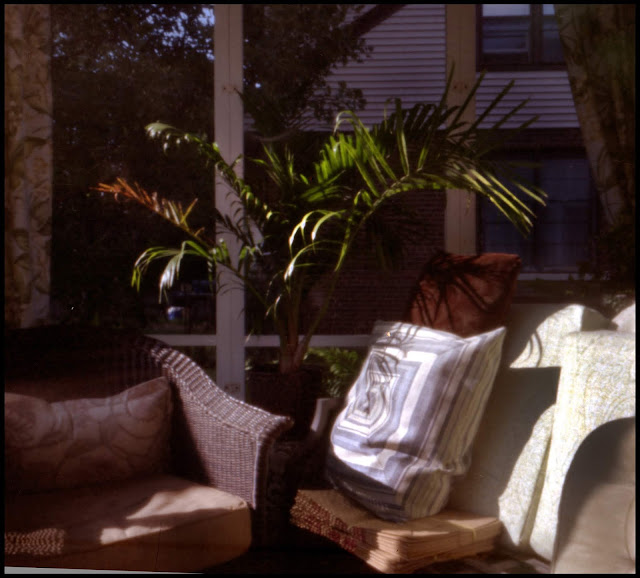 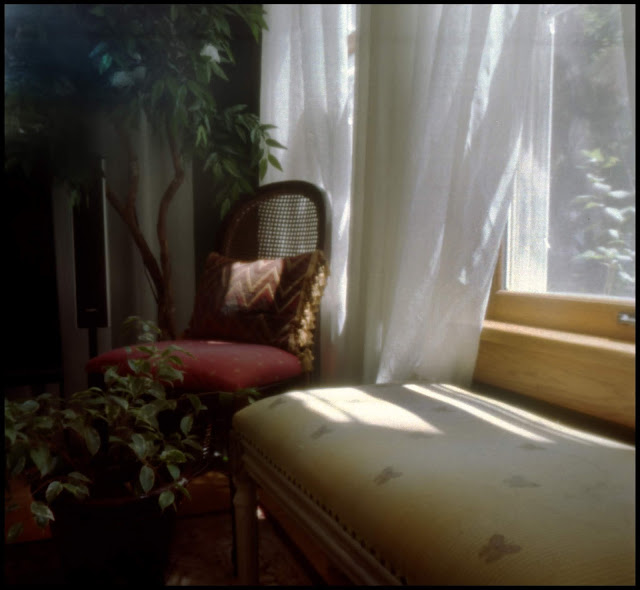 All make 6x6cm negatives.
Posted by Anonymous at 1:07 PM