LUMP East in the Age of Coronavirus

Yesterday was the Fall get together and photo walk of the League of Upper Midwest Pinholers. I’m sort of an honorary member. I’ve never made it to one of their events but I try to do something to show my solidarity when they’re getting together in the Twin Cities. This year they had to forego the breakfast portion of the day and met outside at the Minnesota State Fairgrounds in St. Paul where they could interact at a proper social distance. I don’t live in such a grand metropolis so the best I could do was the Winnebago County Fairgrounds.

Lately the fairgrounds is the Covid-19 testing site for the county. In order to safely control traffic, instead of the normal entrance, they’re using the one just down the road normally used during the fair to bring in livestock. There’s no testing on Sundays so I didn’t have to worry about getting in the way. 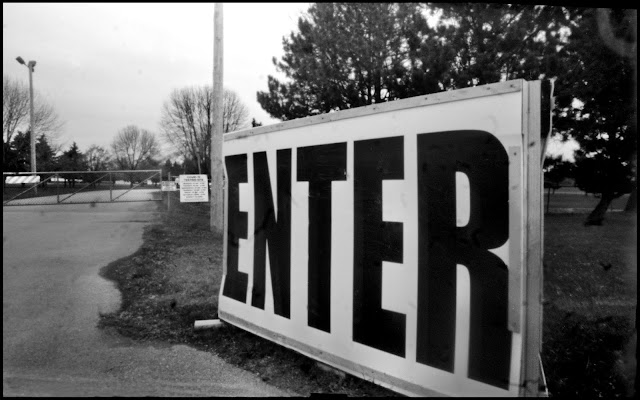 Wisconsin is one of the current hotspots and Winnebago County one of the hotter spots in the state lately. The parking lot is full of traffic cones defining numbered lanes to keep things organized for the drive-through testing. There’s been over 2500 new cases in the last two weeks with a 13% positivity rate so this has been quite a busy place. 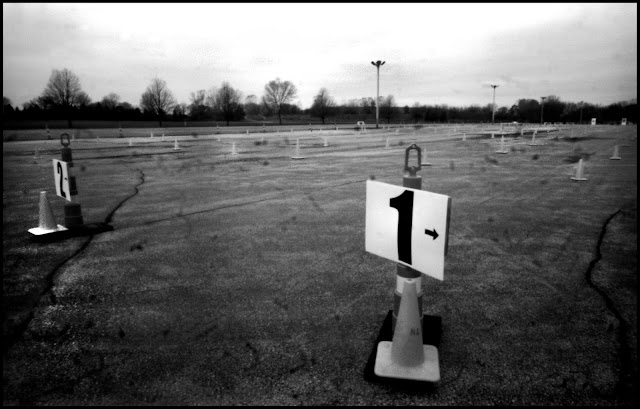 They set up this very makeshift looking booth to register people coming to get tested. 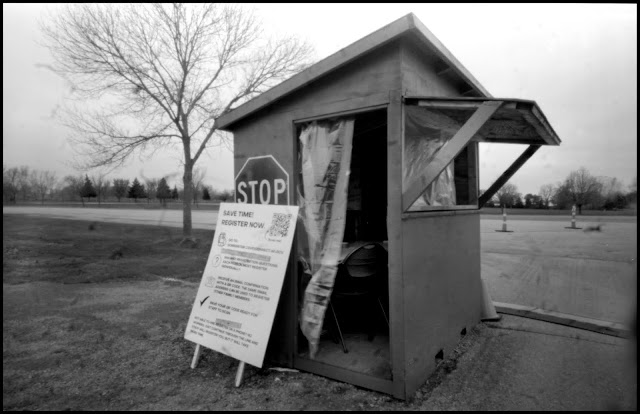 Unlike the Minnesota State Fairgrounds which has been around for over a century and has numerous permanent buildings, Winnebago County’s facility has only been here since about 1990. Other than the animal barns, the only building is the Exhibition Hall. 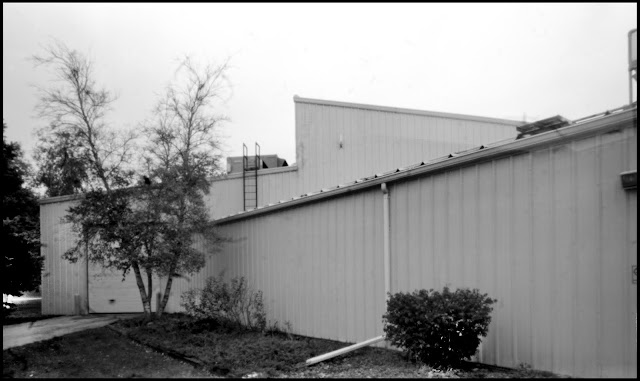 There is a rather large grandstand which hosts car racing and a few festivals during the rest of the year. 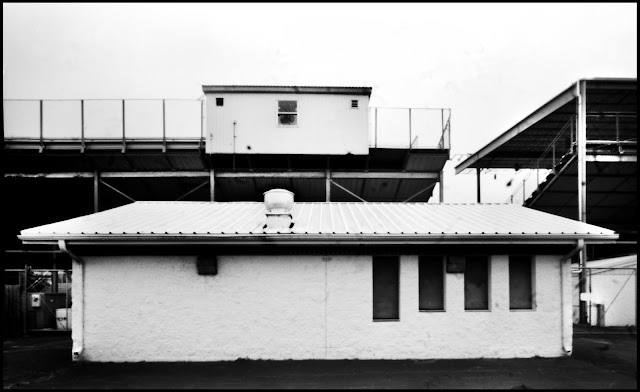 The grandstand itself is fenced-in and locked. I noticed the gate to the inside was open. I went in to get a view of the bleachers. 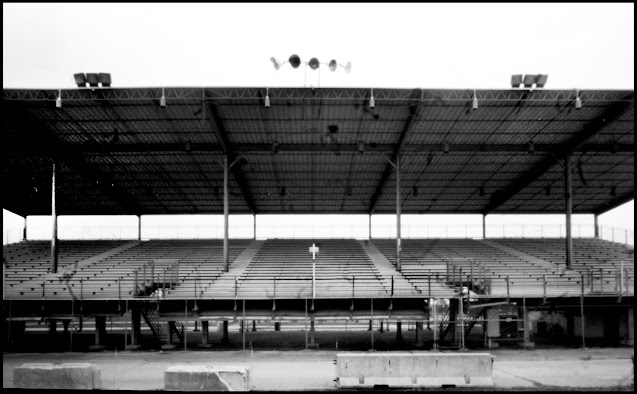 It had rained nearly three inches from Wednesday through Friday. About the time I got to where I wanted to take the photograph, I noticed about a two inch layer of muddy clay was clinging to my shoes. I didn’t think about it until I got home and most of it had scraped off, so this will have to do for the official footograph. 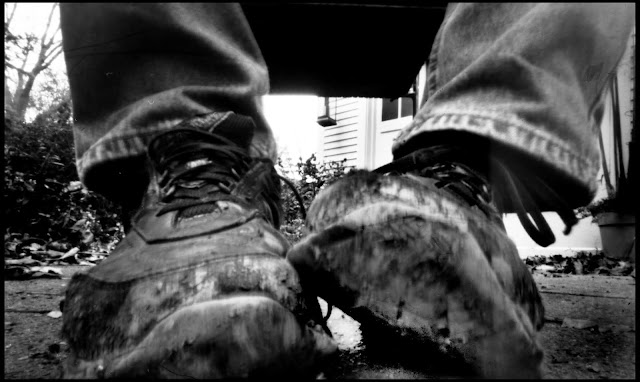 A group photograph is traditional for this sort of event. I wasn’t within a quarter mile of anyone at the Fairgrounds so I didn’t have to wear the mask but if I had been together with the rest of the League, this is what I would have looked like. 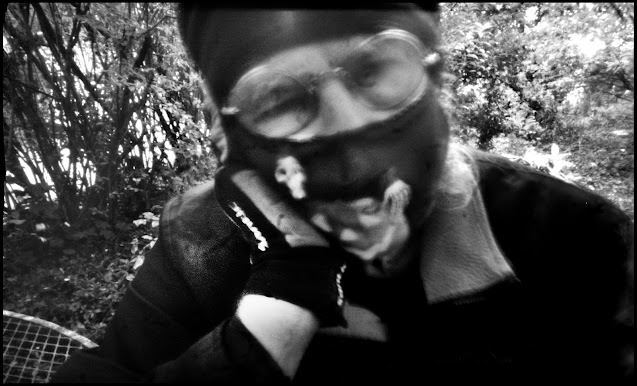 To lighten things up, I’ll include one of my efforts from several years back when my mustache wasn’t entirely grey yet. On the f295 post where they were sharing the results of their walk, I posted this with the comment: “The more I think about being like Minnesota, the more I look like Wisconsin.’ 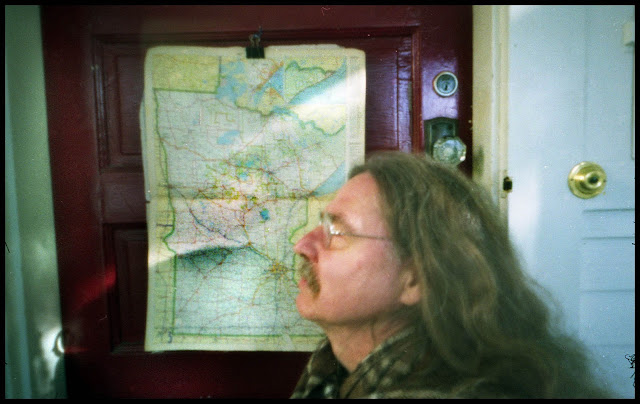 All the black and white images were done with the 55mm front on the 6x9cm Variable Cuboid with Ilford Delta 400 semistand developed in Rodinal 1:100 except for the footograph which was done with the Pinhole Lab Camera at 60mm on Artista.edu grade two paper developed in the Rodinal I had used for the film. The color picture was done with The Populist on 35mm Walgreens' Studio 200.
Posted by Nick Dvoracek at 4:01 PM