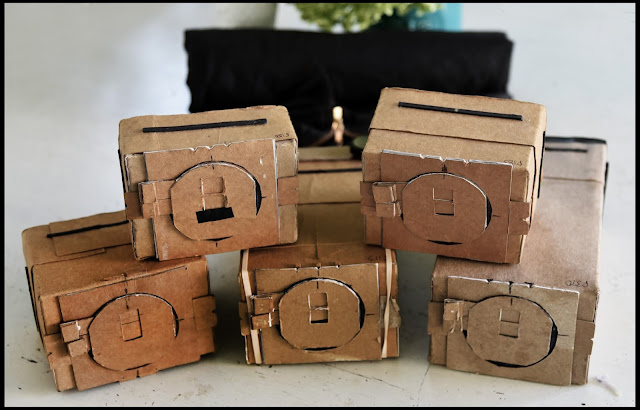 Curiously, in the midst of all this business with the small, square format Manic Expression Cube, I was working on expanding the 6x9cm Variable Cuboid System.
One thing that led up to this was that I had made three fronts for it. Two were stereo, which were kind of disappointing. The format was 6x4.5cm in vertical only, which is weird for me when using any rectangular format. The image sizes for the pairs were different enough to be distracting and needed to be fixed. After all the work in stereo this winter, it was plain that a separation of only 45mm between pinholes didn’t seem worth it.
So I had two ready made fronts and already had the pinholes. All I had to do was tear out the septum, pry off the stereo shutter and make a new one. One of them was at very-wide 30mm and one at middling 55mm. (The third front was a 70mm). I went with the rotating over-and-under shutters as on the 70mm. If I did do a vertical composition and didn’t have access to the rising pinhole it would drive me crazy. It’s actually not that hard to make. 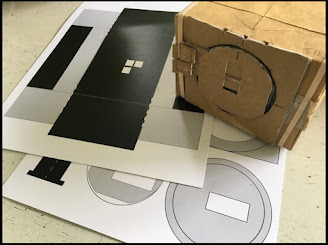 For templates, I’ve always used regular copier paper on any printer I could get acccess to. During the pandemic, I didn’t have access to my normal sources. At the digital print shop that does our Christmas Cards, they've always told me their minimum order was one. So I had beautiful black templates printed on stiff 110 lb. card stock. Four tabloids and six letter sized sheets came to less than five bucks. They’re really nice to work with and make extra strong parts.
To round out the system on the heretical long end, I chose to make 135mm and 200mm fronts.
I’ve made 6x6cm cameras at 100mm and 120mm. I picked 135mm just to be a little different in this range, partly because of the wider format and because this is such an iconic distance. Everybody’s first telephoto lens is a 135.
I’ve been a little infatuated with the 200mm on the Variable Cuboid so I did one that size for this system as well. I also have to shout out to Camera Casino who supplied me with a sheet of chip board that they use for backing large format prints so I could make this huge box. It’s very nice not to have make seams and deal with pre-existing folds.

Another thing that led to this was fear of becoming too set in my ways. I’ve been really enjoying the square format for a few years and haven’t loaded a regular 35mm Populist since January. Can’t I deal with a rectangle? I’ve also been going a little nuts with the small format Manic Expression Cube lately. I’ve been doing some undisciplined things like taking more than one exposure of a subject. Is it just because small pictures are cheap? Am I falling into the digital photographers trap of not pre-visualizing and just blasting away? Am I not worthy of a sizable piece of film? I don’t have to use the vertical option if I don’t want to.
I took it over to Merrill School for a demo.
The 30mm front. .2mm Gilder electron microscope apertures. f150. Rising front pinhole. 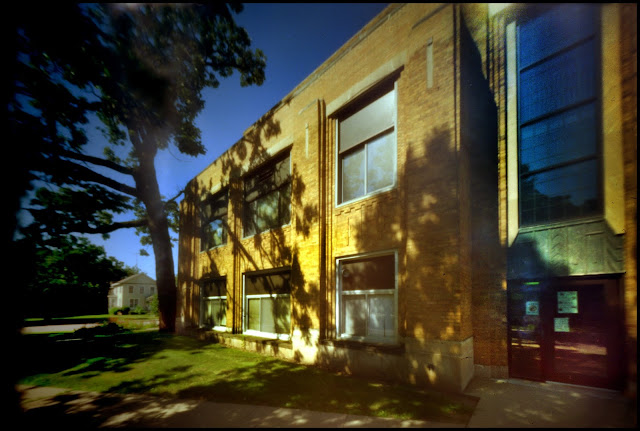 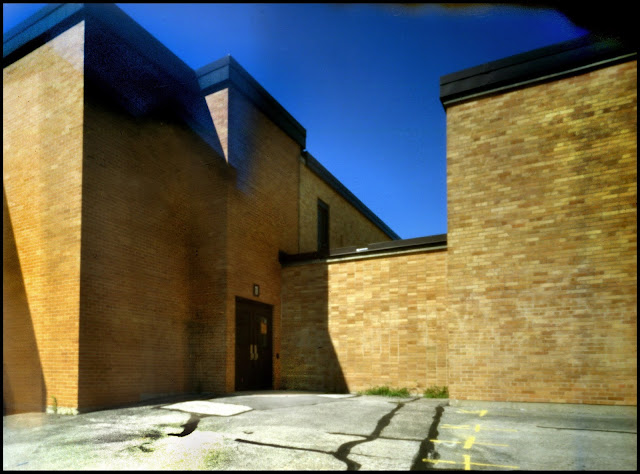 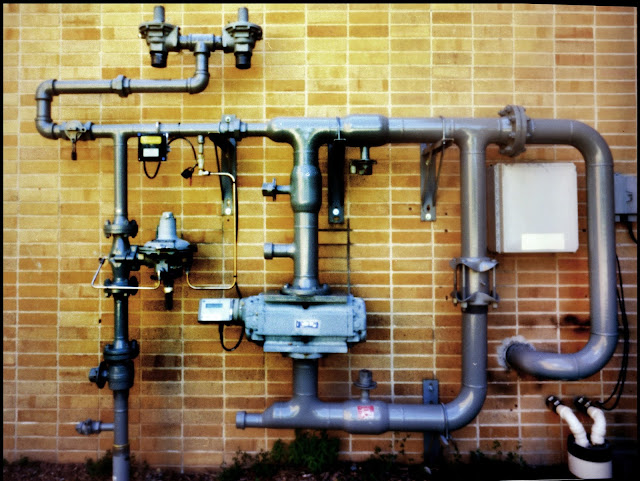 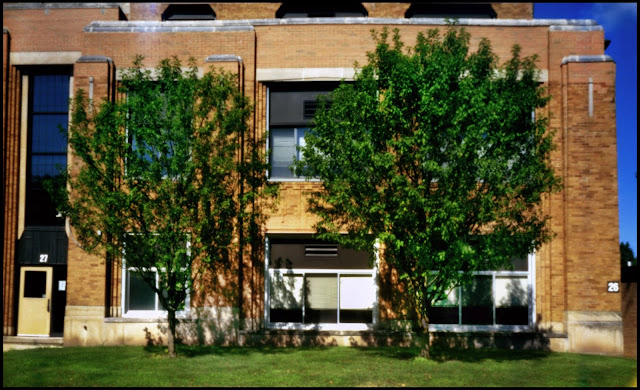 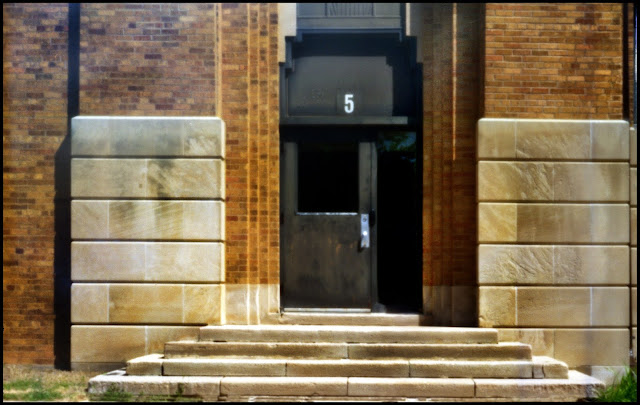 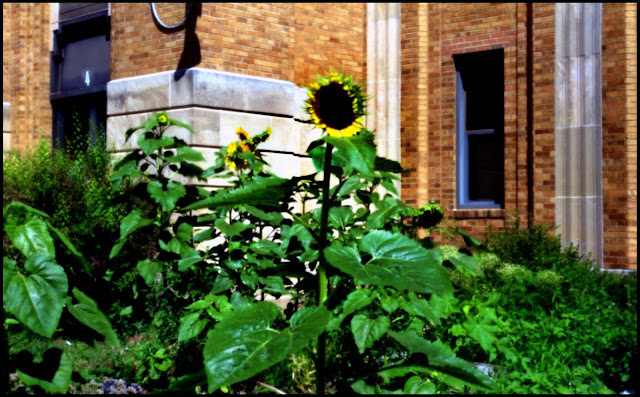 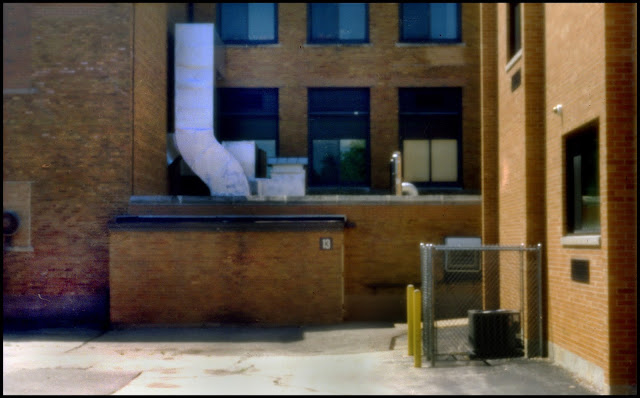 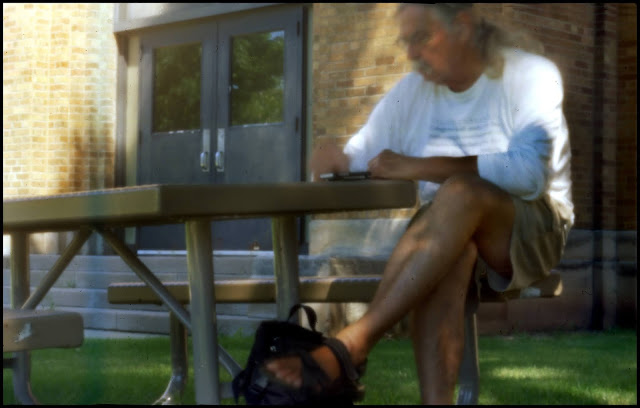