Random Acts of Color in the Evil Cube

One morning I was looking at some pictures I had done with the Evil Cube and thought about what a nice convenient, reliable little camera it was. With such nice pinholes. Then I looked up and saw the sun shine in the corner of the room shortly after dawn. I had just finished Sun and Shadows and had the Variable Cuboid loaded for North Main Street. What harm would it do to load the Evil Cube with color film and just carry it along? I must have been expecting to do more interiors since I chose Portra 400. 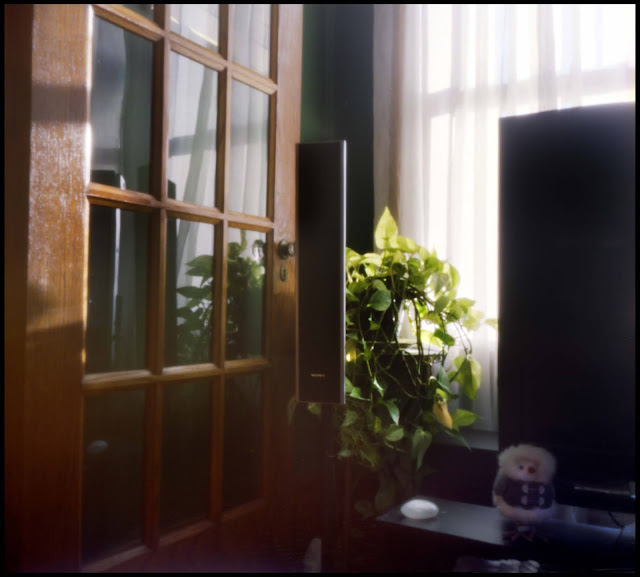 Later that afternoon I had to go to Oaks to get some Easter chocolate so I went down Main to scout for the black and white project. I couldn’t pass this sophisticated bit of color. A long shot from across the street two days later ended up in North Main Street. 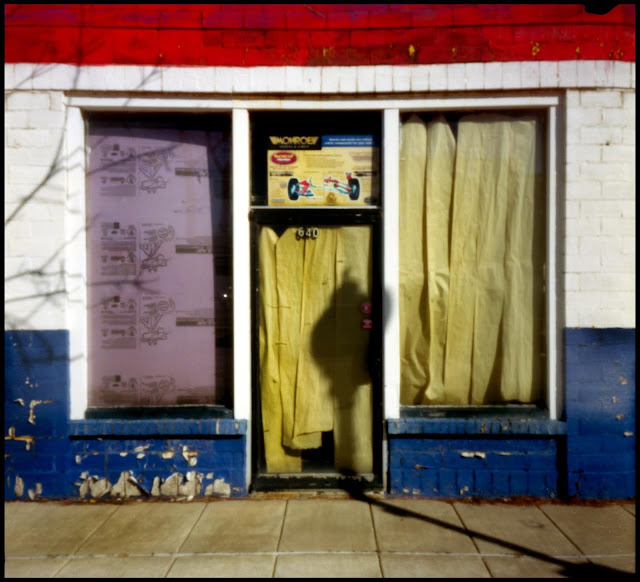 The next morning I was riding my bicycle down Bowen Street/Highway A and I noticed this radio tower. For as long as I’ve been a pinholer, I can still be seduced into pointing the camera straight up at some tall object, in this case contrasted with the dried vines which surround it. 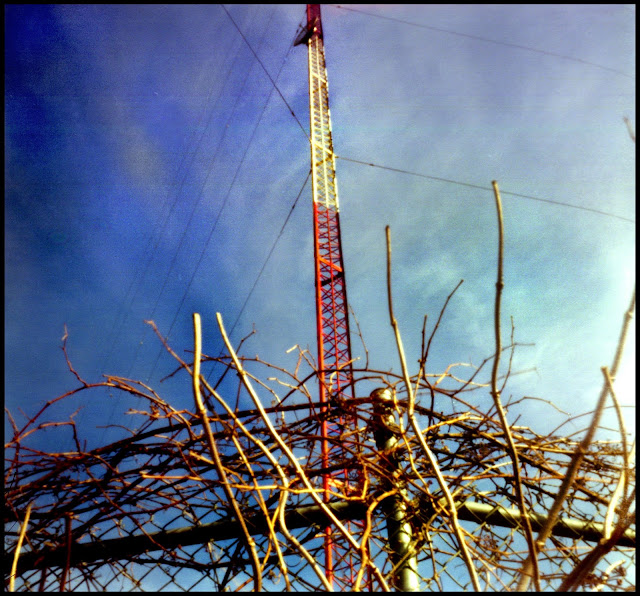 Lining up with a link looking through a chain-link fence again. I always try to imagine seeing these things all lit up in radio waves. I wonder if this thing is lit up in the radio band? 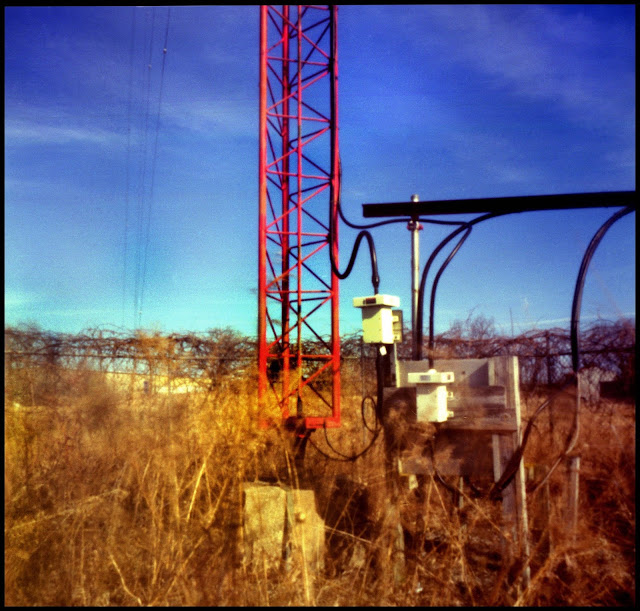 It’s right behind what used to be the studios of a top forty light rock station. It’s now just a repeating translator for WRVM, the Radio Voice of the Master, a christian station with transmitters all over Northern Wisconsin. I know of at least two other FM transmitters in the area and they’re much more neatly maintained than this one. 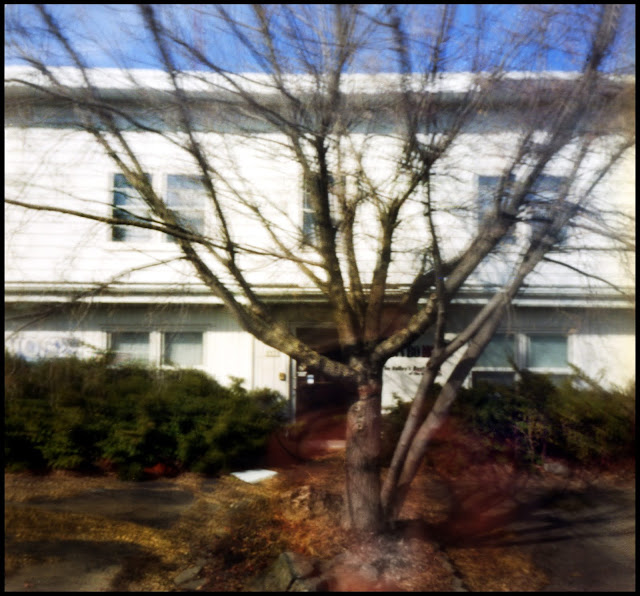 Later that day I photographed the east side of North Main. I was going into Camera Casino to change the front of the Variable Cuboid on the comfy couch when I heard chanting coming from Opera Square, half a block away. There were Black Lives Matter activists drawing attention to the Brianna Taylor case and the upcoming George Floyd trial. They were chanting pretty consistently and I couldn’t get anyone’s attention to ask if I could photograph them. I just started extending the tripod and mounting the Evil Cube. It’s fairly wide angle so I had to be right in the middle of them. They finally paused and I asked one guy if they minded me doing a photograph. He said “You don’t even have a camera.” I explained about pinhole photography. He lost interest and moved out of the frame before I got ready. 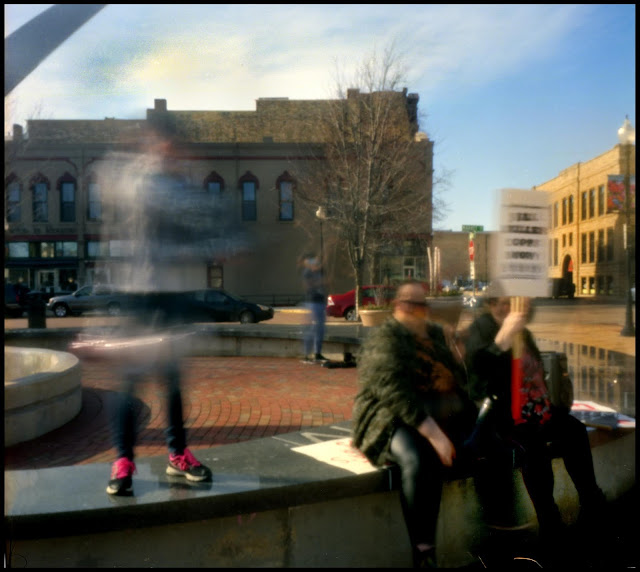 A sun beam on some spring decor in the morning. 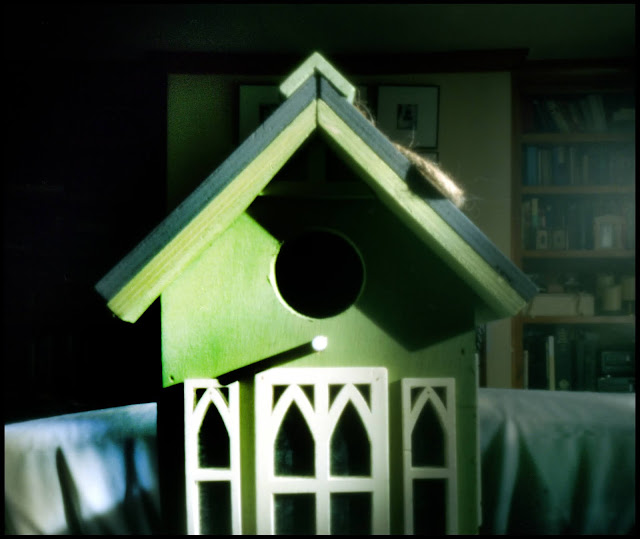 And now for the abstract expressionist portion of our program: spring surf on Lake Winnebago. 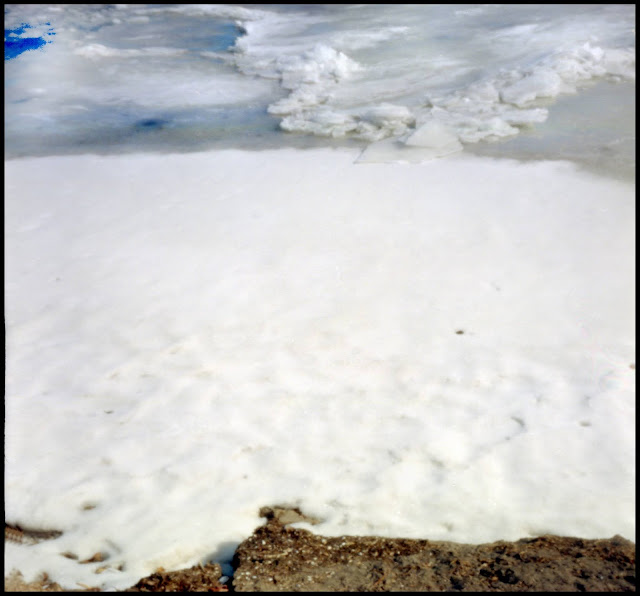 Oh darn! I spent some time setting this picture up with the axial pinhole and leveling it. I was concerned about how close the sun was. And then I opened the rising pinhole instead and got all this flare and not the picture I wanted at all. 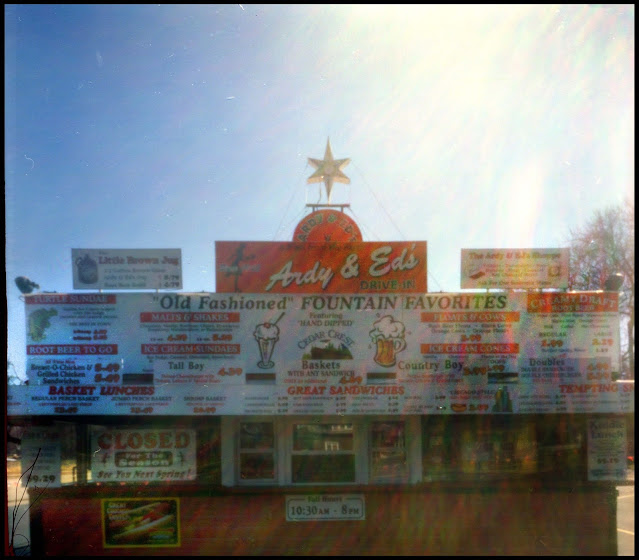 I had photographed the back wall of the Dollar Store several days before. The next day someone put this brilliant lime green dumpster in the front of that black wall. 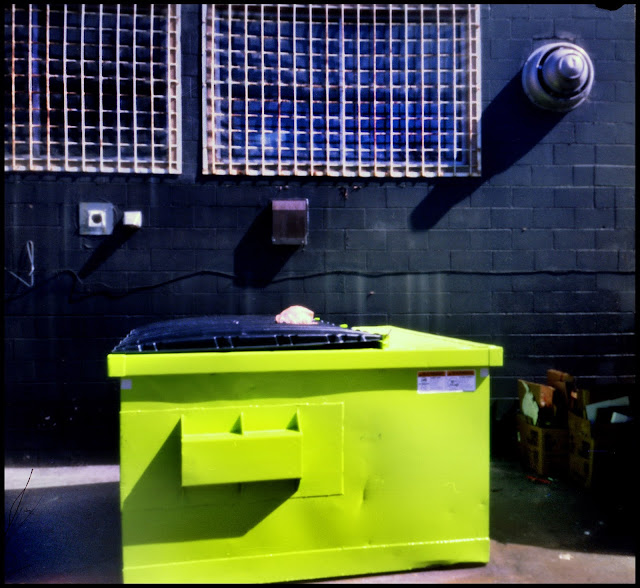 Andy got to go to Kindergarten in the one of the neatest classrooms I’ve ever seen. His teacher, Mrs. Leffin, sat in the sun in front of those windows with the children around her. Interesting scale with those large windows and little children and their furniture. Wish I could photograph that. 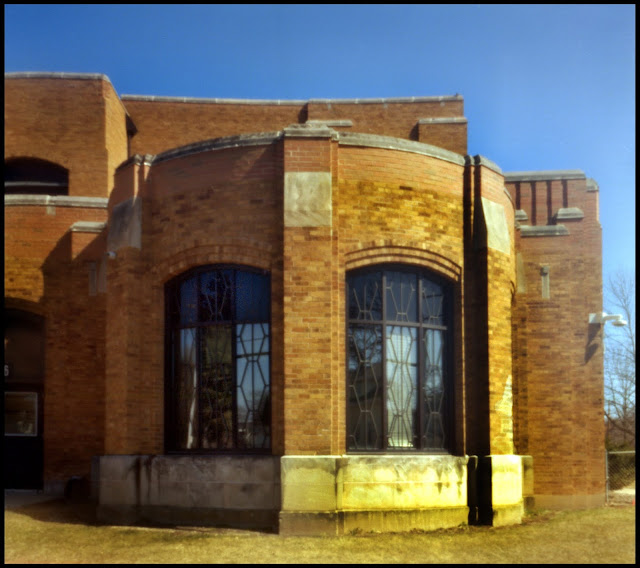 We were watching this sunbeam move across the room as the sun set and I waited about 10 minutes to see if this little group would be centered when I realized I could just move them over into the sun and do the photograph now. 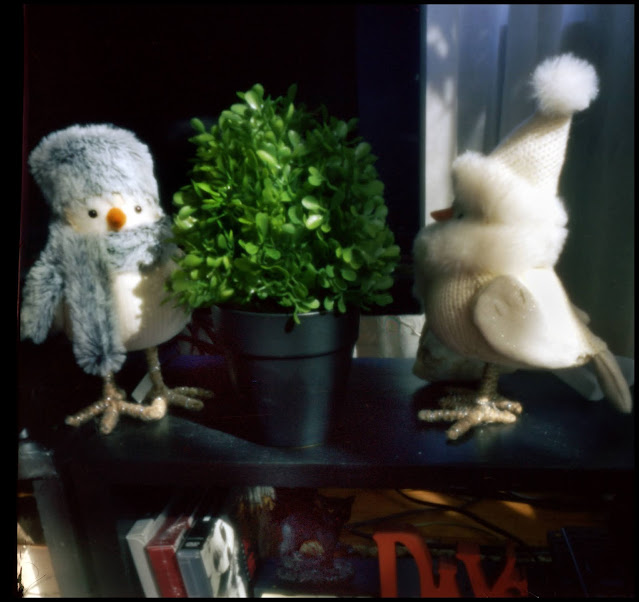