It’s been fun diving into the popular world of ultra-wide pinhole.  It occurred to me that except for two frames from the Reimagined Interiors post at 20mm on the 6x6 Variable Cuboid and one frame with the 6x9 Variable Cuboid at 35mm, I hadn’t done any of it in color. Another opportunity for the Wisconsin Amber Wide Angle.
When you’re out looking for something to photograph with color film, it’s hard to pass up sailboats. Several families who had been using these watched me from just out of the frame to the left. Anybody else think it’s weird that they’re using practically process cyan, magenta and yellow? 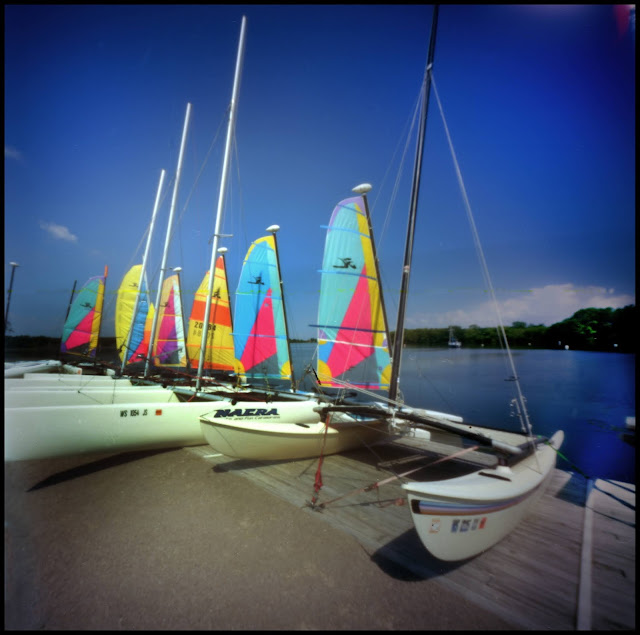 A few yards to the right, several similarly colorful canoes were being stored. 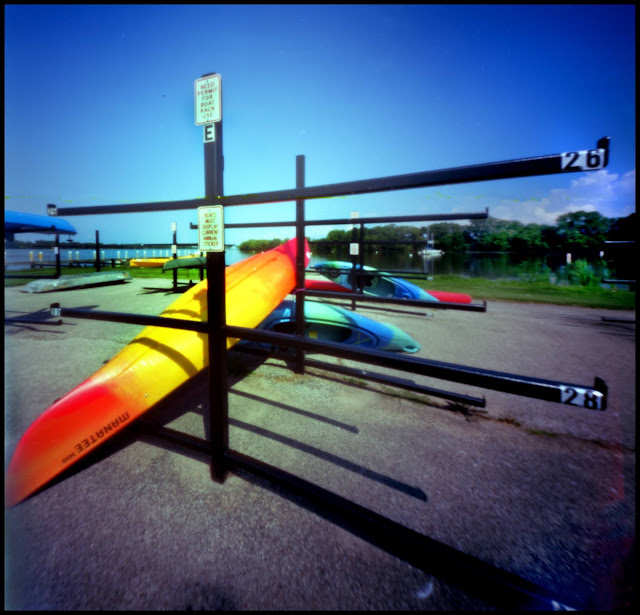 It was pretty obvious to follow up with these when I passed the University’s Student Recreation Center a few miles further on up the Fox. 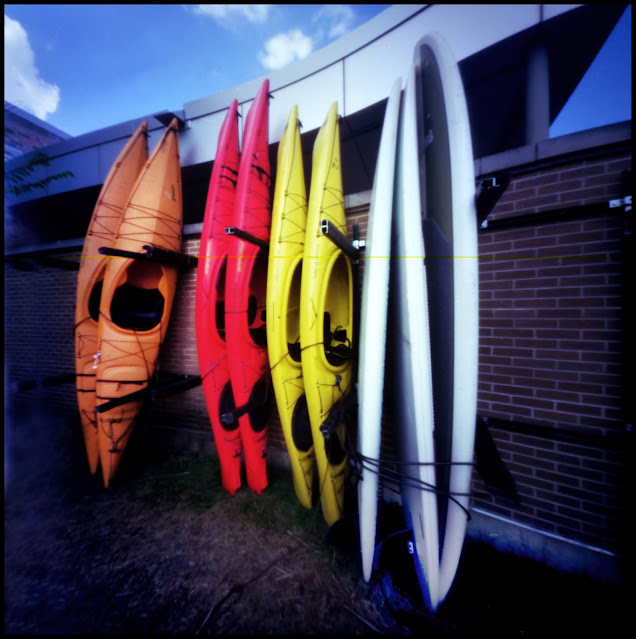 My good friend Gene just shared this meme on Facebook. Little did he know. 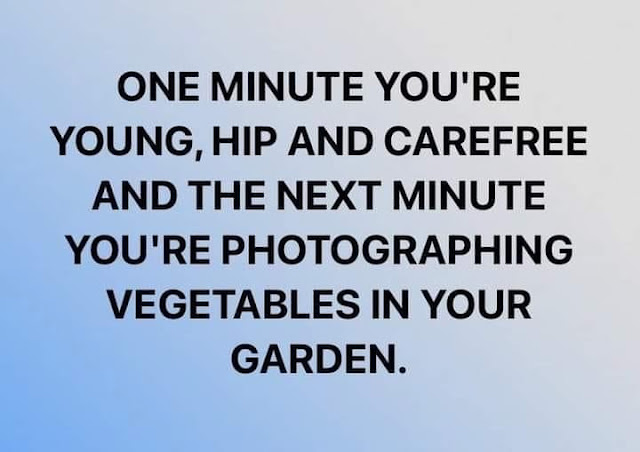 They’ve left me alone with the vegetables again. We planted four different kinds of tomato this year. Here are the largest and smallest. 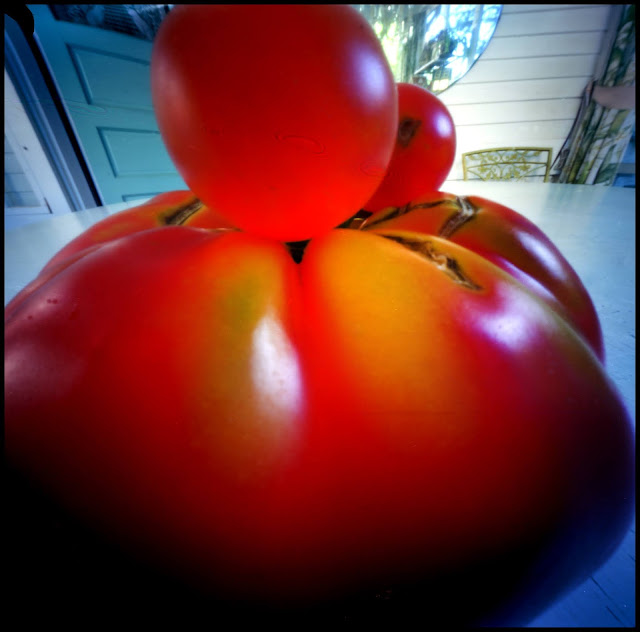 Actually what got me going was remembering an internet conversation awhile ago where someone mentioned that the problem with closeups using ultra-wide angle cameras was that it was hard to keep the camera from blocking the light. You may have read me complaining that to manage the vignetting inherent in really short cameras you have to find scenes with a dark center and bright edges. What better way than to shade the subject with the camera? 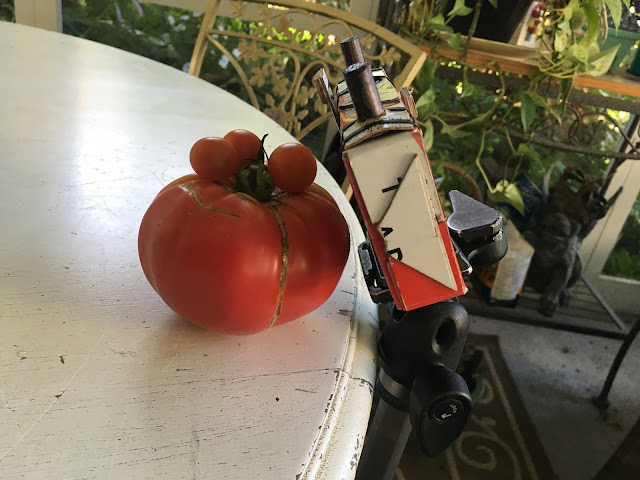 But now that I’ve started, I couldn’t pass up this sunbeam that presented itself. 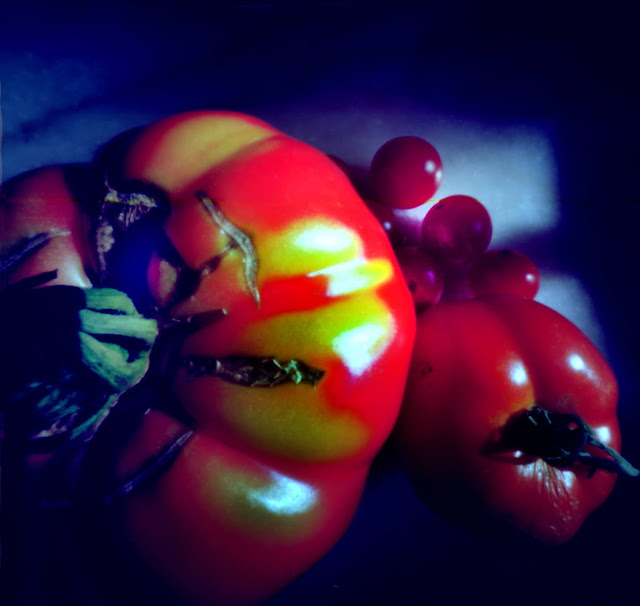 After years of seeing cyan as a color cast to be adjusted out, it’s kind of shocking to use a cyan tablecloth for a backdrop. It seems I’ve inadvertently done something right. From Canva.com’s definition of cyan:

Cyan combines well with its complement, red. You can also pair it with yellow and magenta—two other colors in the subtractive color model. Both of these combinations are bold and modern. 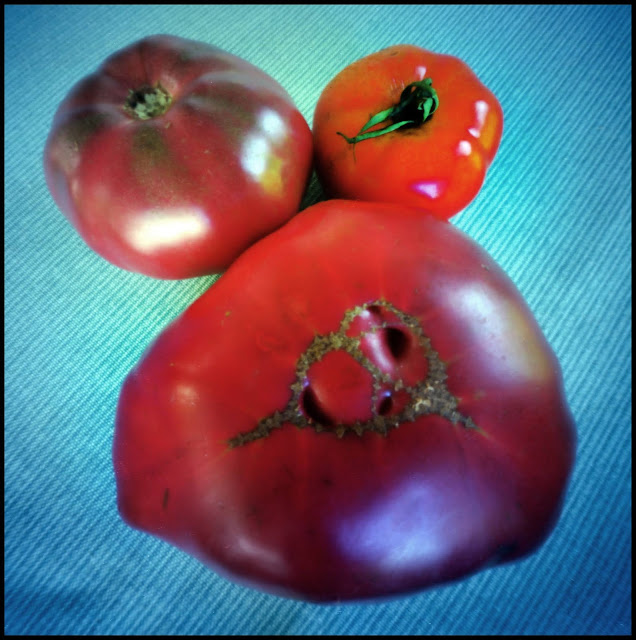 Occasionally we have to share with unspecified creatures and those tomatoes go in a special bowl covered with plastic wrap because the exposed interiors where the shared parts have been removed attracts fruit flies. 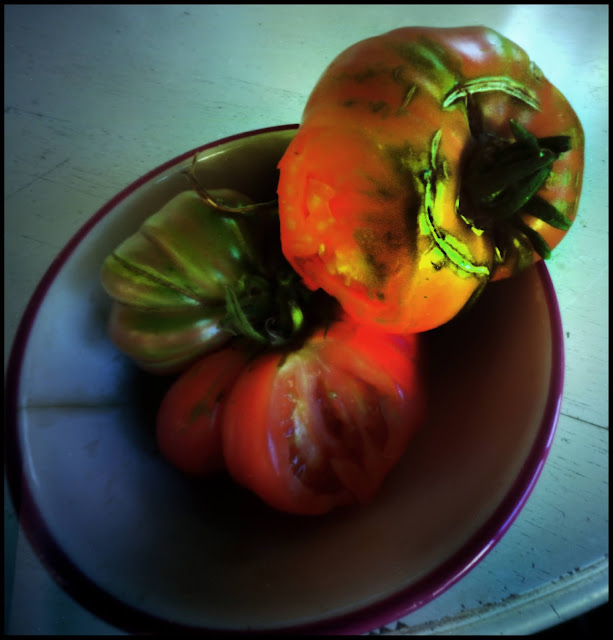 In addition to the cherry tomatoes, which I’m currently roasting to put on pasta, we have a dark heirloom variety, a large heirloom and some regular Early Girls, which are ripening much later than the heirlooms. 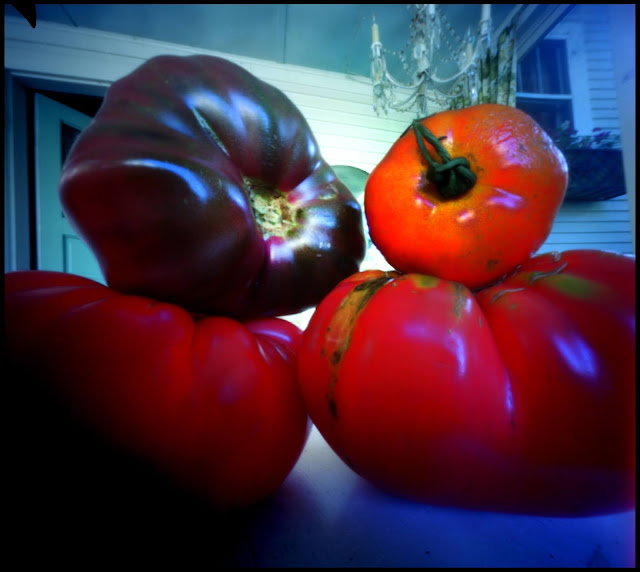 These heirlooms need to be kept under close watch because, in addition to being sought after by the critters, the have a tendency to crack open before they’re completely ripe. 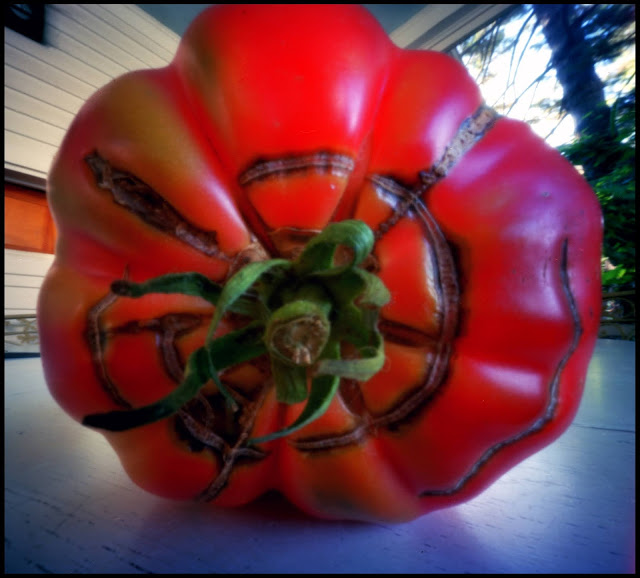 When I took my Takara Standard road bike in for a cable adjustment and general lube job, I noticed that they listed it on the ticket as a “red road bike.” Does this look like red to you? I just noticed that when they put the bull horn handle bars on, the untaped parts are anodized to sort of match this color.  When I bought it in 1975 with Gerry Ford’s economic stimulus check, which we got for putting up with Nixon and Vietnam (does that sound familiar?), the color was listed as brown. 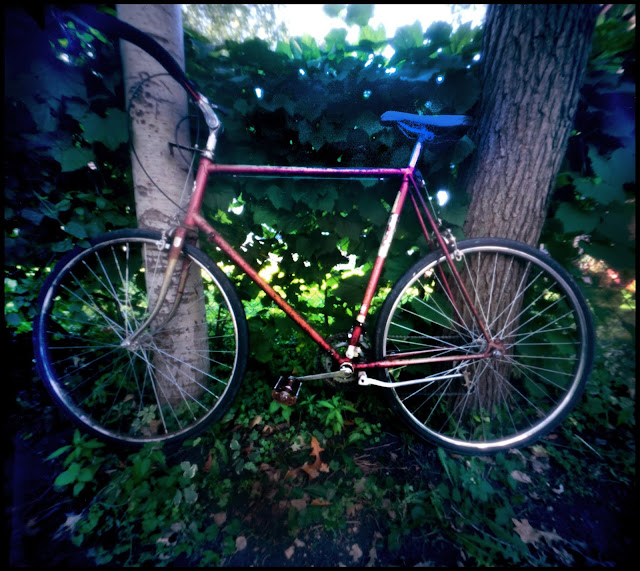 Getting dinner ready with the hazy sun shining into the pantry. (Corn on the cob and tomato soup.) 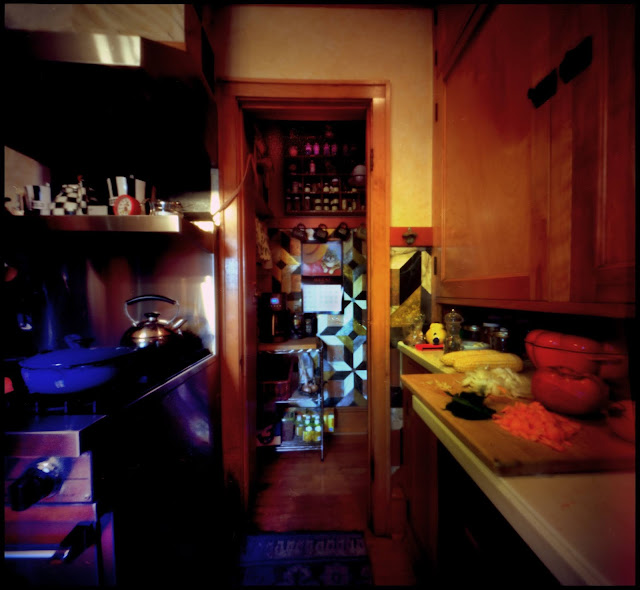 I just bought a new computer for my 72nd birthday so I could retouch photographs and do other blog work without going down to the basement to use my moniterless 2012 laptop with a Visio TV driven by the external moniter jack. I shouldn’t complain. I doubt if most people have such a dramatic stairway to go down to their basement. 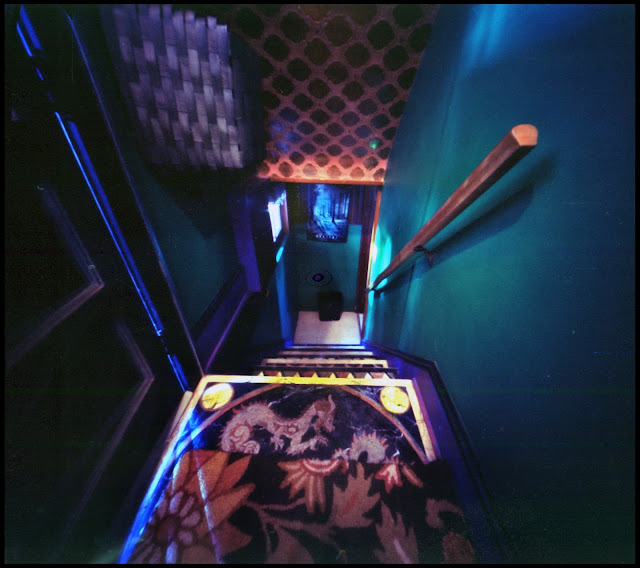