I did the testing of the Glenmorangie Evil Cube on an afternoon about a week into November.  Although I still have issues with this camera, I got an interesting set of pictures. I was deliberately trying to illustrate this theme, but then it's pretty in your face.

The left hand bay of the garage has been a workshop all summer long with the 99 residing in the right hand bay, and the new Mustang hanging out in the driveway. But as the icy blasts of winter approach, now comes the time when our two-car garage has to live up to it's name. It's pretty tight in there with two vehicles.  I've always just leaned all these garden tools against the wall, but that requires a little more precision in parking than necessary, so I finally got around to hanging them on nails. Wish I would have done this decades ago. 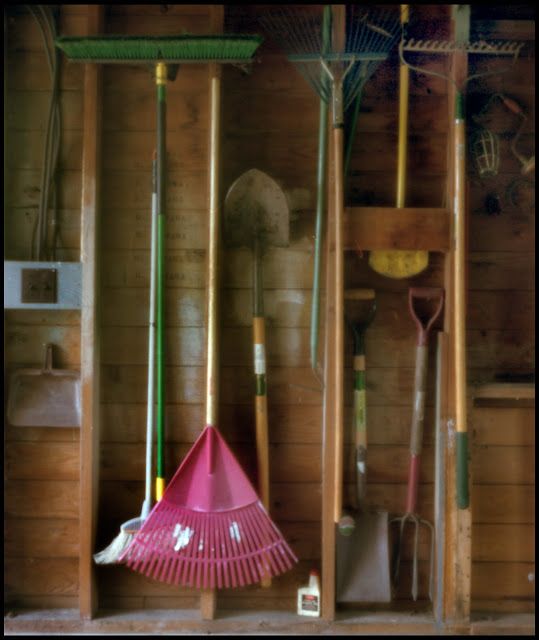 One of the cool things about the Temperate zone is what is poetically, and sometimes sarcastically, referred to as the pageant of the seasons.  It's more than just four defined categories and I've always been interested in the transitions. This is a cluster of trees across the street in various states of change. 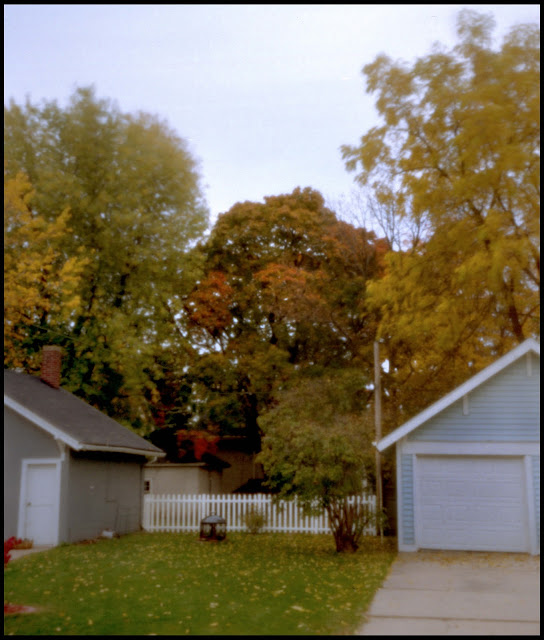 And this looking south from in front of my house.  There use to be two really gigantic maples that arched over the street, but there was a fearsome windstorm in 2001 that took down a lot of large branches and made a lot of homeowners nervous, so they were taken down and replaced,  After 15 years, these youngsters are starting to recreate the feeling. 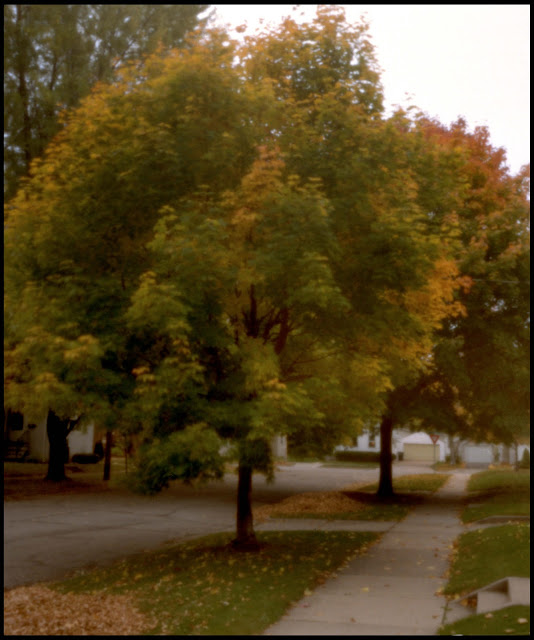 There are still remnants of summer, contrasted with some autumn elements. 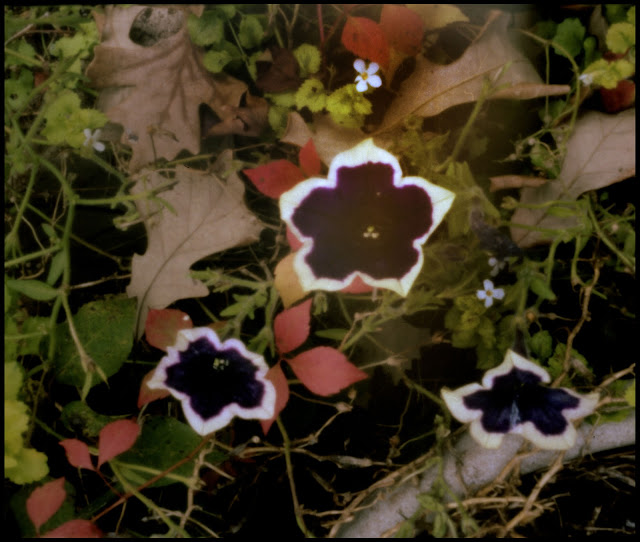 And a few participants on the ground almost fully bereft of chlorophyll. 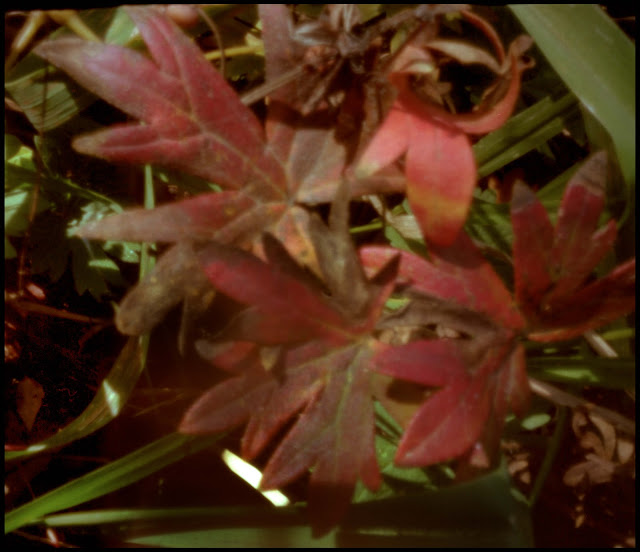 And lastly, an example of pinhole serendipity that comes out of nowhere. This is an unintentional double exposure. The rose hips have been that color for months but just happened to be illuminated by some light dappled by the pine trees. They're superimposed on a Maple seedling behind the yews in the front revealing it's presence by turning red. I'm usually not much of a fan of multiple exposures, and I don't accidentally do it very often, but this one I'm kind of attracted to. It reminds me of Jacobean print wallpaper. 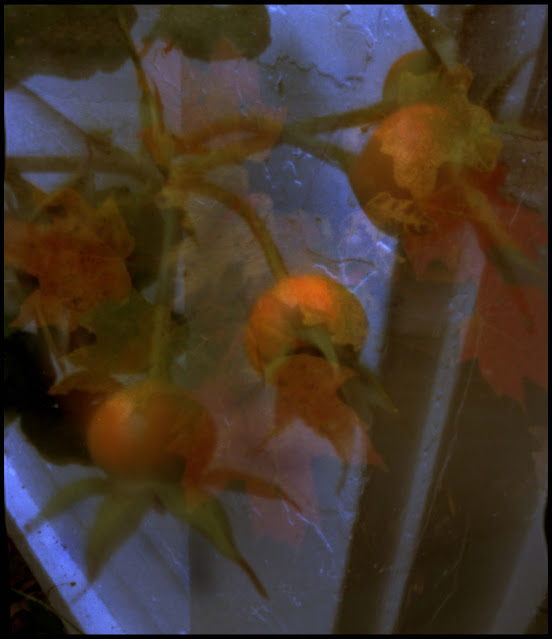