I was contacted a few weeks ago by Emmet Brown of emulsive.org who was working on an article he was planning about inspiring people and giving tips about how to celebrate Worldwide Pinhole Photography Day under the pandemic stay-at-home orders, which he published today.

You may not have to limit yourself to home. In many places, it’s alright to go outside for recreational activities as long as you stay away from other people. I realize that in other locations, even that may not be possible or allowed within the pandemic restrictions.

My first thought was why is it such a unusual thing to take pinhole photographs in your house or garden? When I was working exclusively with photographic paper using single shot cameras, I never made photographs anywhere but in and around my home. I’ll bet half the pictures here at Pinholica are done there. I’ve never understood people who felt they had to go to Monument Valley in order to take photographs.

Maybe it’s the extended exposures that put people off in doing interiors. My advice is usually to just do something else while the shutter is open.

Another scheme is to use faster film. I have been using mostly ISO 100 films lately because with higher speed emulsions when I do go out, it’s almost impossible to make exposures short enough with my hand operated shutters. My local camera store has been posting that if anybody needs anything, to call ahead and they’ll do curbside delivery. In the spirit of supporting local businesses, I went down and got a few rolls of Ilford Delta 400.

Trying to think of a project without repeating myself too badly, it occurred to me that I have been hearing the phrase “staring at these four walls” repeated over and over in describing the experience of waiting out the pandemic. I did a Google search for that phrase limited to the last 30 days and came up with 23 pages of results.

So here are 12 walls in my house.  I restricted my little project to capturing the entire wall. 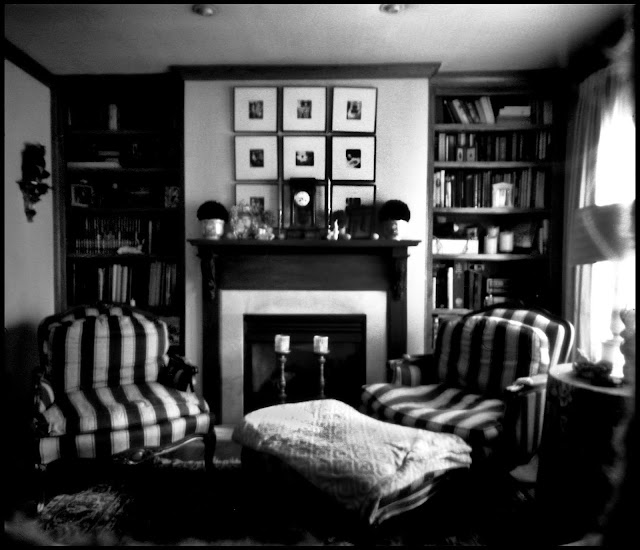 Turning to the south and not wanting to include the couch, I switched to the 35mm front. 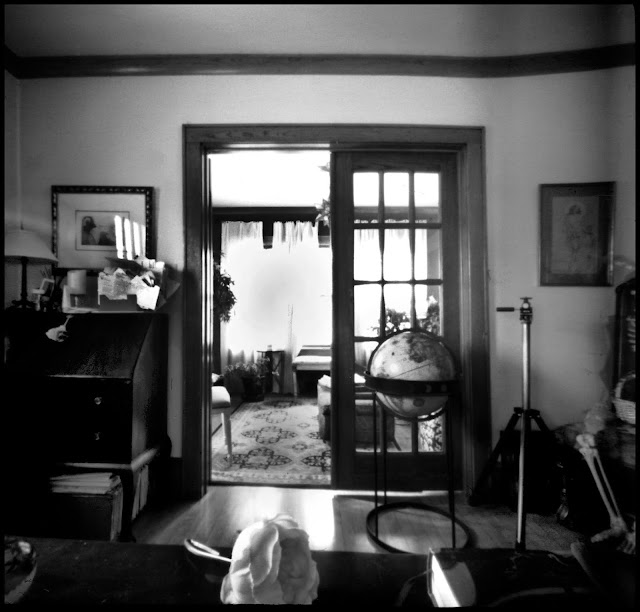 Going through the French doors and turning around, the north wall of the Sun room 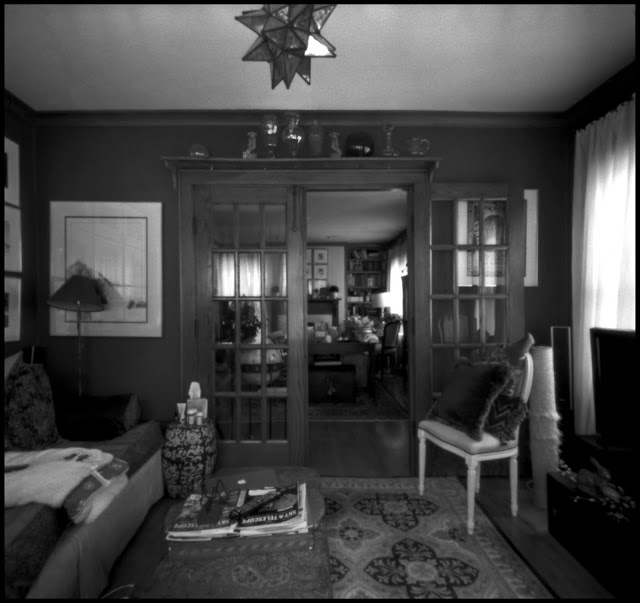 Turning to the right, the east wall of the Sun room while checking on the latest news of the pandemic. 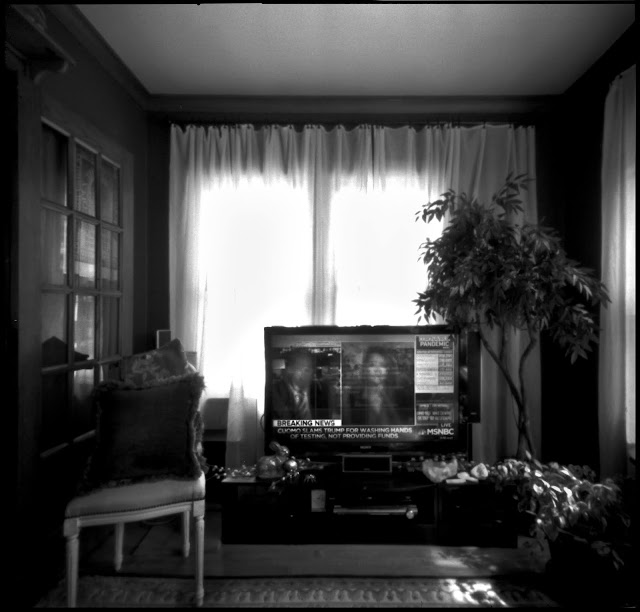 And another right turn to get the south wall. 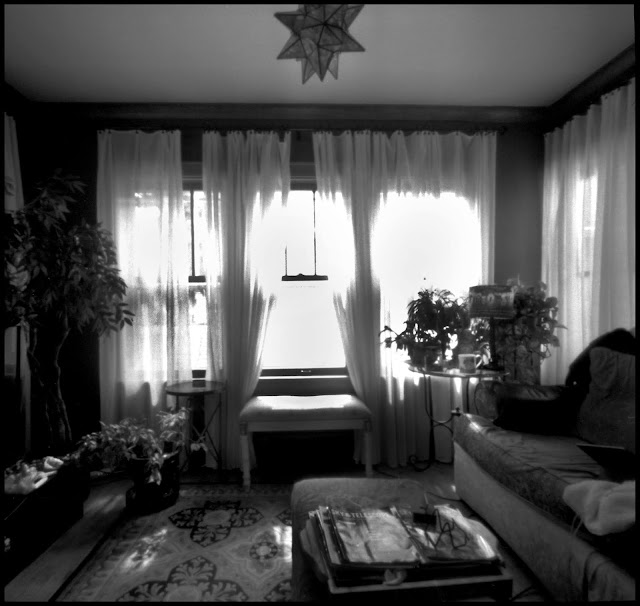 The west wall of the dining room. 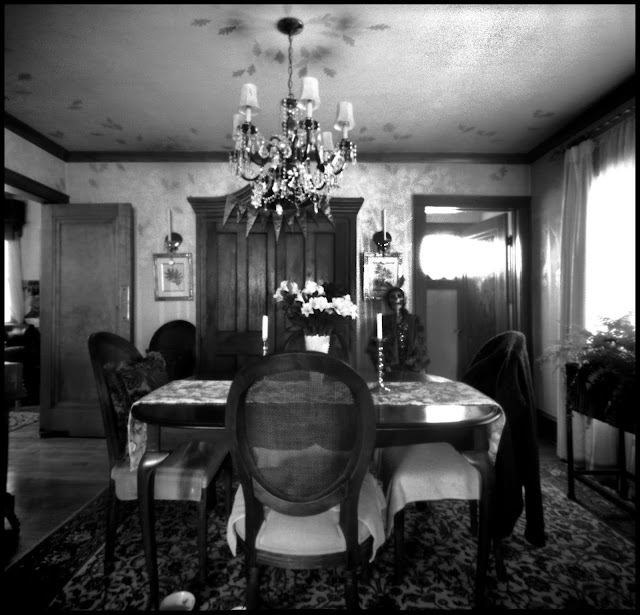 I couldn’t get the north wall in without including a lot of the dining room table. 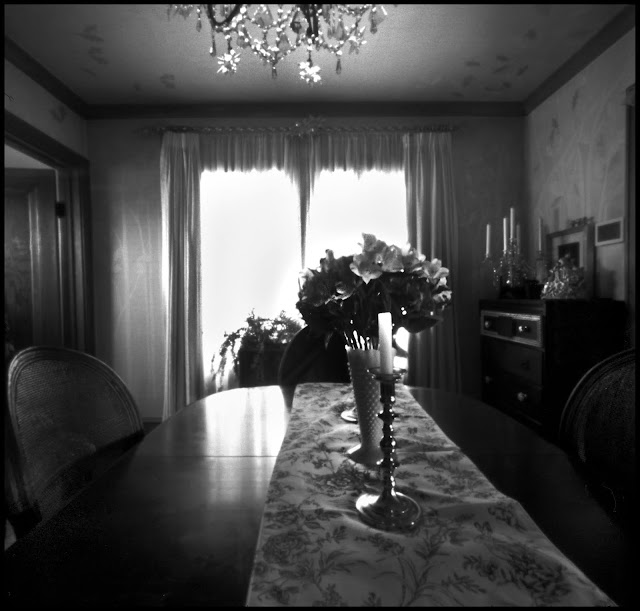 By now it was about noon, so I did the south wall of the kitchen while making lunch. That vague darkening on the cabinets to the left of the sink is me. 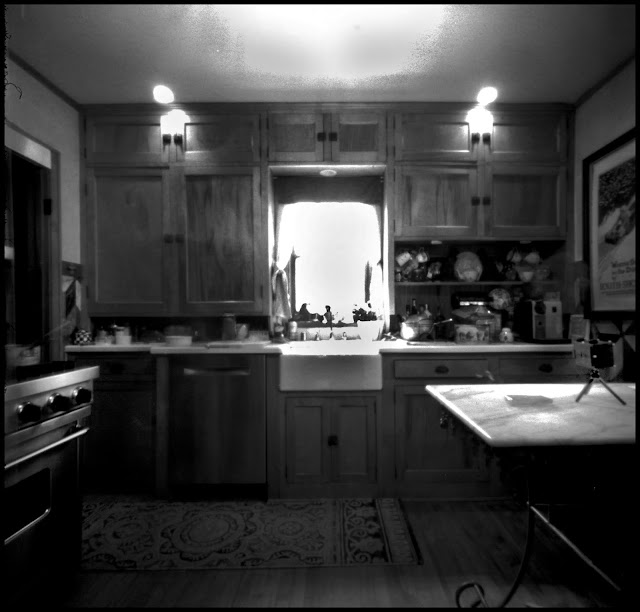 The north wall of our bedroom. Just after I opened the shutter Spenser came out from under the bedside table to see what I was doing.  He gave the camera a few sniffs and laid down for the rest of the exposure. 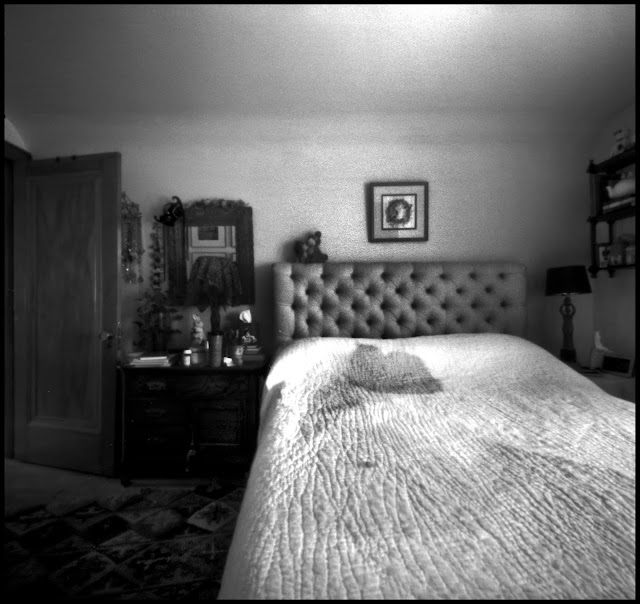 In order to capture the entire north wall of the bathroom, I had to switch to the 20mm front. This scene with the white bathtub at one side and the door well illuminated by the window light reflected in the mirror with the dark cabinet in the middle was well suited to the vignetting of the extreme wide angle. 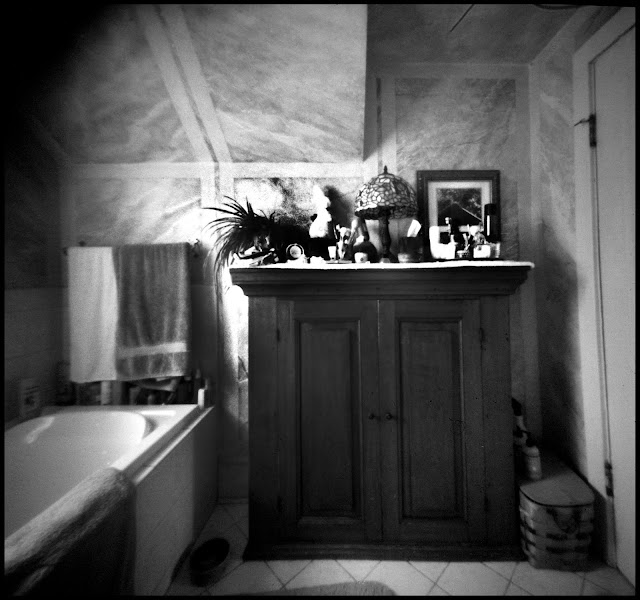 Since the dining room table had been featured in the west and north walls of the dining room, to avoid having it in this picture I stuck with the 20mm for the south wall. 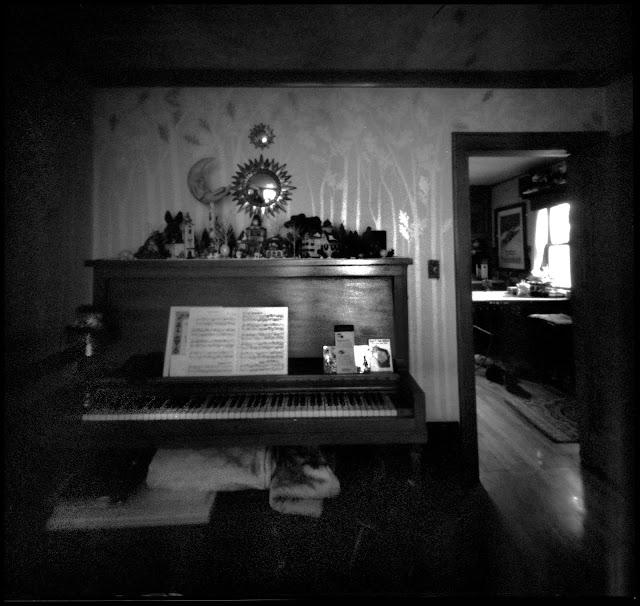 I had plenty of room to use a longer front for the east wall of the kitchen, but didn’t bother to change it.  With the brilliant reflection of the window on the stainless steel of the stove and the dimly lit corners, it did not fair so well with the vignetting, but it does give the kind of waiting-for-the-apocalypse feeling that is perchance appropriate to the project. 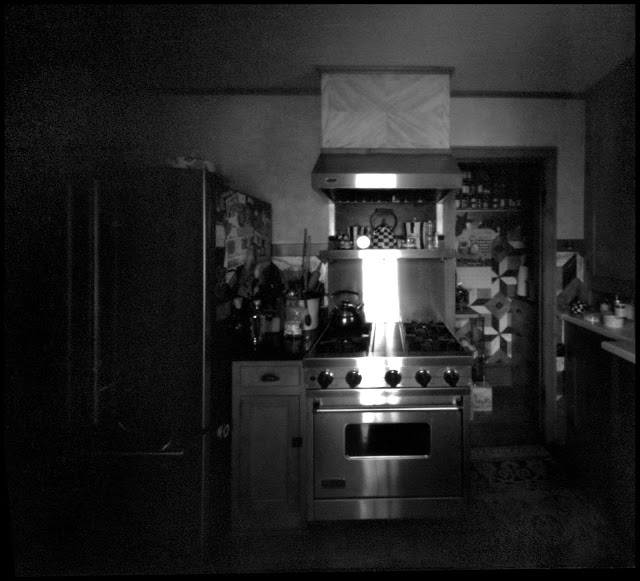 Posted by Nick Dvoracek at 8:09 PM