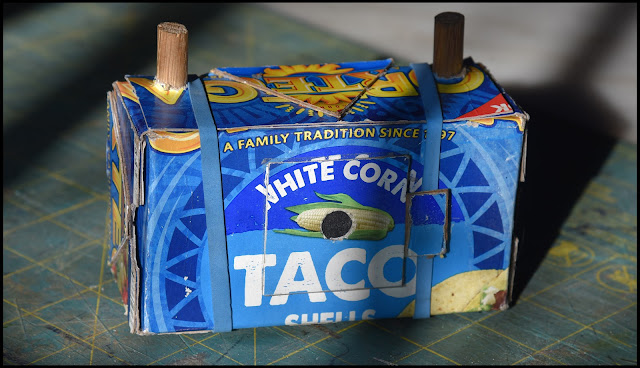 My latest attempt to make a 120 Populist without doing any customization is this 45mm. I gave away the last 45mm Populist I made. The graphics do look a little lined up, but it was easy stuff and I didn't do anything like modifying parts or insetting the design into the shutter.

I used hollow point punches to make the holes in both the taking and counting shutters. I'm surprised how much it bothers me that both shutters look alike. The brown card stock is showing on the counting shutter so they're a little different. I've ordered a square punch.

The pinhole is one of the .26mm I made when doing the Space Dust 30mm camera.

It's an extremely nice camera. Light-tight without any extra lightproofing. Shutter is easy to grab with gloves on and push closed. The film advanced like buttah and stayed flat at the image plane.

The film is Arista.edu 100, by the way. I've used it a lot in the past but not for a few years. Not too shabby for cheap film.

I had both cameras in my pockets on several recent adventures.

At home with the filtered sunlight in the living room with a variety of textures and surfaces. 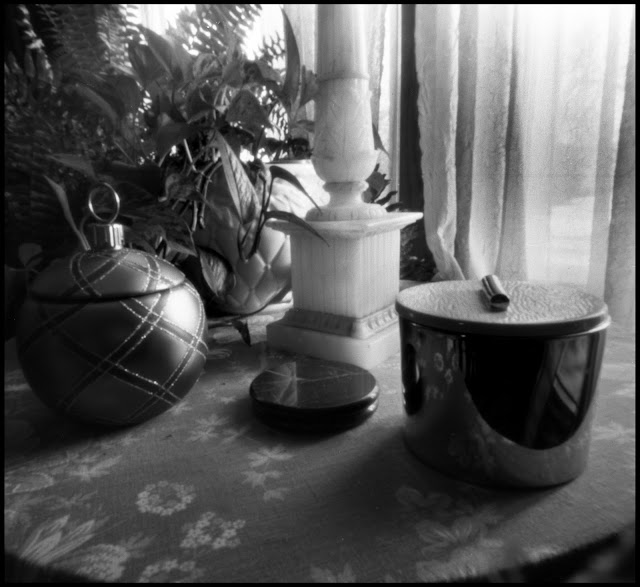 I've been trying to take advantage of the low winter sun. Its been either cloudy or very cold so I had to find something nearby when I had this brief opportunity. A tree growing out of a clump of bushes at The Waters. 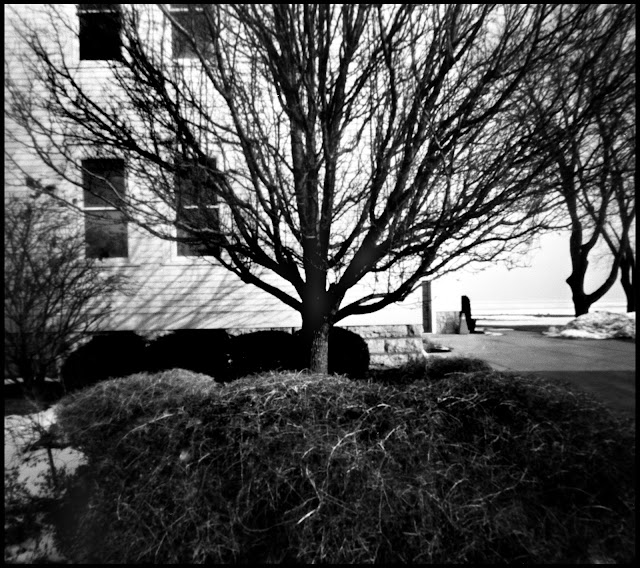 The back of Beck's Meats. This camera doesn't have a rising pinhole so I had to find ground floor arrangements in order to keep the camera level. 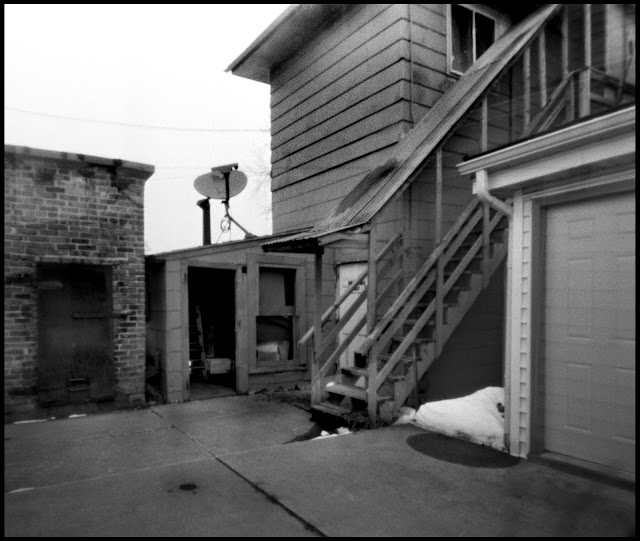 This would have been better if I had lowered the camera a bit. I was first attracted to the porch light which seemed like it really showed the gloomy weather. I don't think that worked. 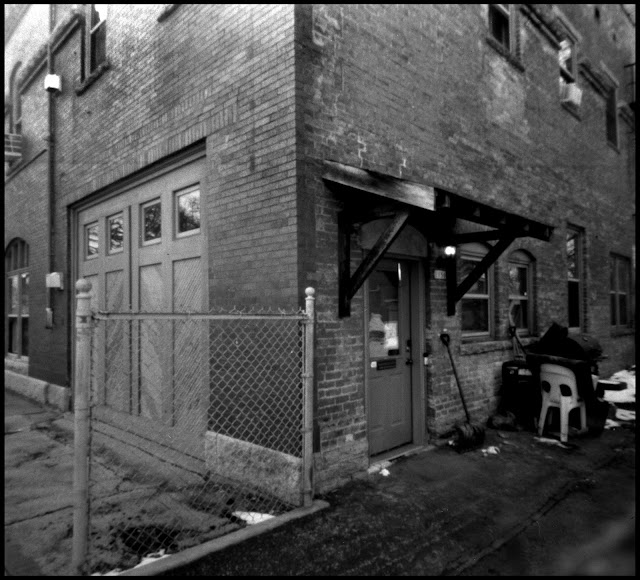 The back of the newly established Gibson Social Club. Again obsessed with the level camera and got a lot of street in the foreground. I wasn't aware of the different shades of pavement when I did this. 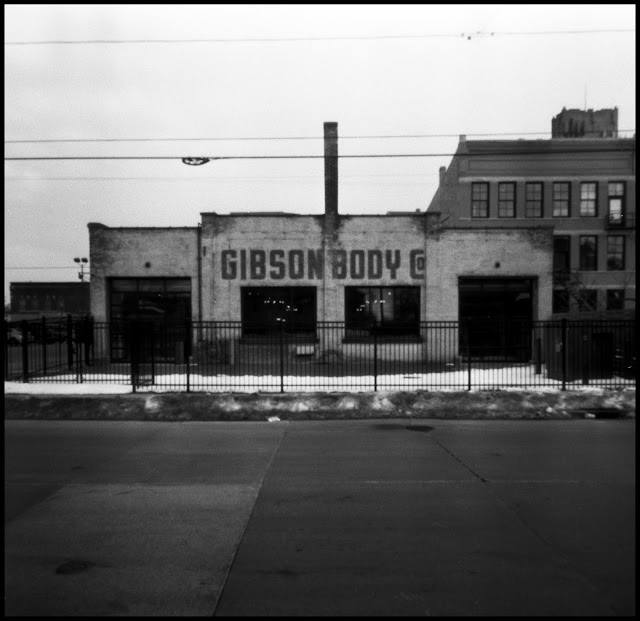 The back of the newly rebuilt Mabel Murphy's, a historic college bar. It had burned down and collapsed into a pile of rubble. No one was hurt. 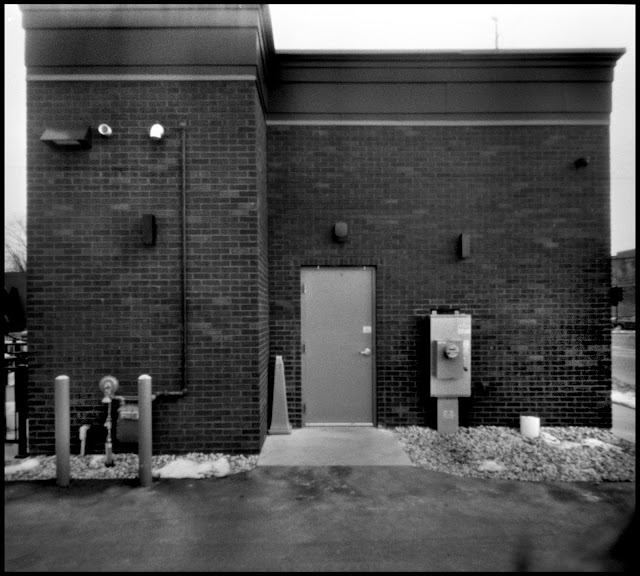 It was about the last day we've had that was this warm with the melting snow reflecting the featureless sky. 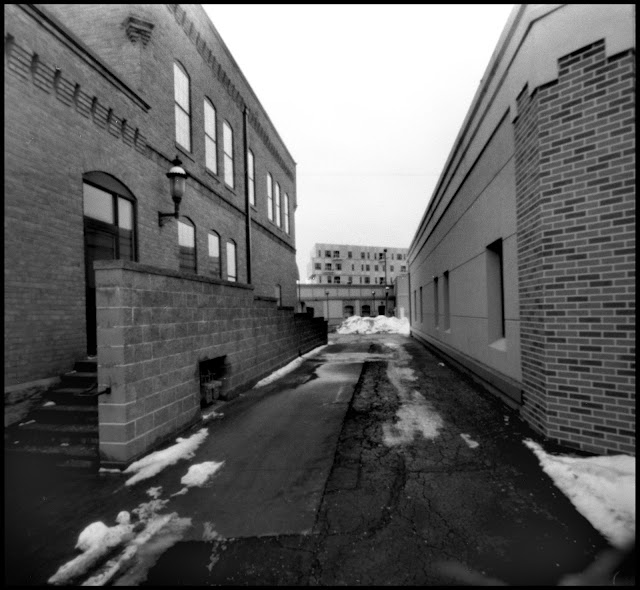 This was the First Baptist Church since it was built but it's recently become the Oshkosh Mosque. 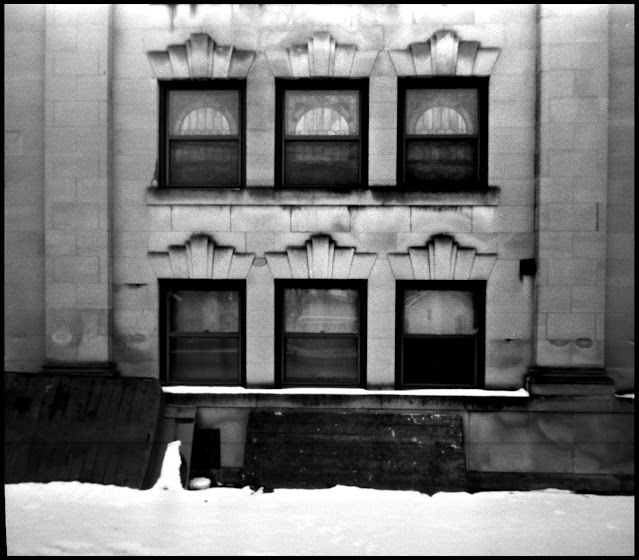 Continuing my obsession with the level camera with a lot of concrete in the foreground. There's a flag pole on about a five foot high concrete plinth in front of the building. I put the camera on that and extended the tripod as far as I could reach on tiptoe. Didn't seem prudent to climb up there so I could extend the tripod to its full height in the plaza between the courthouse and the police station. 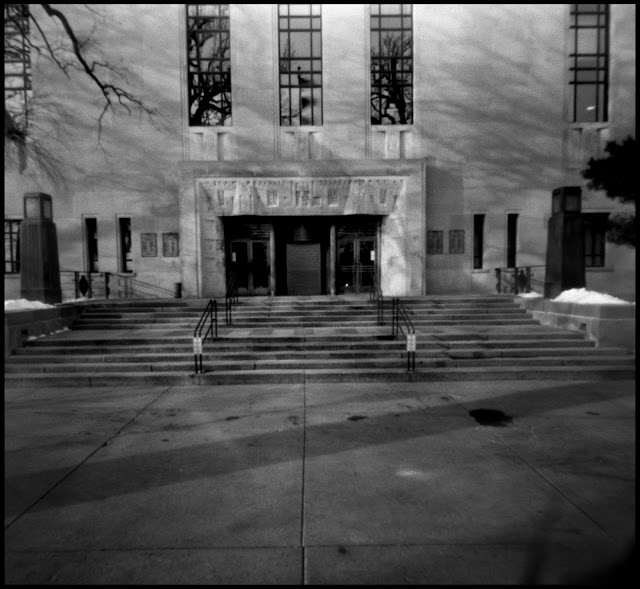 A close up of the art deco original entrance. Nice framing at the top and the stairs make an interesting foreground, 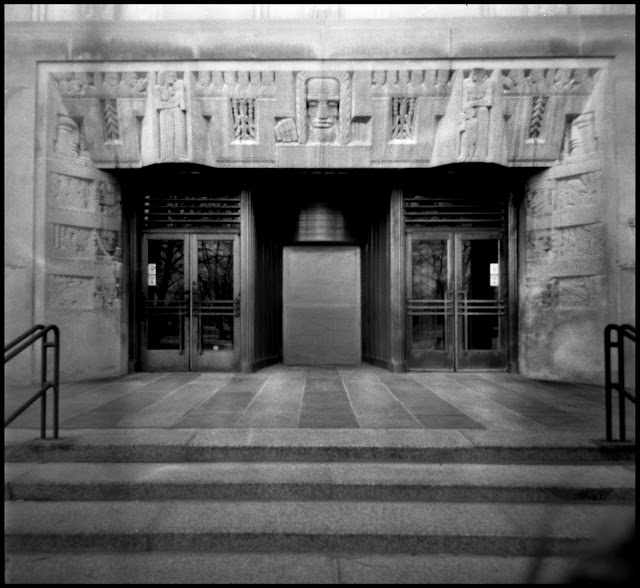 Working with the 30mm and the 45mm at the same time really brings out how hard ultrawide angle is to preview in my head and how easy and intuitive it is at 45mm, which is still pretty wide angle. Next I'm going to make a 60mm.

Posted by Nick Dvoracek at 4:47 PM