A long time in the 6x9 Variable Cuboid

Occasionally,  I'll load a camera and not use it for months despite it being right in front of me most of the time. I loaded the 6x9 Variable Cuboid with Portra 400 about Easter.

I had a vague idea of a pandemic project that never quite came together.

The first exposure was during a video call with Andy and Kristin. They call about weekly. We all had just been vaccinated and were planning our visit at the end of May. (Sarah and I were in the second week they were available in Winnebago County in February.)  I'm probably not the first to note this, but what I still think of as videoconferencing has made a big difference in living through the pandemic. I was always responsible for supporting desktop videoconferencing at the university (remember CUSeeMe?) and eventually also administratively responsible for half million dollar classroom installations. Now we use it to connect with our kids with bunny pillows behind us, wirelessly and on batteries from practically anywhere. 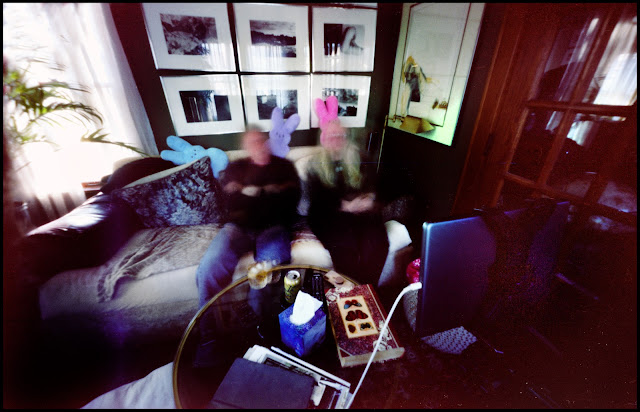 Then the camera sat by the kitchen window all summer, right in front of me.

I found the three varieties of pumpkins that rose from the compost interesting enough to put the camera to use. 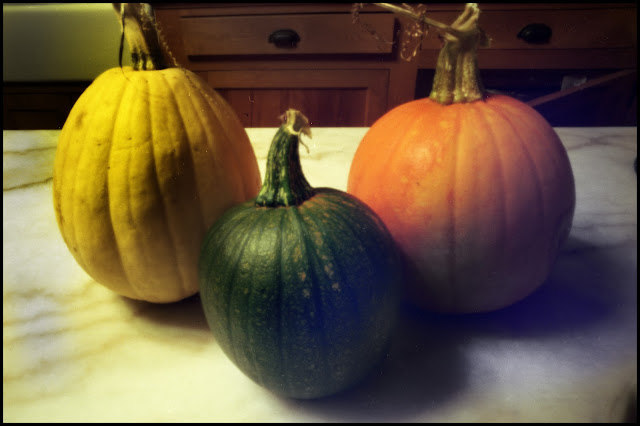 I also put it out for the eclipse, with the lanai and the garage in the scene. This and the other camera I had out that night are about the same speed but this is Portra 400, two stops faster. Still no trail from Jupiter. 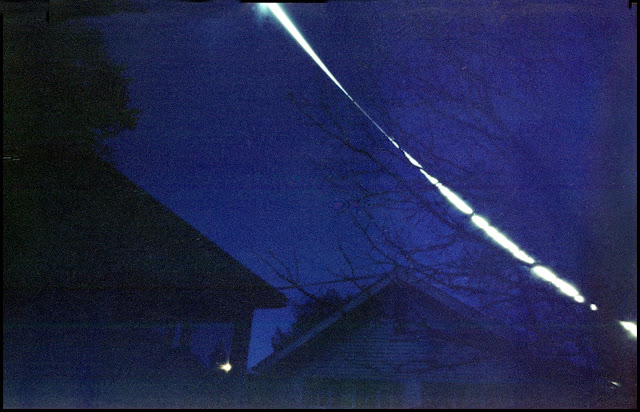 Decorating is a process. I live in a constantly evolving art installation. 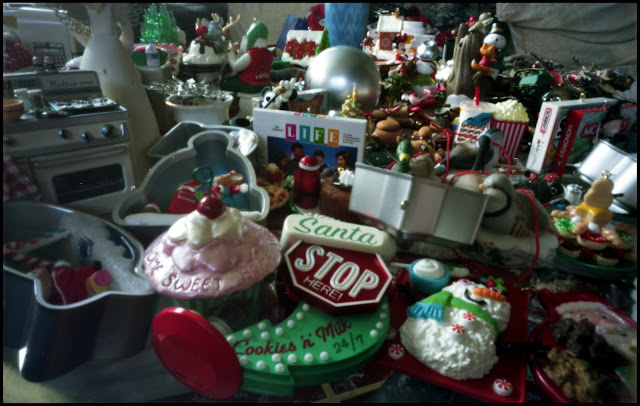 In early December, I received an email from a gentleman whose daughter taught art "as far east and north as you can get in the United States." Having grown up in the area, she follows my blog (!) and asked for a copy of The Pinhole of Nature for Christmas. He lives near the upper East corner of Lake Winnebago and wondered if we could meet and I could sign the book. We met at Lawless Coffee which I had discovered riding my bicycle to Neenah. It's about half-way between our houses and I knew about this well-lit area by the windows. It turns out he's a photographer and somewhat of a camera maker himself, and his daughter as well, and both have made pinhole photographs. We had a delightful conversation. A unique experience for the author of a book that's only sold about 30 copies. Hi, Paul! Hi, Becky! 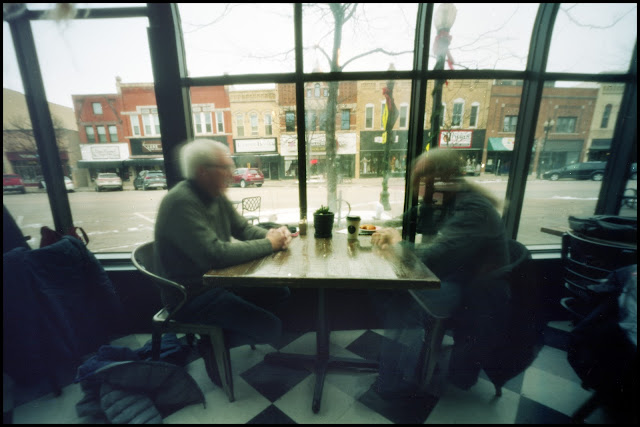 Sarah got several bouquets of flowers for her birthday and kept rearranging them as necessary. This one was on the kitchen table for a while. 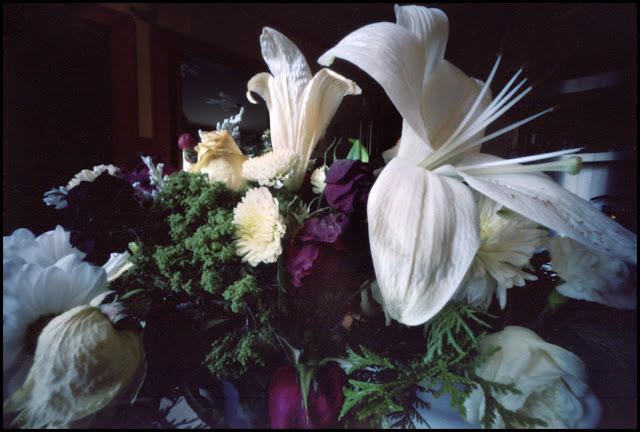 During our fourth visit this year. Lovebirds on the love seat, watching YouTube to keep them still. 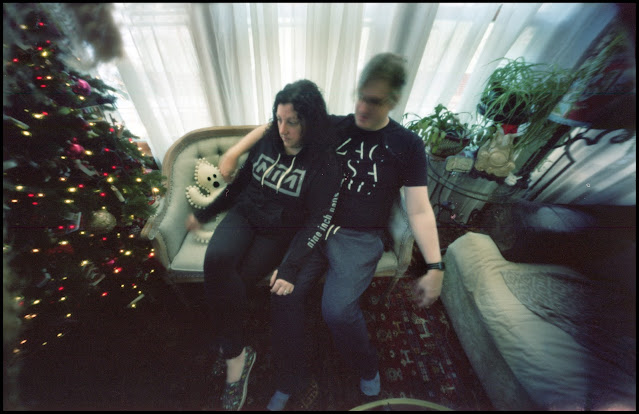 A 1939 bracket on my garage door rusted through and released a giant coil spring which stores a little of the gravitational energy of it going down which makes it much easier to open and close. Two companies have come and said they can't repair it and someone will call and tell me what they can do. Neither have called back.One of them blamed COVID. 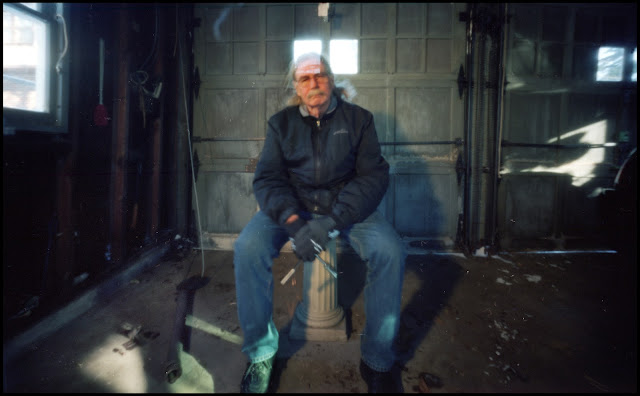 All with the 6x9 Variable Cuboid with the 30mm and 55mm fronts but I can't remember which is which. It's been awhile.
Posted by Nick Dvoracek at 10:17 AM