Pioneer Airport is part of the Experimental Aircraft Association Museum. It contains several categories of vintage aircraft and includes an active grass landing strip. They regularly offer rides in an open-cockpit biplane. The smallest plane I've ever flown on was a twelve-passenger Beechcraft 99 in 1981. It was kind of a blurry-eyed commuter flight from Chicago after coming in from Paris in a middle seat on a 747. Attending the epic AirVenture Convention last month, I decided it was time to finally experience flying in something more seat-of-the-pants on my 73rd birthday. 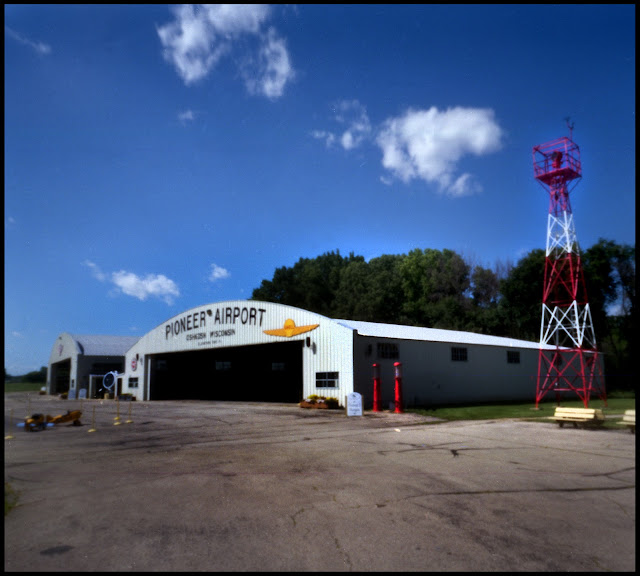 There are two planes to choose from - a 1927 Swallow or the "less old" 1929 Travel Air E-4000 which has rod and hinge controls rather than the Swallow's cables and pulleys. I chose the new technology. The company is notable in that it was founded by Cessna, Beech and Stearman who, after they merged with Curtis-Wright, went on to individually found their own very famous aircraft companies. 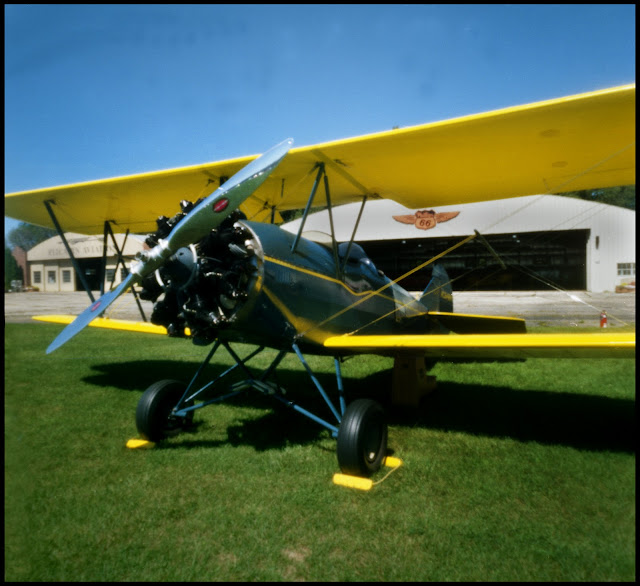 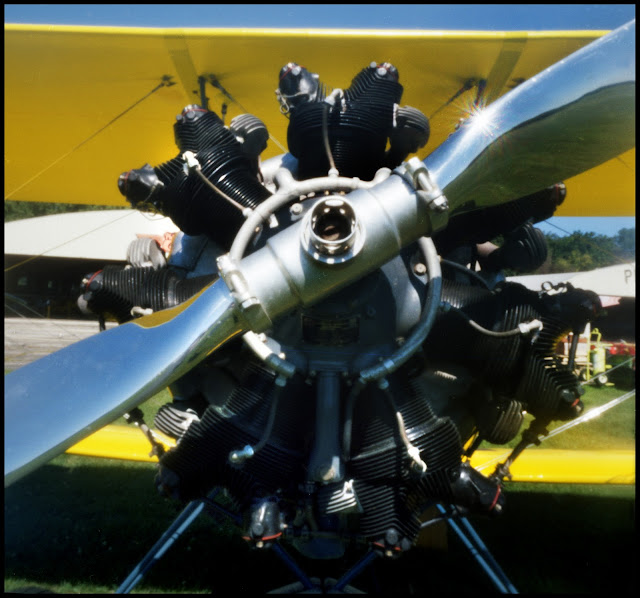 I've become even more fond of landing gear since I learned that the strategy for landing is to try to achieve level flight about a foot above the runway and then reduce your airspeed until it stalls and falls to the ground. 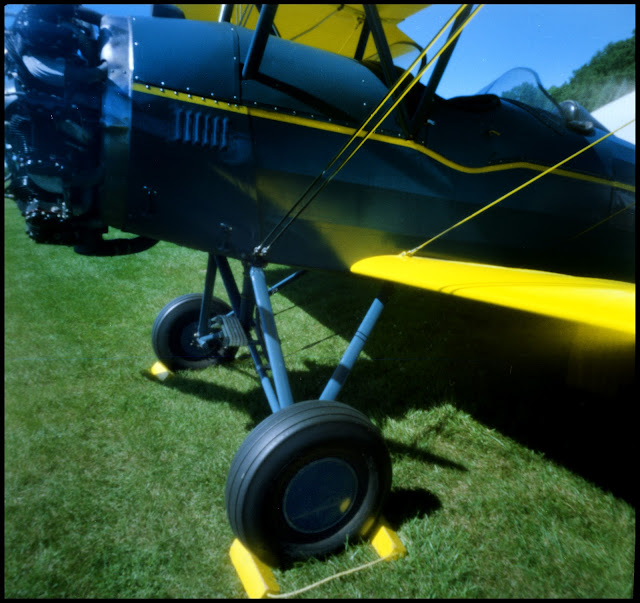 I wanted to really experience this and not futz with photography during the flight, but I did want to take one picture. When asked about it they said I could take one hand-held camera. While waiting for the pilot to get aboard, I held the Little Mutant against the firewall. 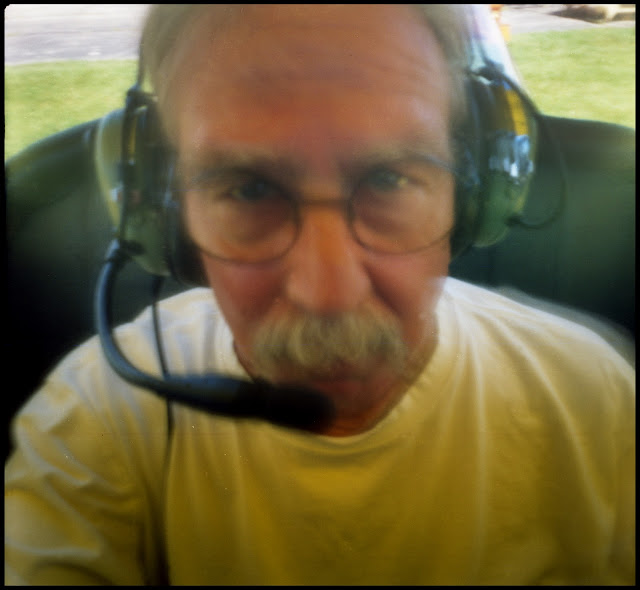 My aerial photograph. There's a few inches of the top of the fuselage behind the windscreen where the camera could be held for the exposure. The rest of the time I held it in a vice-like grip with both hands. We did several classic aerodynamic maneuvers you'll never experience on a commercial flight including a stall, which they teach so you can learn how to land. Doing a tight turn, you get an enhanced perception of the Bernoulli principle at only 80 knots with the plane tilted over 60 degrees. The only bad part was I forgot to check my ponytail before take-off and it took Sarah over half an hour with two products to get my hair untangled. 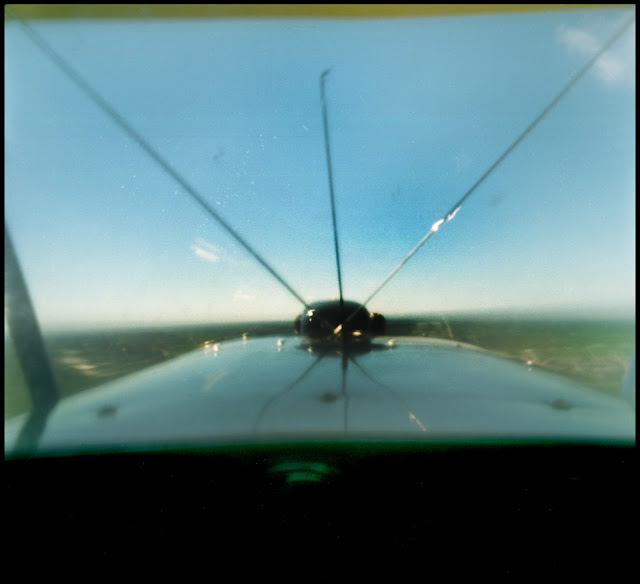 Volunteer pilot Ken Kellner gets to do this about 10 times a day. He was very nice. His descriptions were very illustrative and he always gave fair warning before he did something. 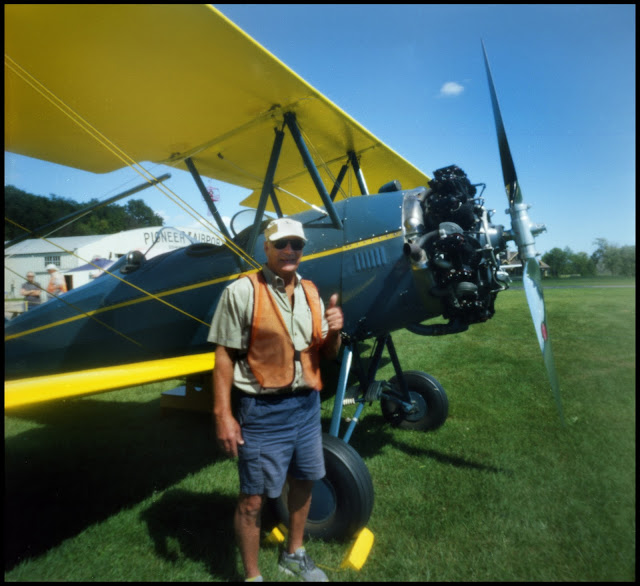 In my piece on the AirVenture Convention I did several photographs of a homebuilt Pietenpol Air Camper made from plans for amateur builders from the 1930s which are still available. They have this half-finished one on exhibit. I noted at that time that I thought the engine looked like something off a John Deere Tractor. It's from a Model A Ford. 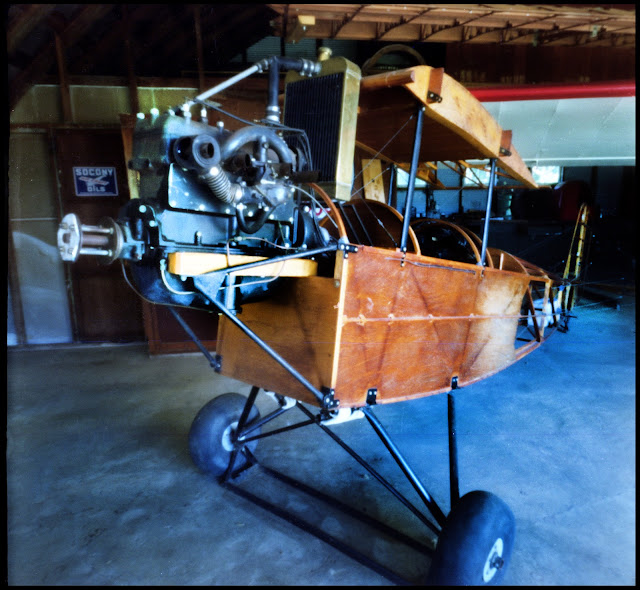 Another plane in that blog post was Burt Rhutan's innovative VariEze which was originally powered by a VW Beetle Engine. Volkswagen used to send a quarterly little magazine Small World to owners. I read it from high school through when I had my first new car, a '73 Super Beetle. I remember mentions of someone using a Beetle engine in an airplane but I thought it was some quirky odd thing. It turns out it was kind of mainstream. Wittman Regional Airport is named after Steve Wittman, a prolific home builder and air-racer. In the 1970's he proposed the V-Class in air racing composed soley of planes with VW flat-four, air-cooled engines. This is the specification airplane for the class. 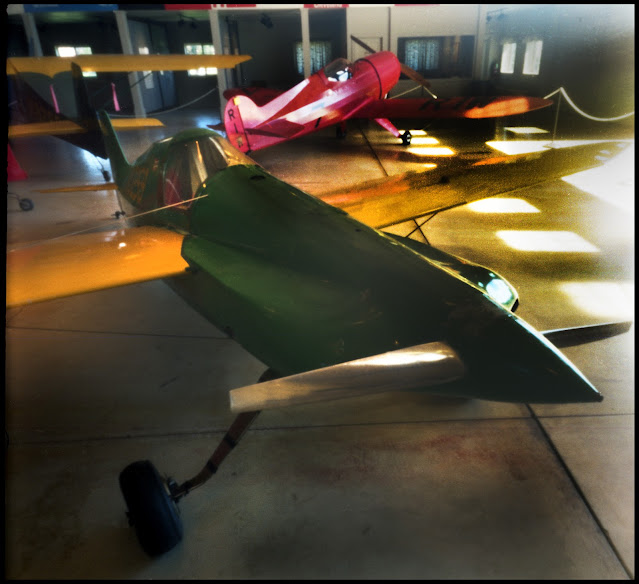 You also have to buy admission to the Museum to get to Pioneer Airport. There's probably something in there to finish the film with. 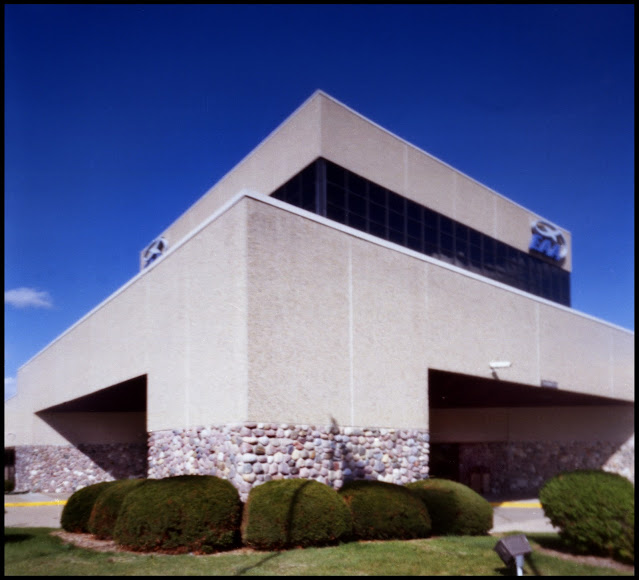 The Pioneers of Flight exhibit features a replica of the original Wright Flyer made by EAA members. The engine was made by a local high school shop class. The original only flew four times and got blown over and broken at the end of the first historic day. This exposure is over 10 times as long as their longest flight. 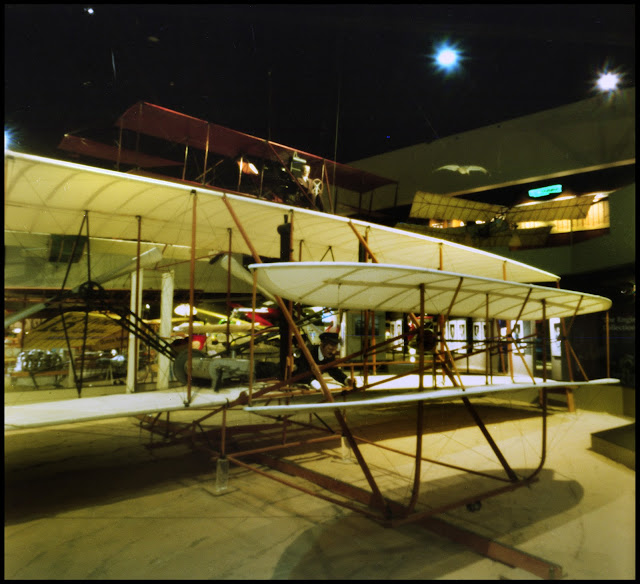 A shiny display of Lycoming engines was under a spot light with half the exposure time of the rest of the museum. 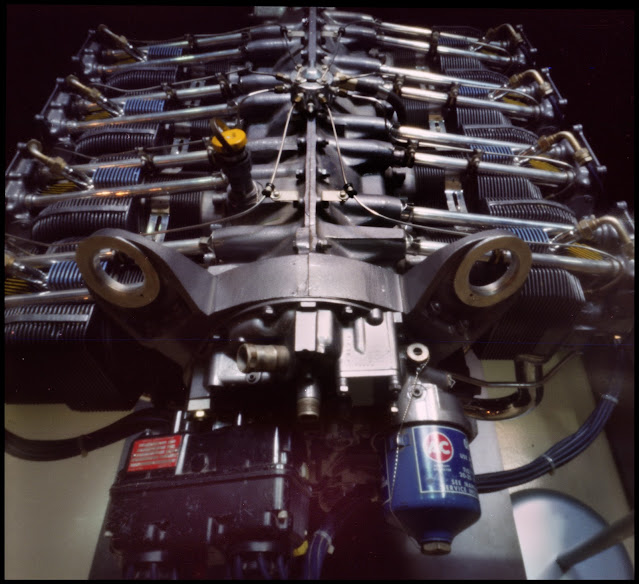 Posted by Nick Dvoracek at 5:35 PM