We had gone to the Green Bay Botanical Garden last year in October and thought we'd check out the summer show. 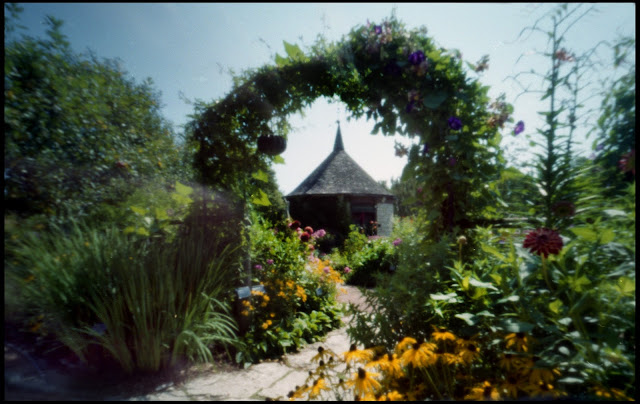 They have the most profuse display of flowers in any garden I've visited and considered coming here once when looking for a sculpture garden to photograph. 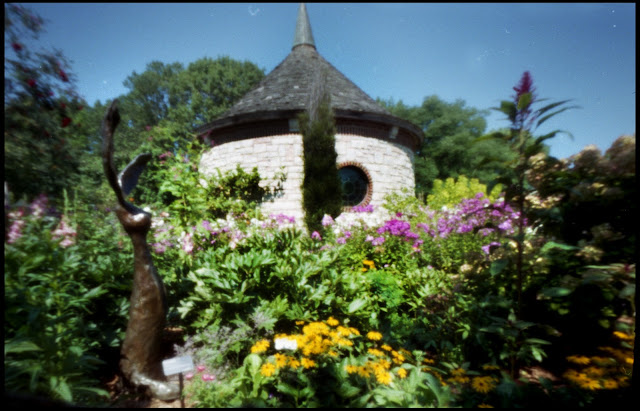 It's built on two ridges and the valley between them. A domed belvedere provides views of the hillsides. 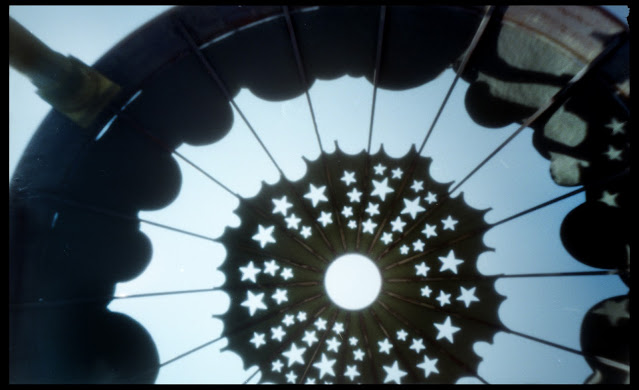 The dome's stellar pattern projects sunbeams on the pillars. 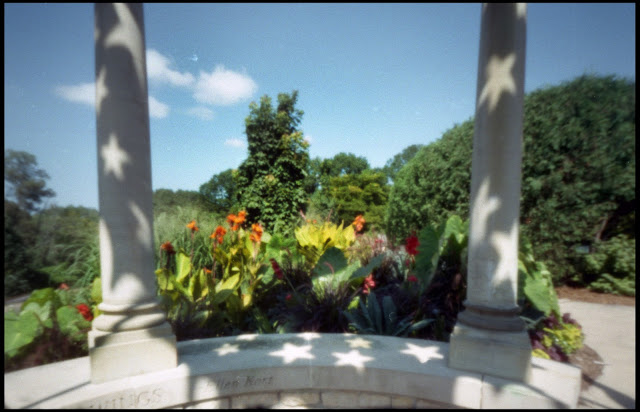 The conifer garden on a terraced slope at the north end of one of those ridges. 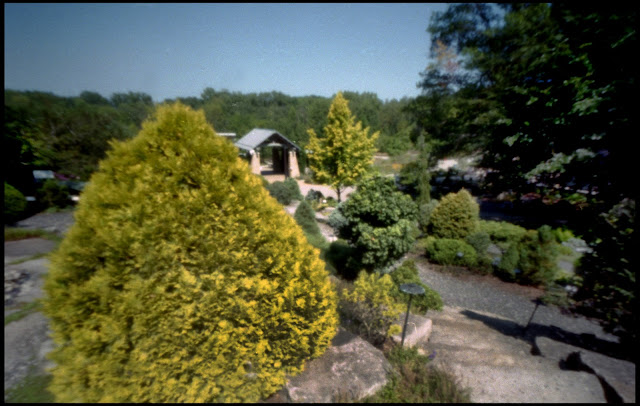 The 1:1 Macro challenge for the Fox Valley Photography Group had just been announced. It was a little breezy to be sticking a camera just 24mm from anything but these arbor vitae needles were inside among the stiff branches. 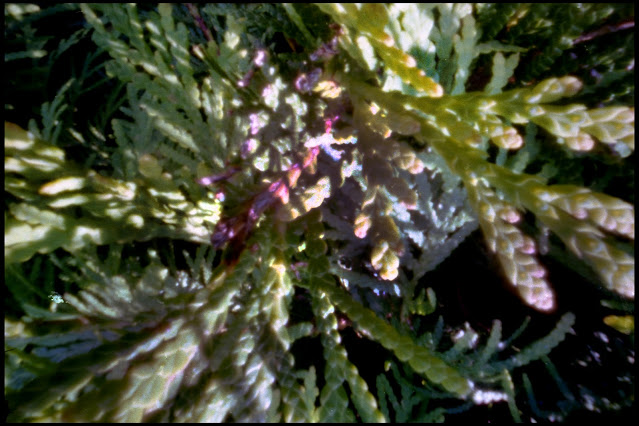 A rose drooping near near the ground also shielded from the wind. I think this is a Peace so the edges should be pink, but the film thought it looked this way. 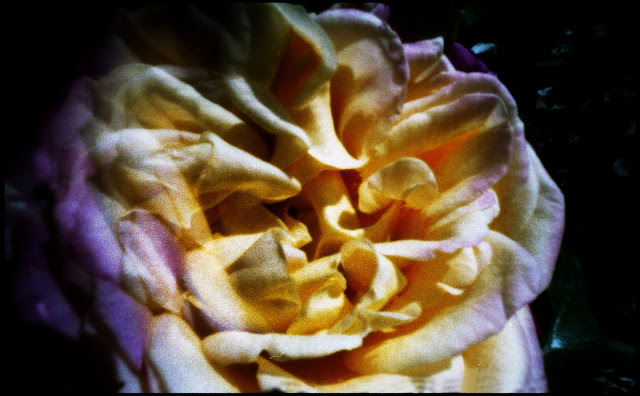 They have a test garden of new varieties of vegetables and perennials. Hovering an inch above a strawberry. A feat of tripodology that took about ten minutes to get right without smashing any plants. 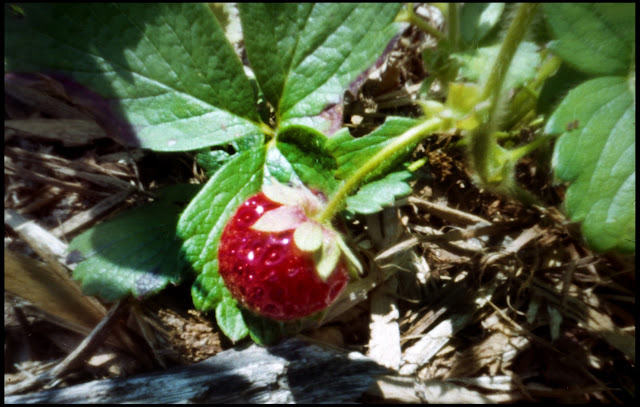 Near the main center, they have a pavilion for events called the Lusthaus. A straight translation of the German is "summer house," but I'd hate to be here when Beavis and Butthead visit. 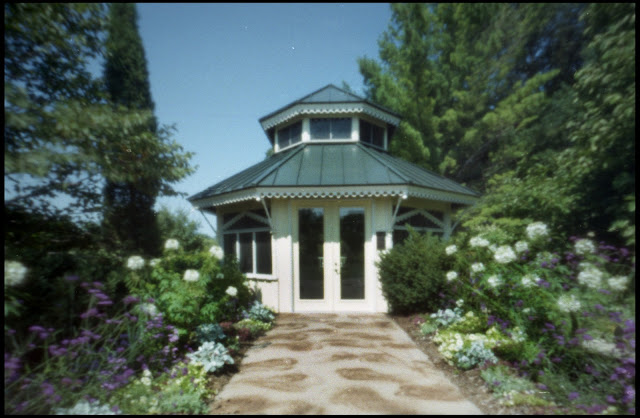 There are numerous places to sit and view the garden, made from rustic materials, casting sunbeams and shadows. 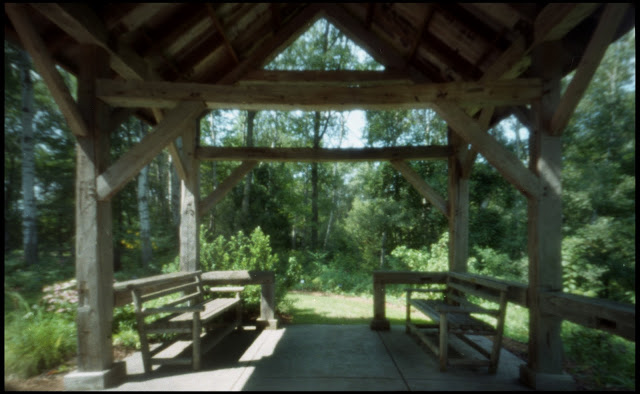 We took advantage of several of these. 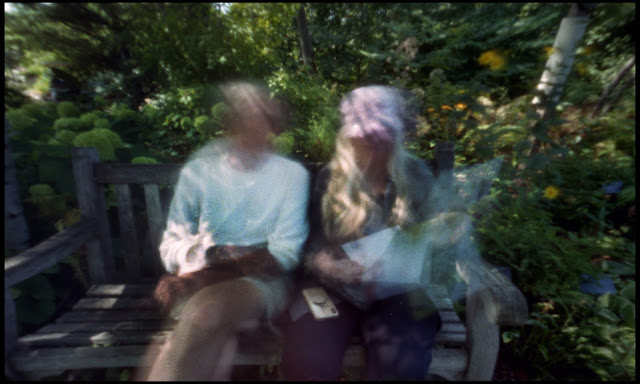 The formal box-hedged display garden. There was a couple with Prosumer Digital SLR's having very serious discussions about their photographs as they reviewed them on back of the camera. They didn't notice the cardboard camera on my tripod a few feet away. We saw another couple who both had high-end DSLR's and one guy with two hanging around his neck. 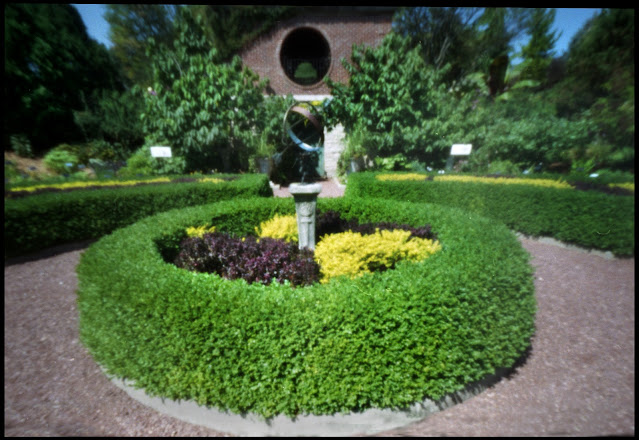 I probably couldn't get away with this for the macro challenge. Each one of these bees is at least a foot long. 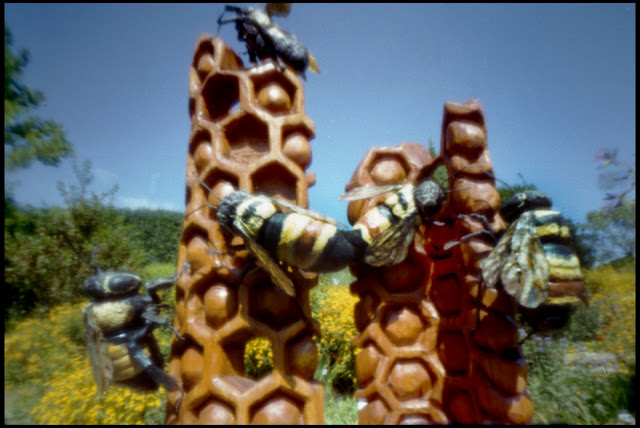 Last October we followed the main path on our way to the Hobbit House and just passed by a trail that went up the hill. They're constructing a new Children's Garden blocking the path where it branches off to the Overlook Garden that we had overlooked last fall. It first approaches a vine covered ruin. 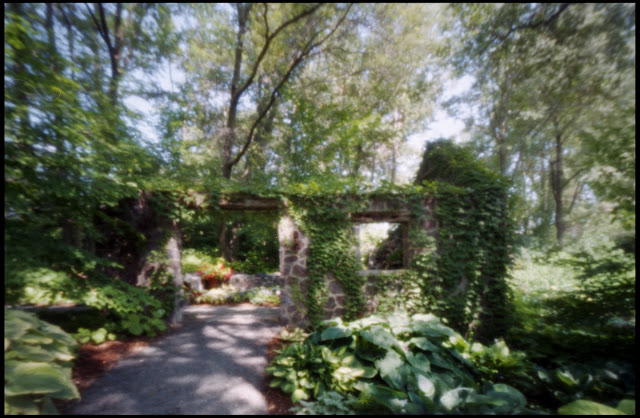 It winds through the forest to another shelter near the promised overlook. 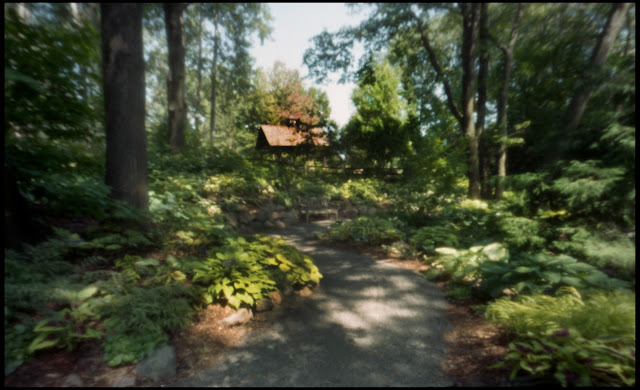 A creek flows down the hill which you can cross on stepping stones. 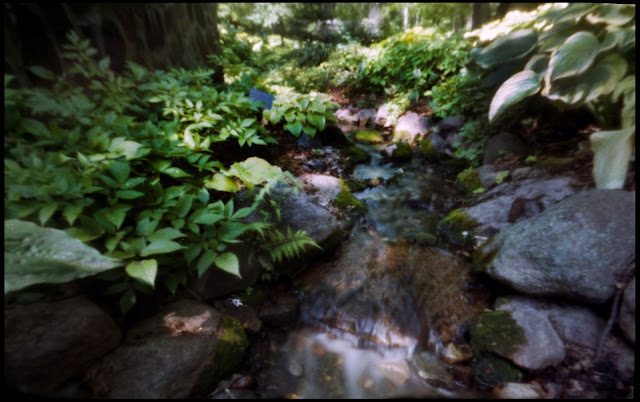 For someone who's a sucker for dappled light, this was just the ticket. 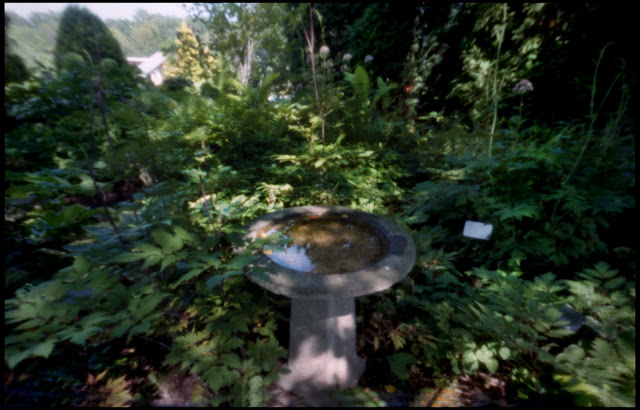 A long wall tops the hill in an S curve I coudn't pass up. 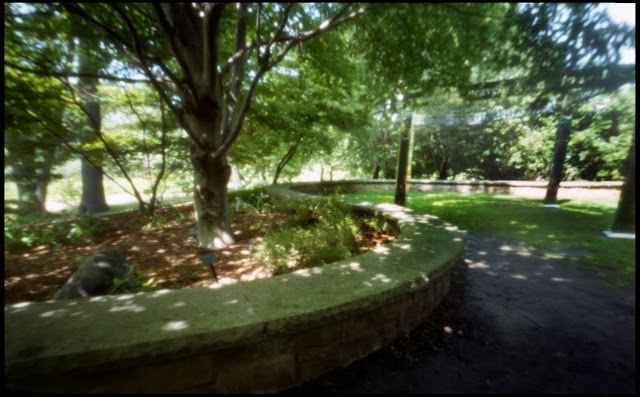 We stopped for lunch at a place called Bleu in De Pere. 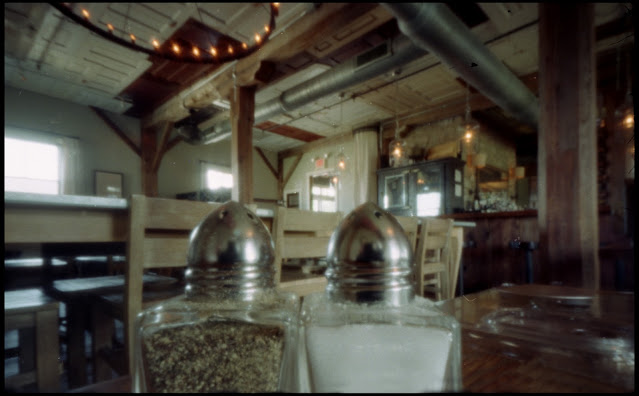 Say, wouldn't those salt and pepper shakers just fit on a 24x36mm frame? 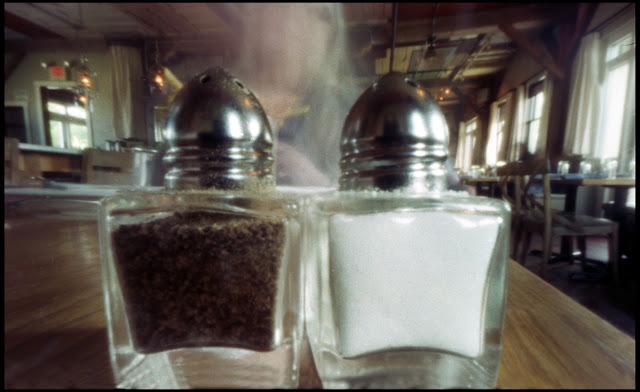 And one macro at home with a cherry tomato on the candy jar. 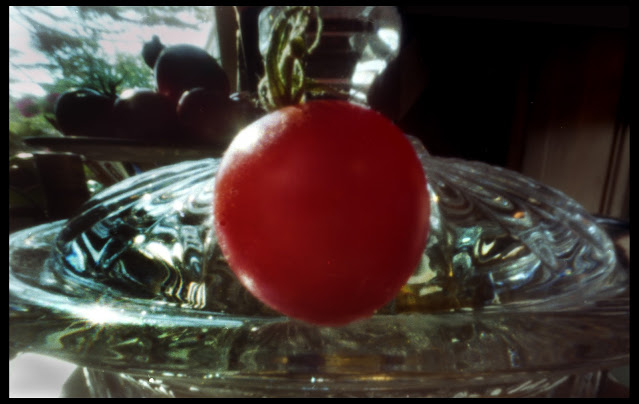