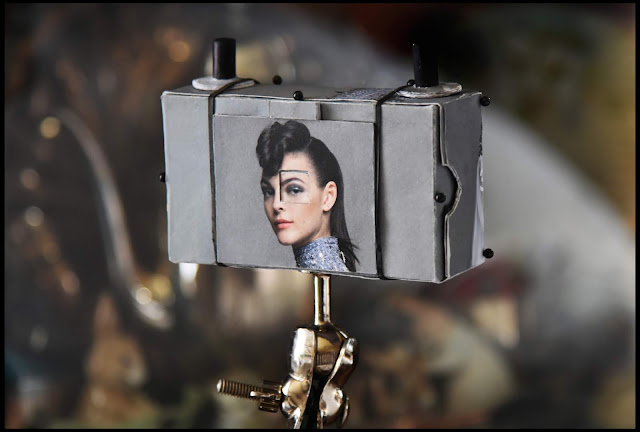 When Karl Lagerfeld died this winter, many photo blogs and web sites noted that he was also a photographer. He continued to produce photographs throughout his career and influenced a lot of modern photography.

Sarah and I have both made on-line purchases from Chanel in the past so we are both on their mailing list. Not long after Lagerfeld's death we each received a copy of the magazine 31 Rue Cambon, probably the last issue he would have been involved with.

As you might expect from Chanel, the cover and some of the photographs inside are printed on some very nice cover-stock. Not very stiff, but a Populist is fairly solid when folded and glued together with the internal structure and a couple film reels inside.

Then the image of what the camera should look like hit me and it was inevitable after that. 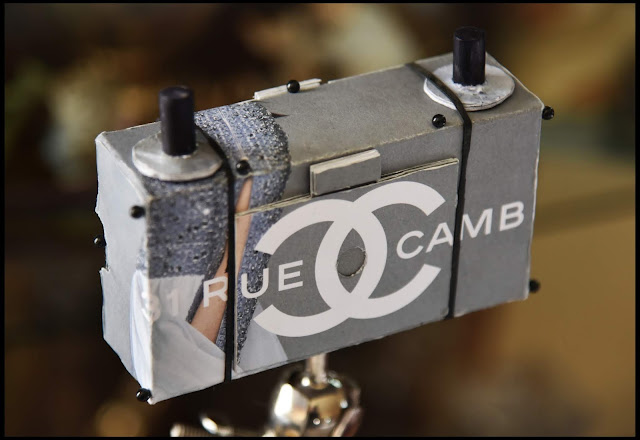 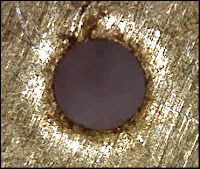 It's a 6x6cm camera, a favorite fashion format. The pinhole is 35mm from the film - rather wide angle. That was determined by how I wanted the design to show up on the box. It's the third medium format camera I've made at this distance because of the constraints of the materials I was making it out of. I've made cameras from Chanel packaging before as well.

I always associate hand-crafting with Chanel so I drilled a .26mm pinhole for it, ever so slightly larger than the prescribed optimum.

It's lightproofed on the inside with opaque black photographic tape.

I'm usually not good at taking photographs that follow a theme based on the camera's design. This time, I think I might have been inspired by the tradition of Chanel photography as well as my association of their products with Sarah.

Bath oil in the bathroom window. 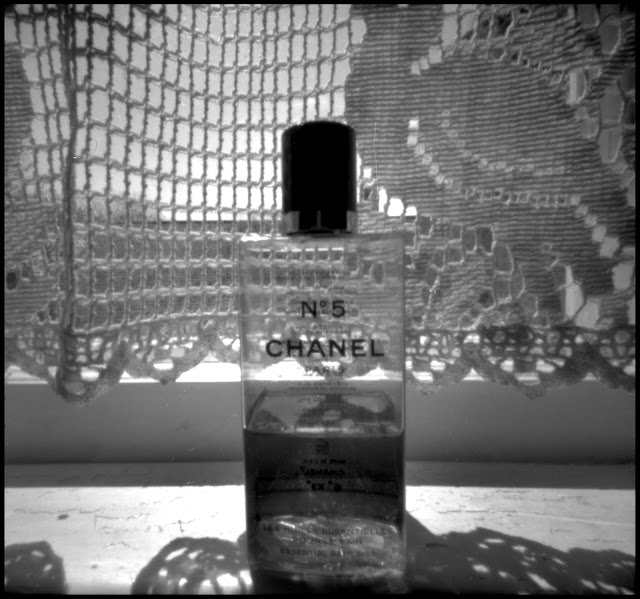 The top of the dresser. 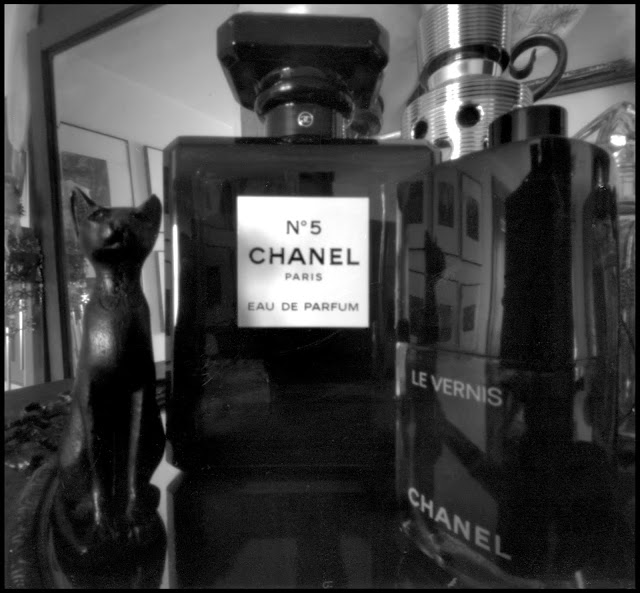 A purse spray and several small perfume bottles including the one she bought in the ticketing hall at the Gare de Lyon the first time we were in Paris. 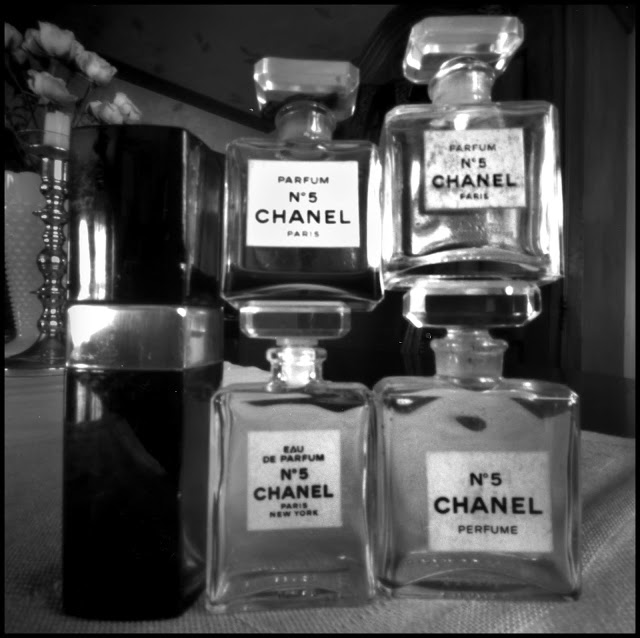 Another purse spray, a purse, and a wallet. 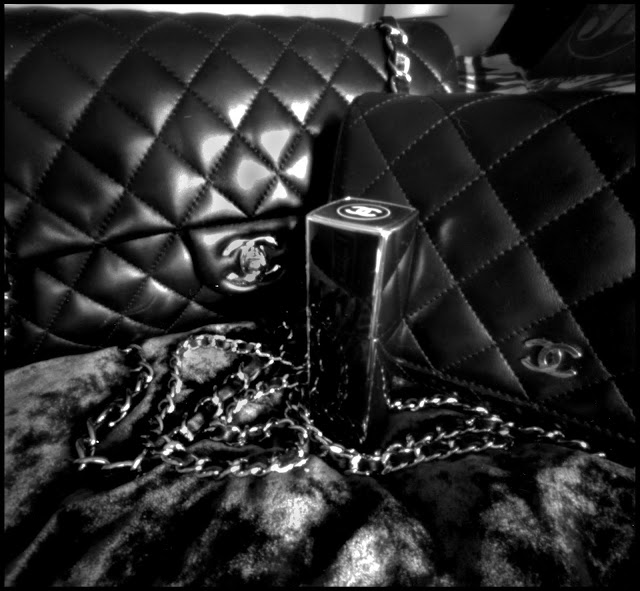 A hand cream egg in the Easter basket. 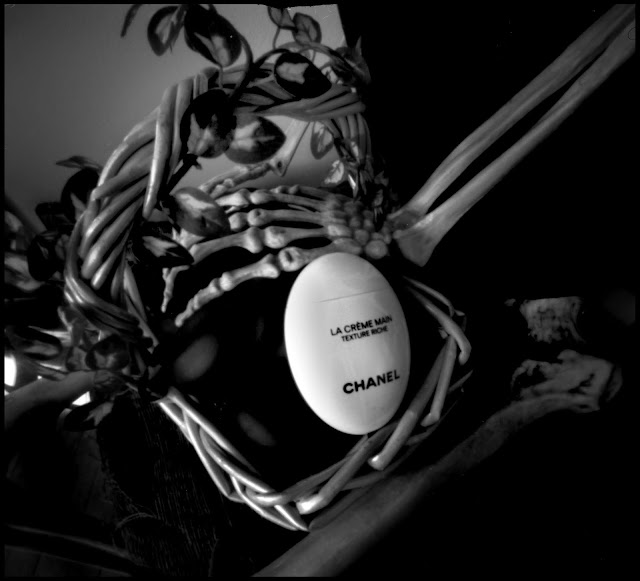 This hat in Sarah's studio isn't Chanel, but the Camellia is from 31 Rue Cambon. 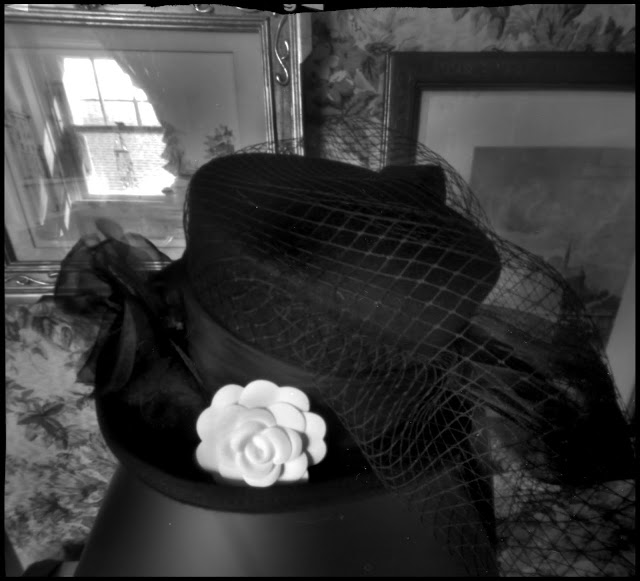 Then it was Worldwide Pinhole Photography Day. I had half a roll left in this camera and a half roll left in the Evil Cube. Sarah had a bad experience in the past when I gave her an untested camera for Pinhole Day so she used the tried and trusted Evil Cube with color film. I took the untested Rue Cambon. We each made one insurance shot with the other's camera, just in case. (Both rolls turned out just fine.)

The insurance shot Sarah did with this camera turned out to be her immediate favorite of the day. 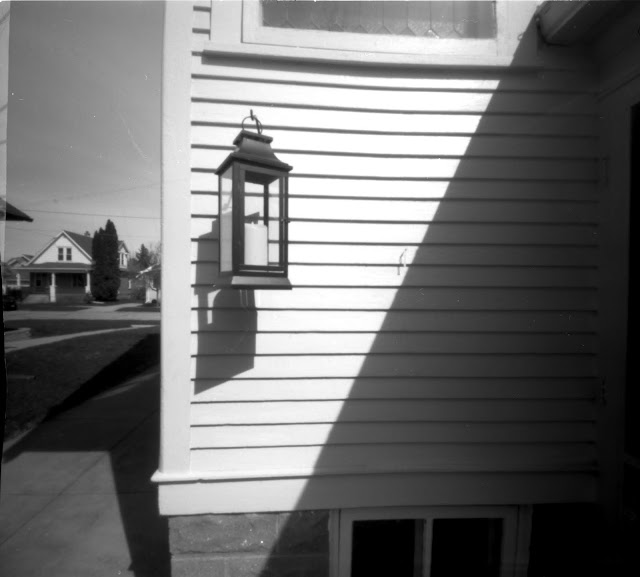 I finished the film. I'm usually a sucker for a sunbeam, but this ex-flower got overexposed and it spoiled the composition. 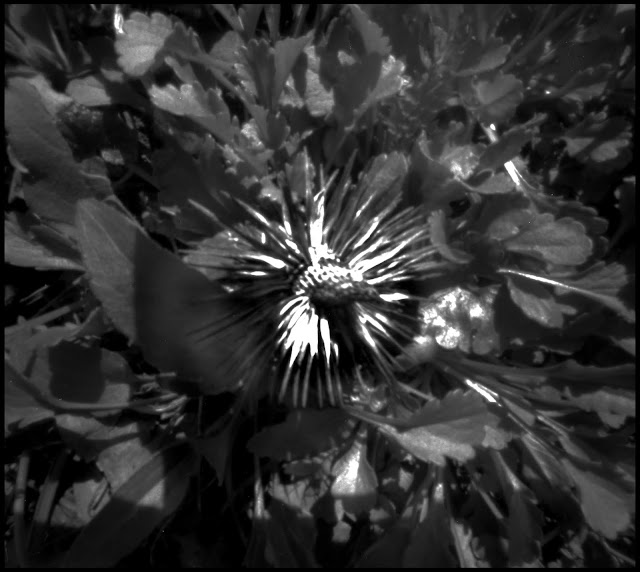 The tulips were just coming up on Pinhole Day. 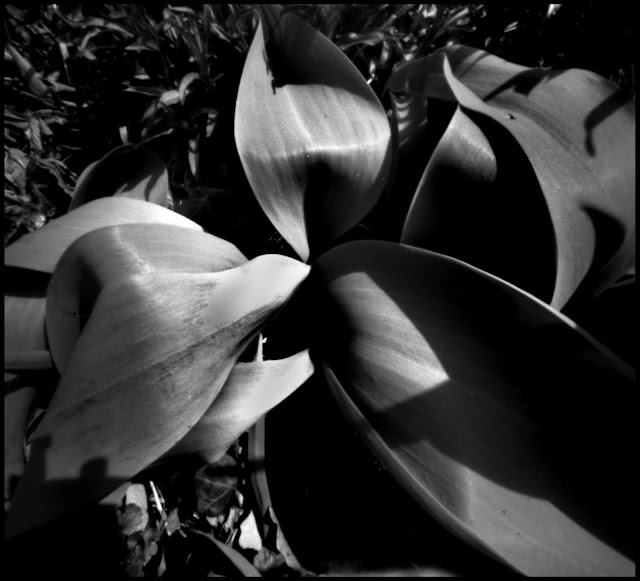 My big excitement this spring has been the first brand new bike I've had since 1975. 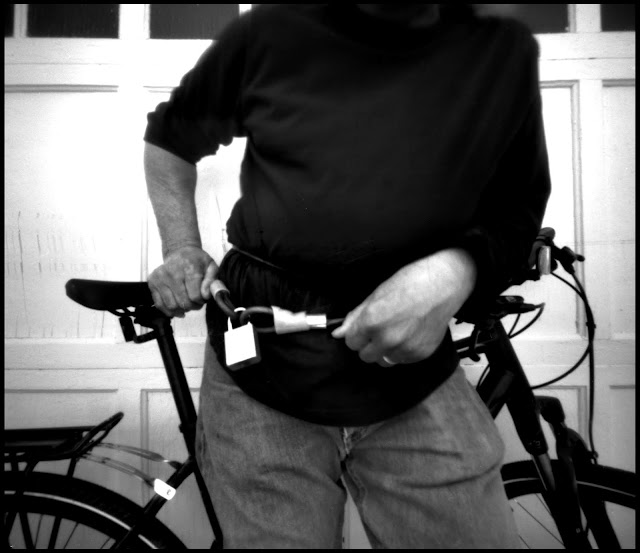 It was the subject for my eventual Worldwide Pinhole Photography Day choice. 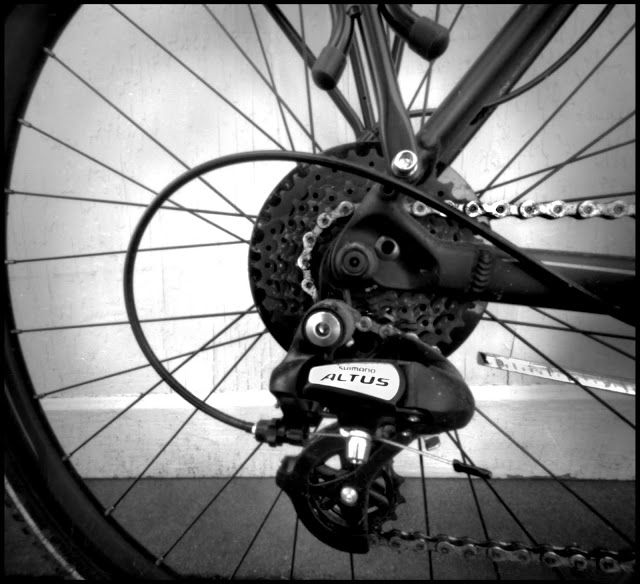 The next day was cold and wet but I thought my striped gloves and generally basic black look fit the theme appropriately. 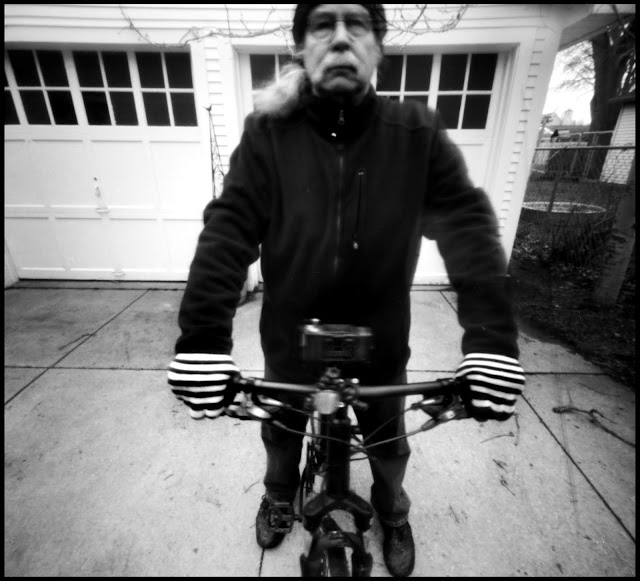 Currently on my kitchen table, in parts waiting to be glued together, is a Little Black Cube. I should have it done in time to test for Sarah to use for WPPD next year.
Posted by Anonymous at 4:12 PM