After spending a summer of intensive therapy with the Manic Expression Cube, I reloaded at the end of August and then it just sat there until Halloween.

Every now and again, usually inspired by a sunbeam, I would make an exposure, swear I was going to continue until the roll was finished, and then ignored it again.

We finally picked the green tomatoes and put them in a paper bag with an apple to ripen. It took awhile but it finally worked. 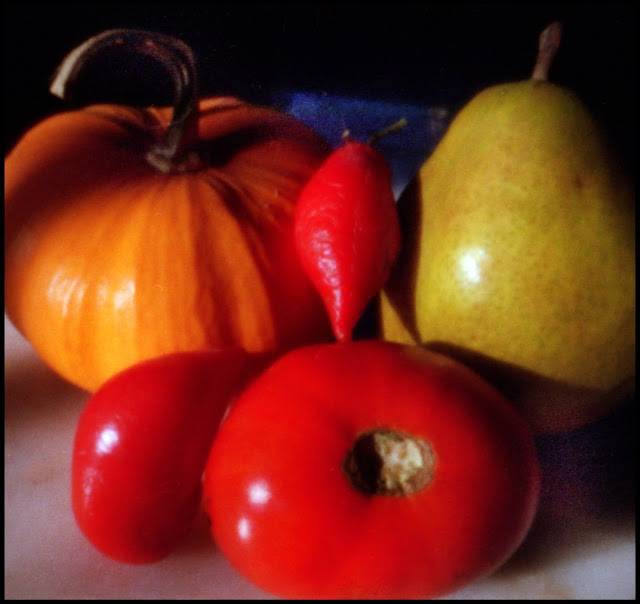 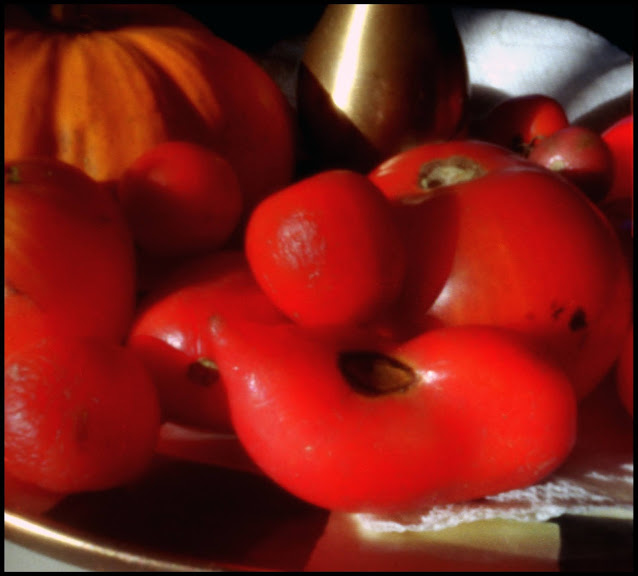 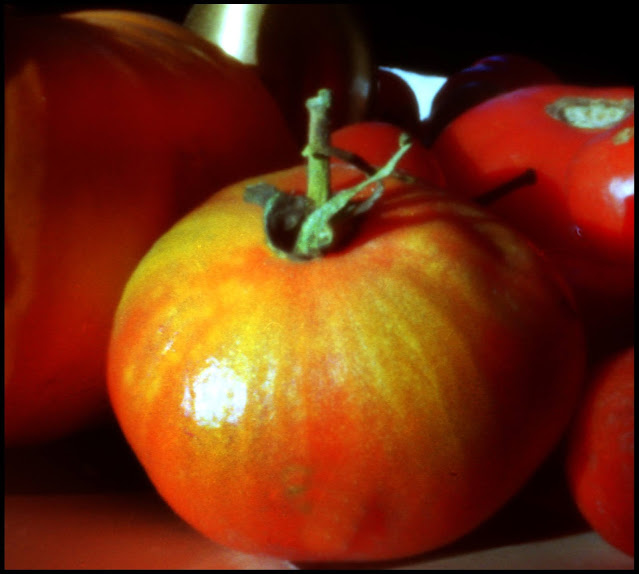 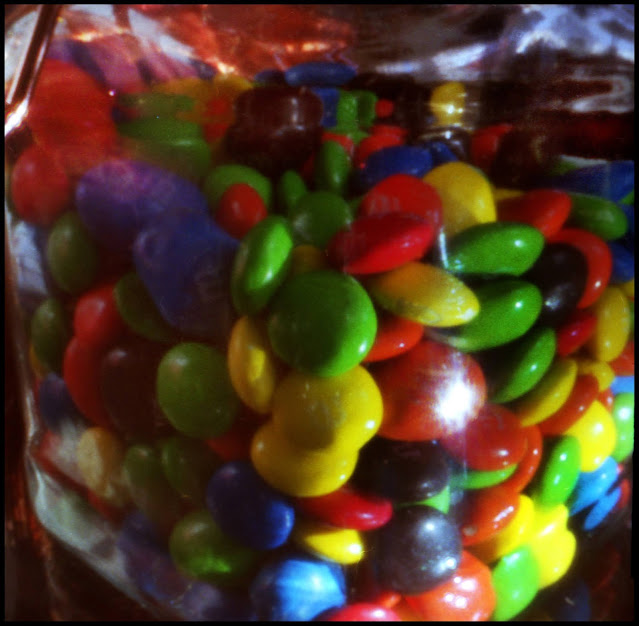 A sunbeam on the mantle piece. 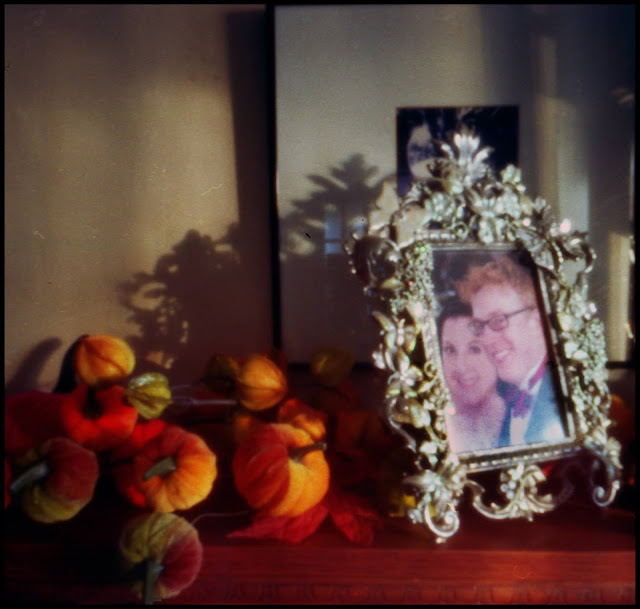 In the late fall the sun reflects off the neighbor’s window and shines in through our north window onto the dining room table. 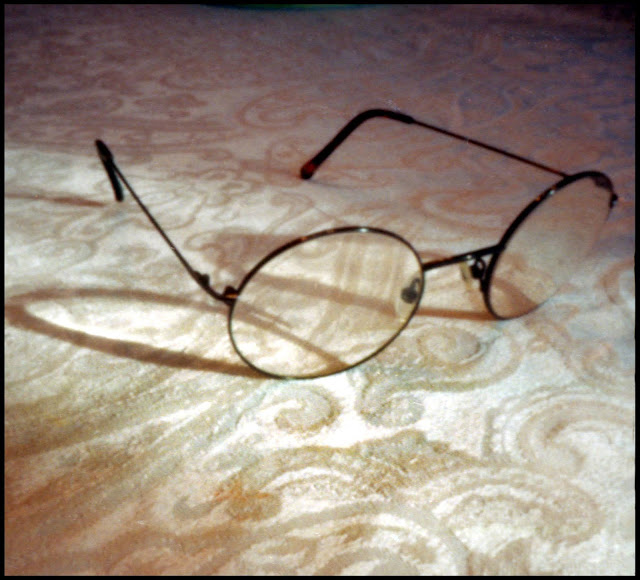 A water glass and a bouquet in the sunbeam. 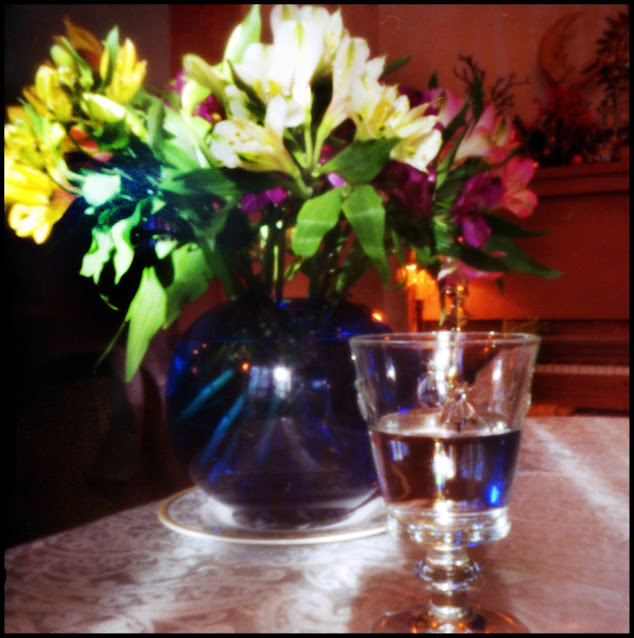 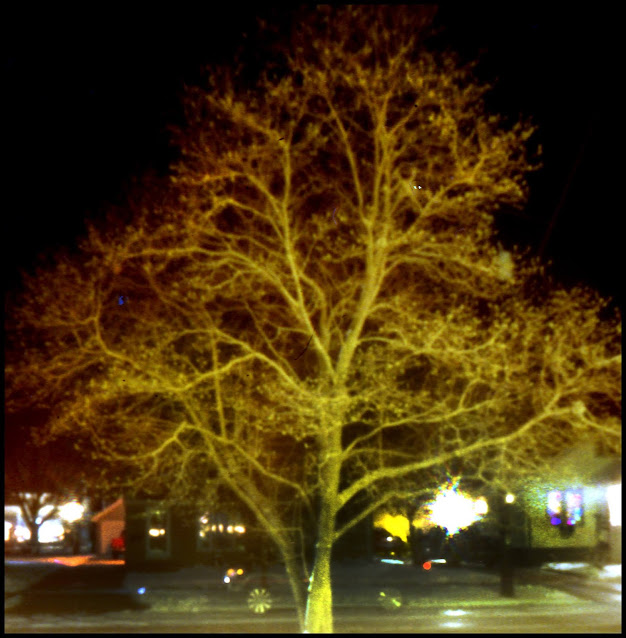 Early in the pandemic, we made sure we wouldn’t run out of dish soap. 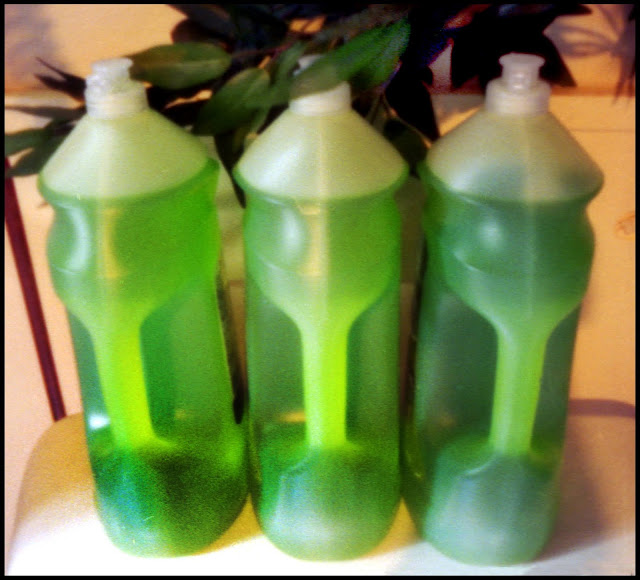 We probably won’t be attending any events where these bejeweled face masks will be appropriate. 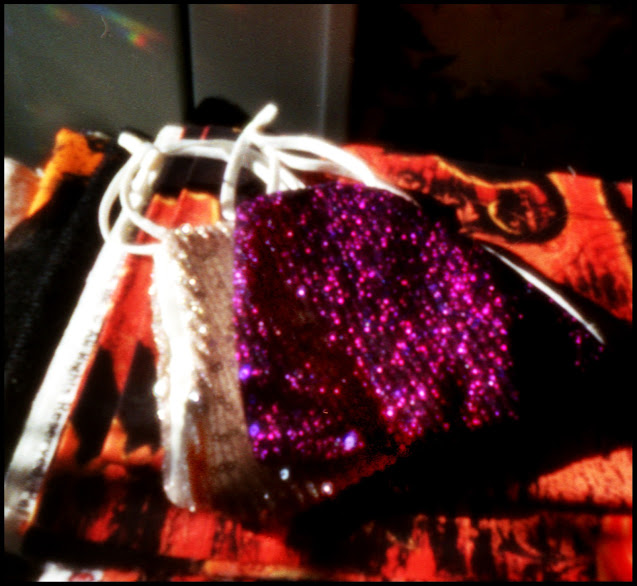 This type of mask might have been appropriate in the plagues of the 1600’s but don’t meet the specifications for the current situation. 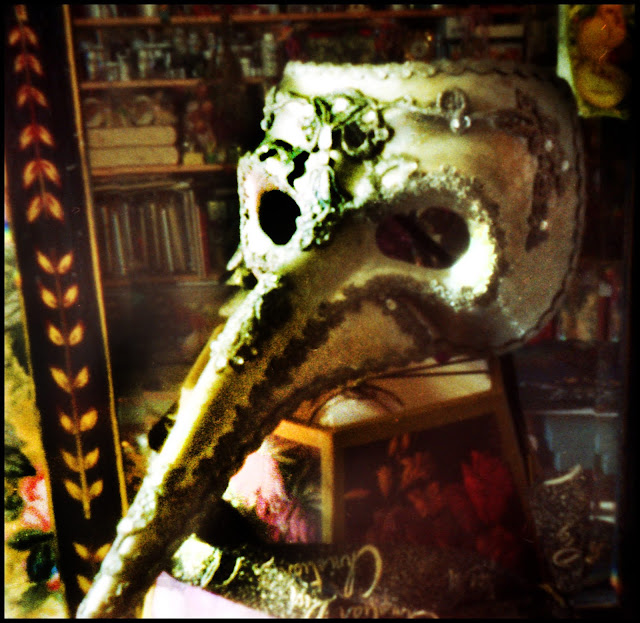 The current state of the scars on my knees. 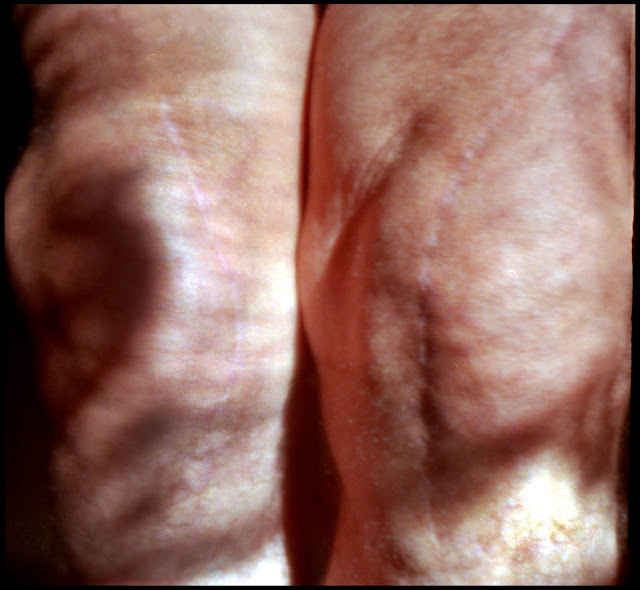 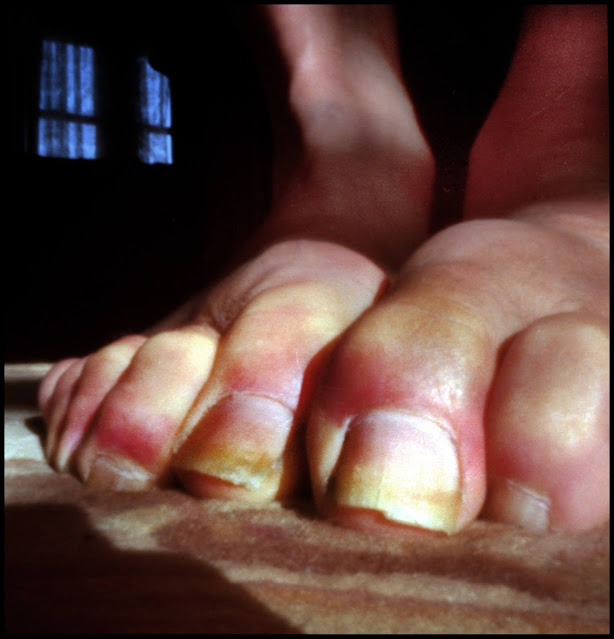 Finally, just after the new year, we had a day where rime ice coated all the trees and I went to Menomonie Park. 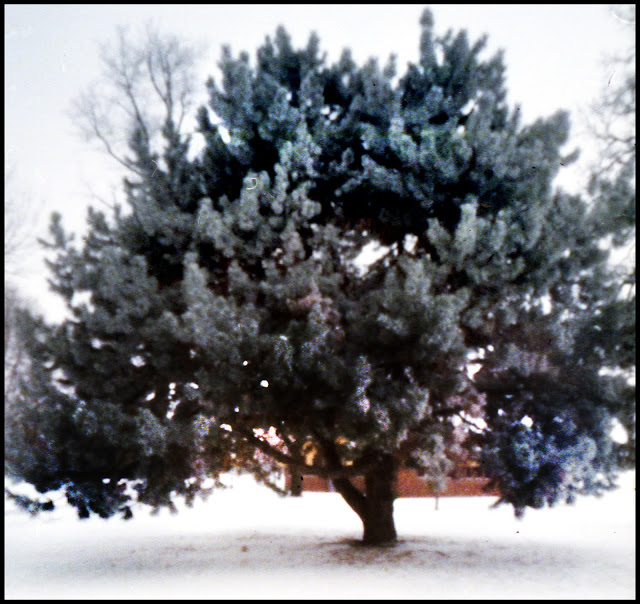 It’s a bit hard to see on the giant oaks. 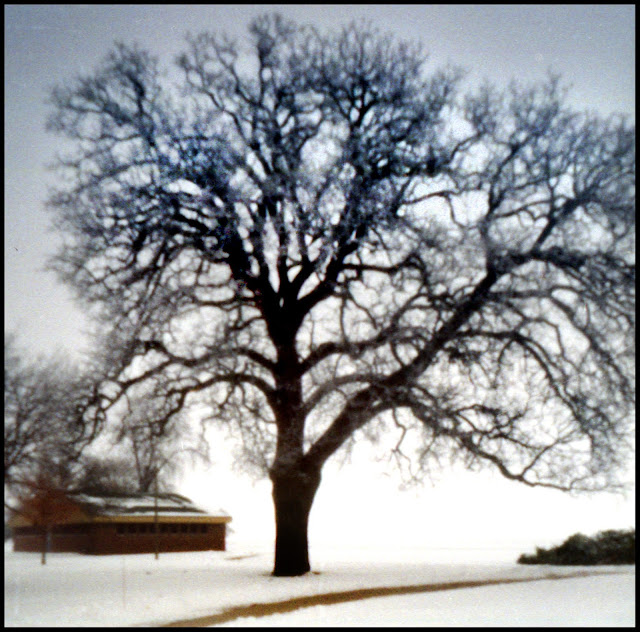 It shows up a lot better on evergreens. 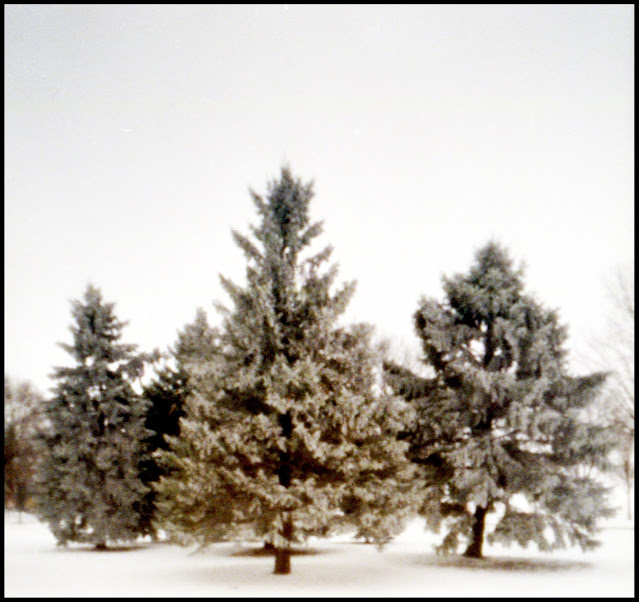 A curvy slide on the playground, 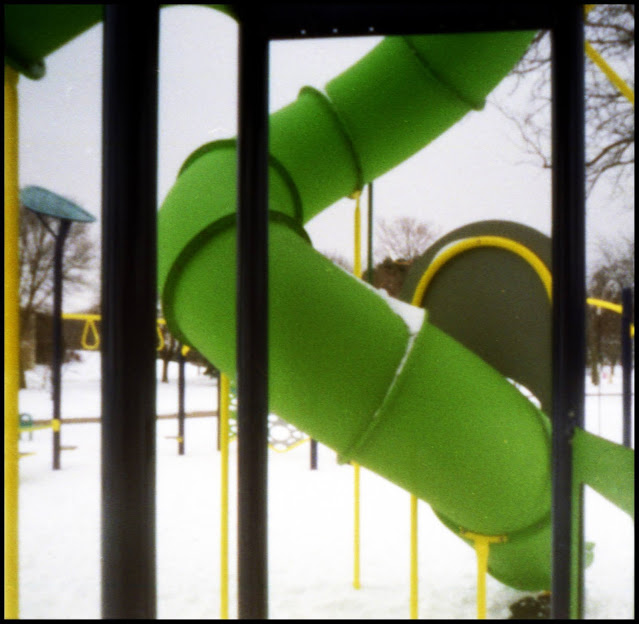 It’s the centerpiece of the new equipment which recently replaced an older wooden playground which was meant to resemble a pioneer settlement. 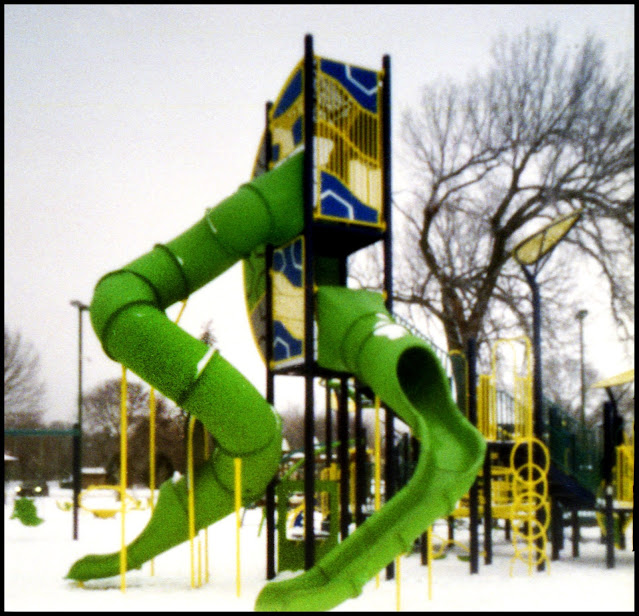 The park is the site of a drive-through display of lights during the holidays. 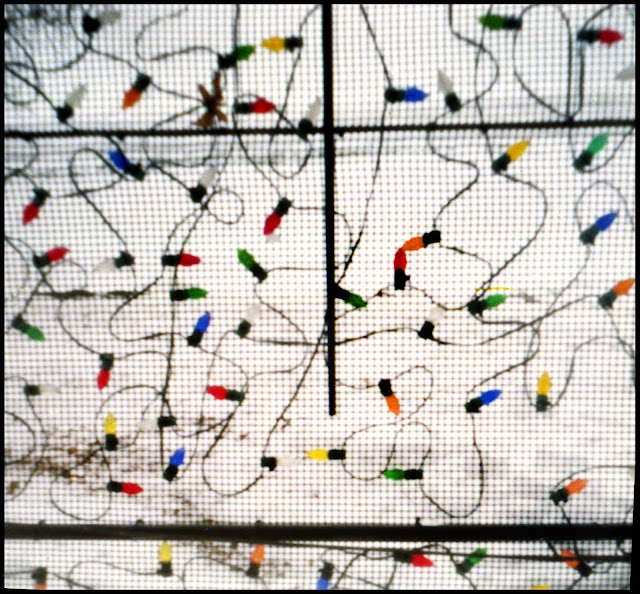 The ice on the lake was only a few inches thick, but it still pushed up this substantial shove along a crack just off the shore. 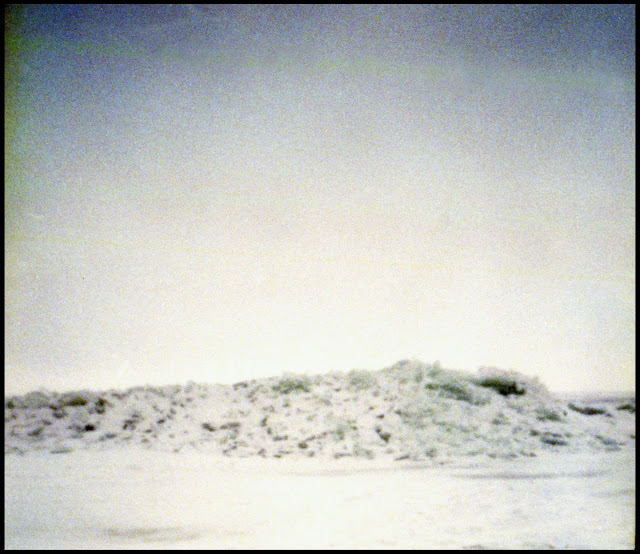 The last frame on the roll was of one of the small trees that line Miller’s Bay with Ames Point on the horizon. 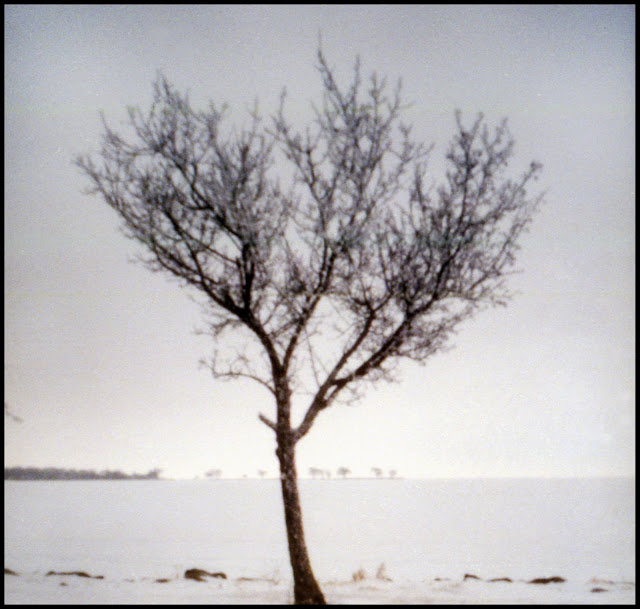